Welcome back for the third round of the Xbox Live demo round-up, where I, the idlest hands in the game-reviewing community desperately try to use a plethora of demos to take time away from the vast, barren expanse that is my schedule.

Without any further adieu, here are the games! 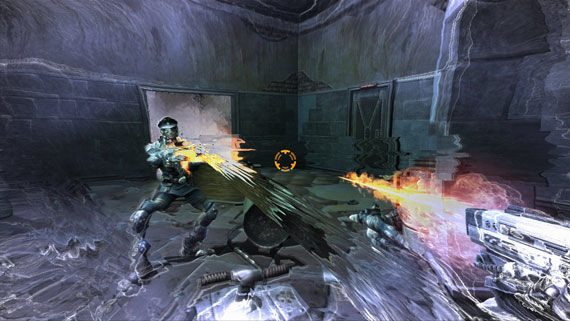 TimeShift – It's the first person shooter that allows the player to control time to a very limited extent. Although the game's art and character design are incredibly familiar-it's essentially a game about the ninja from Metal Gear battling fascist stormtroopers in the world's most generic dystopian future-this demo is worth a download just to check out how smoothly the central time manipulation gimmick works. All three functions are mapped to a single button, and the game figures out which to use at any given moment. For general gunfighting time slows down, for close up fighting it stops, and whenever something catastrophic happens the player can spin the clock back and walk through a building as it un-explodes. It's visually stunning and extremely playable, but it's unclear based on the demo whether gimmicks alone are going to be able to carry an entire game. 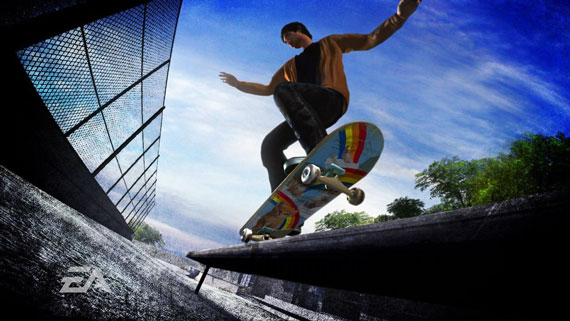 skate. – When a game's title offers a pretentious mix of off casing and unnecessary punctuation, it's a sure sign of an uphill slog ahead. The main attraction here is a realistic depiction of skateboarding, meaning that jumps never get higher than a few feet off the ground, and stairs pose an incredibly painful obstacle. Sadly, I found the game's revolutionary 'gesture-based' control scheme stiff and awkward. Frankly, I just don't see the improvement over button-based playing. This is what Def Jam Icon did, much to my disappointment. Maybe there's some kind of wonderful depth that the new control scheme offers that I'm just not seeing, but the demo's time limits is so short that I didn't get a chance to really explore things. Which brings me to a big problem with the demo's I've been seeing: Time Limits. What are the developers thinking here? I'm already playing a tiny level of whatever game with access to almost no missions and (I'm sure) just a fraction of the moves-what do they think I'm going to do if I'm allowed to sandbox around for an unlimited amount of time? Are they afraid I'm going to get bored of the gameplay, and if so, what does that say about said gameplay? From here on out I'm going to list whenever a demo has a time limit attached as a warning to potential downloaders. If they're not going to let you get a good look at their game, you should know about it beforehand. 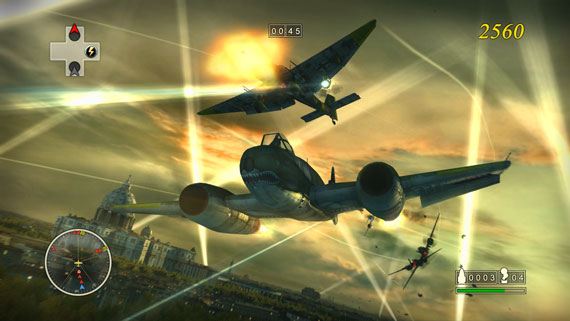 Blazing Angels 2 – Sure, demos give gamers a chance to try out upcoming or recently released software to aid in their purchasing decisions, but they can also serve another important purpose: informing people of games they already wanted, but didn't know existed. Blazing Angles 2 is a perfect example of this – loved the first game, as my review makes clear, and all I need to be told to make the second a priority is that it offers more of the same. This demo assures me that it does, which is all anyone needs to know. In addition to the same great dogfighting gameplay, the developers have added a scoring system and upgradable weapons and vehicles, which should add a little depth to an already great formula. And right at the end of the demo an assault zeppelin made an appearance, which is as close to perfect bliss as I'm ever likely to get. Of course, I'm a little conflicted on the zeppelin front, sure, they make me deliriously happy, but they furious wondering where in the heck my next-generation Crimson Skies game is. Seriously, what is the hold-up, people? 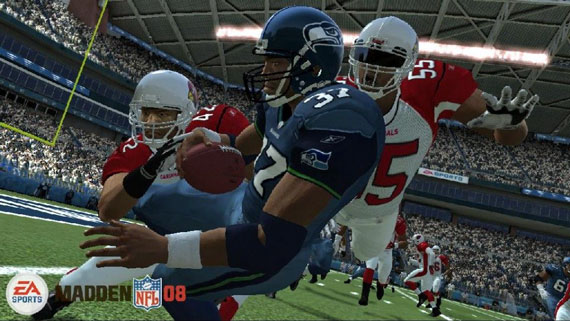 Madden NFL 08 – I found Madden NFL 08 just as complex and bewildering as the two football games I covered last week, but this time I actually managed to throw a couple of successful passes, so I'm officially declaring it better than NCAA Football '08 and All Pro Football. 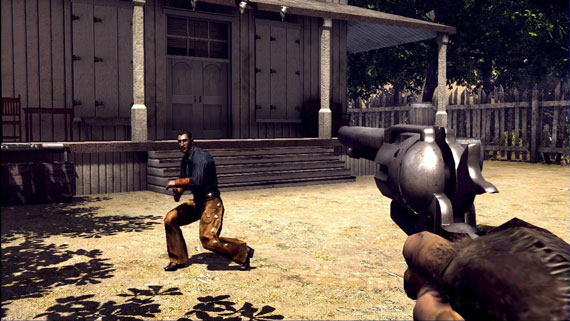 Call of Juarez – This demo looks great, I'm always happy to see something set in the old west, and it featured the hilarious archetype of the crazed religious gunslinger who quotes bible passages while blowing people away. So why did this demo frustrate me so completely? The wealth of loading breaks. In the single (relatively short) level that this demo offers there were no fewer than five different loading breaks where the action stops and a cylinder spins on the screen. There's even a loading screen that splits the level in half. I can't remember the last time a game on the 360 stopped dead this frequently, and I pray the full game isn't the egregious. 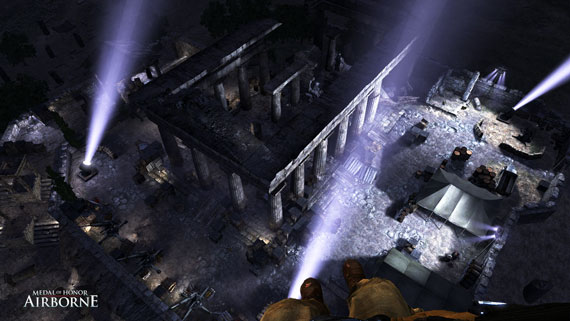 Medal of Honor Airborne – It offers all the graphical improvements an audience expects from the new Medal of Honor game, with a few nice gameplay changes to match. A reward system that gives weapon upgrades for headshots is a nice start, as is the smooth popping-out-from-cover mechanic. Still no blindfire, but it's a step in the right direction. The biggest change, though, is the level design. Rather than an incredibly linear structure, the game allows players to parachute into any part of the level, and then attack the various objectives in any order they want, fighting their way through the streets in any way they'd like. I just hope the entire game is like this, rather than just a few levels. The only major downside is the unsettling scrubbed-clean quality of the violence-if the lack of blood splatter wasn't unrealistic enough, a little red sign flashes on the screen whenever a bullet hits an opponent. It dragged me out of the game every time, and got incredibly frustrating by the end. Hopefully there'll be some way to turn this off in the final build. 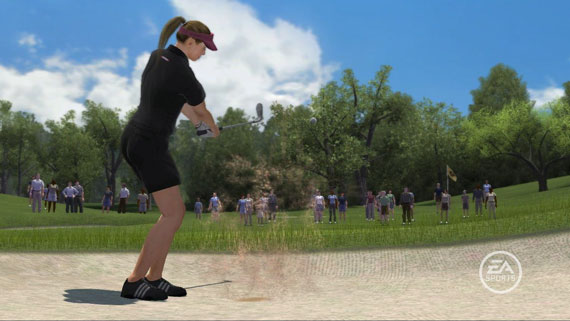 Tiger Woods PGA Tour 08 – This is the first time in more than a decade that I've played a golf game that didn't involve Mario. If I'd known I was going to have such a great time, I wouldn't have held off for so long. Most of my enjoyment was borne from the game's analog swing controls. Rather than clicking to make a bar start and stop, I simply pulled back and then pushed forward to make my swings. The power was determined by the speed of the movement, and the accuracy by my ability to push the stick in a straight line. I don't know if this is a new thing or not, but it made the three holes I played quite a pleasure, and whetted my appetite for more.

Thanks for joining me here at the Roundup folks, see you next week when the Roundup moves into a new format, with more frequent, detailed updates about each individual demo. Also it'll probably be called something different.

one thing he didn’t include about the timeshift demo, was that you dont have to let the computer decide whether to stop, slow down, or rewind time, you have the option to do it at will if you choose.

and ya, the demo might have been fun but the Full game, is pretty SLOW.