School’s Out… For Terror 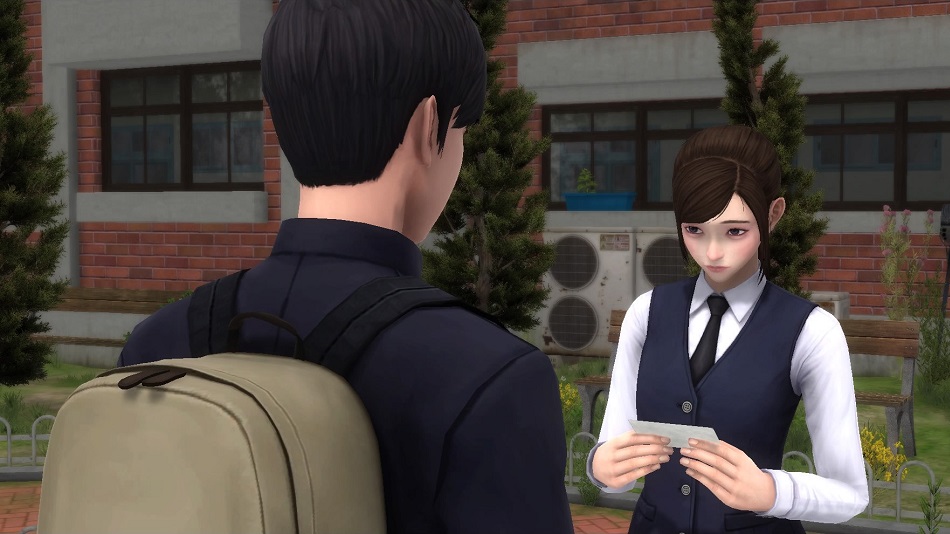 WTF So you just expect me to randomly check out that room before fighting the tree?

I’m incredibly happy that I waited to review White Day, because it did not make a good first impression. A sadistic difficulty spike made me stop playing for quite some time, and during my absence from play the developers put out a series of patches that repaired the biggest flaw I found in its design. Suddenly, when I came back, it was a pleasure… well, a pleasure where ghosts occasionally appear right in front of the player and scream.

White Day: A Labyrinth Named School is a first-person horror title set after-hours in South Korea’s most haunted place of education. Players assumed the role of a teenage boy who winds up staying after classes and finds himself locked in with a bunch of girls who have their own reasons for sticking around. They were joined by a whole passel of vengeful spirits and a bunch of murderous janitors who made the thing almost impossible to play.

So, those janitors. They stalked the halls of the school, unafraid to use the cudgels they carried to beat trespassing students to death. They had eagle eyes and the hearing of bats, and the moment they got the slightest sense that the player was around, they’d run straight for them, nearly as fast as the player could move.

There was no reliable way to escape them, save for ducking into a bathroom stall and remaining very still. In White Day‘s first building, long corridors with plenty of doors meant there was a slight chance the player could avoid a chase by going into a room and hiding for 90 seconds or so. The second building offered no such advantages thanks to an open-concept design that ensured a janitor could always see the player the moment they moved. These intractable foes completely ruined the adventure’s pacing by forcing players to either take part in a chase or constantly hide, resulting in the same two minute gameplay loop repeated ad nauseum.

Then the developers fixed it. 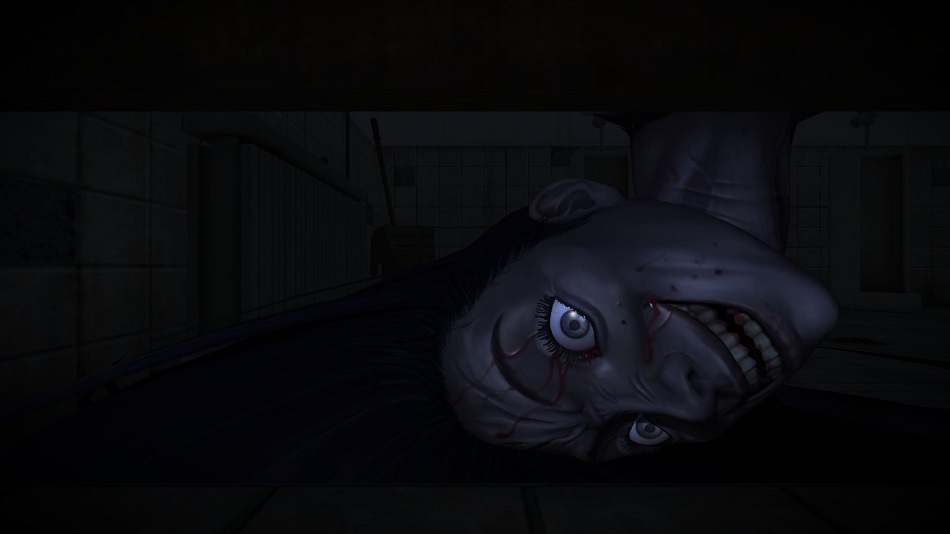 It took them three tries, each one shortening the janitors’ sight range, slowing them down, or lowering the damage they did until they finally found a solid balance. Then, when the janitors weren’t always in the player’s face, dragging them into impossible-to-enjoy gameplay, they were just menacing figures that popped up now and again to provide a decent threat without taking over the experience.

After these tweaks, White Day was completely transformed. Now that I was able to focus on learning the game’s story and puzzling out its mysteries, what I found was a largely competent horror game in the vein of Silent Hill and Clock Tower where a trapped character works their way through a series of trials, solving puzzles and making choices to send them towards one of many endings.

It’s not as carefully tuned as it could be, though. A number of the puzzles go woefully unexplained, or are difficult to control. The notes that offer clues to item locations require the player to absolutely scour the rooms, and scenes that require quick action tend to demand a kind of precision that’s incredibly hard to manage from a first-person view. Whether it’s aiming a magic mirror at a teleporting ghost, or positioning speakers at key points around a room, the camera frequently proved a hindrance.

The worst, offender, though, was a puzzle/boss fight that has the player battling a Triffid infestation (Google it) in the school’s first building. After triggering growth of the plants, the player has to run around dealing with each individual shoot before taking on the main trunk by using an item they’re told will cripple it. I attempted this mission and died a number of times before finally surrendering and consulting the internet. It turns out that if I’d searched a random room and found a special spray that there were no clues for, I’d have had the chance to play a QTE and finish the boss off. That’s not a puzzle, just sloppy design.

White Day isn’t at the top of its genre, but it’s a solid entry. The real surprise, though, is the effective post-release work that the developers did to fix their game and transform it into something worthwhile after starting it off as a frustrating failure. There are plenty of issues with taking games away from physical media, but examples like this support the concept — the developers didn’t release an unfinished work, they’d just made bad design choices. Luckily, the current nature of gaming gave them a chance to turn a mediocre work into a good one, and they were smart enough to take it. Rating: 6 out of 10

Disclosures: This game is developed and published by SONNORI Corp. It is currently available on PS4 and PC. This copy of the game was obtained via publisher and reviewed on the PS4. Approximately 8 hours of play were devoted to the single-player mode, and the game was completed. There are no multiplayer modes.

Parents: According to the ESRB, this game is rated T and contains  Blood and Violence. In addition to the visual violence – clubbings, stabbings, tree murder – the narrative goes to some pretty horrible places not reflected in the rating. Dead baby places. Suicide places. School torturing people into madness places. So maybe restrict this to older teens.

Deaf & Hard of Hearing Gamers: The game is subtitled, but you’re going to have real trouble playing – there’s no visual cue letting players know when the janitor is coming. This will make chases impossible to avoid, and incredibly difficult to complete.