The Night Of Too Many Heroes 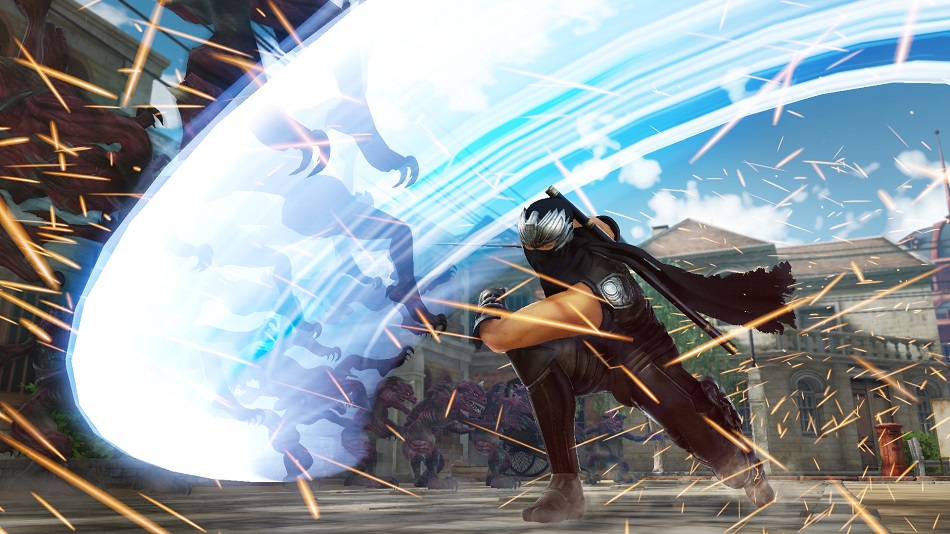 HIGH Wiping out 2000 enemies in thirty seconds during an invincible rush.

LOW No Fist of the North Star characters? What gives?

WTF Hanging out in the spa with a robot and a couple of serial killers.

Well, the good people at Omega Force have done it again, proving that there’s no end to the franchises that can be smoothly imported into the musou genre to great results. This time it’s a ‘Best-Of’ compilation, pulling characters from all of Koei-Tecmo’s top franchises (as well as some less popular ones) into a story about a world of fox-people in desperate need of heroes to save them from a cataclysmic event just a few days away.

…So it’s basically the exact same premise as the Dragon Quest Heroes games, only instead of DQ characters, these desperate people summon an eclectic range of heroes, ranging from the heroic shinobi of Ninja Gaiden and the murderous psychopaths of Deception, all the way down to a cat version of Nobunaga Oda from an all-feline reimagining of the Romance of Three Kingdoms… which is a real game, apparently?

Warriors All-Stars lets players pick which of three various factions to side with at the start of the game, then lets them fight through a series of branching missions while learning the secrets of the world, recruiting new heroes, and working their way towards one of over a dozen endings. All of the missions follows the traditional musou structure with bases to be captured, heroes to drive off, and treasure to collect.

Much of All-Stars‘ charm comes from seeing the faithful translation of familiar characters and locations into an entirely new genre. Running around evil mansions from Deception or sunny Atelier meadows is something I’ve done dozens of times, but seeing them filled with thousands of soldiers thirsty for my blood was a thrilling change of pace. The developers have done an incredible job of making everyone fit into the musou world — while it’s easy to adapt characters who already brawl from Ninja Gaiden or Dead Or Alive , seeing RPG faces like Sophie and Platcha, or a pachinko game hostess like Rio conjuring spells and kicking ass is a complete surprise in the most delightful way. 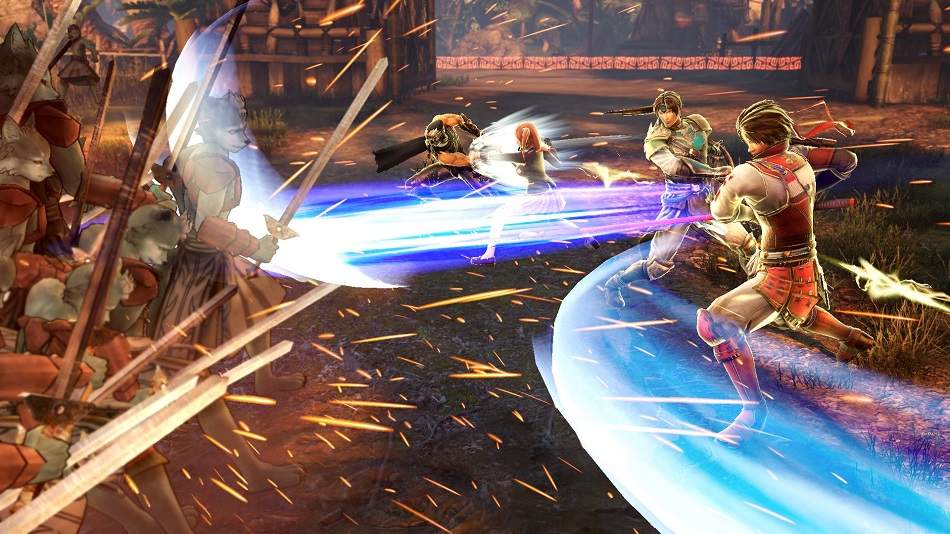 The combat is extremely well-built, faster and more accessible than in other musous I’ve played, presumably to make sure it can be easily played by people unfamiliar with the genre and drawn in by the appearance of favorite characters. In addition to the basic light/strong attacks and super moves, players go into the field accompanied by up to four supporting heroes. While they can’t be freely switched between, each of the supports has a special technique that can be triggered at will, as well as the ability to form a line of attackers. using this ability, up to five characters can be onscreen at once, fighting in unison and wiping out hordes of foes with simultaneous combos.

The developers have also done a great job of keeping combat fair even while the player’s characters are monstrously overpowered. This is done via a ‘bravery’ stat that acts as an attack and defense multiplier. Defeating enemies, securing camps, and completing side objectives all fill up the bravery meter, which goes from one all the way up to ten. So, while leveling characters is important, it’s not vital in the way battlefield strategy is. Players are encouraged to start with skirmishes to build up bravery, fighting low-level captains and heroes until they’re strong enough to take on the field’s bosses. This system gives each individual battle its own unique flow, keeping them from feeling repetitive or stale.

In addition to the story missions, the developers have come up with a half-dozen other types of missions that players can take on to level up their characters and boost relationship stats between teammates. While most of them are basic battles in a variety of settings, there are also a good number of quirky and innovative fights, including ‘rush battles’ where the player has to continuously defeat foes to keep a timer from running out, ‘death matches’ where one hit will kill anything, and team battles which challenge the player to defeat ten heroes in a row, each stronger than the last. All are intriguing spins on the musou format.

While the story isn’t particularly innovative or surprising, it’s well-told with great voice-acting from the characters. More importantly, All-Stars is incredibly decent about helping someone find all the endings. At any time players can open up the pause menu and take a look at a roadmap for how to unlock various missions and characters – it starts out covered in question marks, but as more and more entries are filled in, it soon becomes a clearly -delineated path showing the way to anything someone might have missed.

On one level, it’s incredibly satisfying just to see popular characters from various franchises hanging out with one another. Especially when the franchises are as incredibly different as these – what could William from Nioh possibly have to say to Ayane from Ninja Gaiden? A lot more than one would think, apparently. Beyond the fan-friendly concept, the developers have put together one of the strongest and most playable musou titles, ever, and is a beautiful thing that will satisfy both genre fans and newcomers alike. Rating: 8 out of 10

Disclosures: This game is developed by Omega Force and published by Koei-Tecmo. It is currently available on PC and PS4. This copy of the game was obtained via publisher and reviewed on the PS4. Approximately 30 hours of play were devoted to the singleplayer mode, and the game was completed multiple times. There are no multiplayer modes.

Parents: According to the ESRB, this game is rated T and features Alcohol References, Suggestive Themes, and Violence. It’s pretty tame by musou standards, with foes getting knocked out rather than dismembered. Still, a lot of death is discussed, as is the prospect of getting drunk – although that’s not featured. Characters do spend a considerable amount of time in and around spas, though, and are nearly nude as they do so.

The Man from Another Place

Wouldn’t Nubunaga Oda be from Nobunaga’s Ambition, the historical Japanese strategy title? Romance of the Three Kingdoms is Chinese (but oddly enough, has very similar gameplay).

Author
Daniel Weissenberger
Reply to  The Man from Another Place

He would – but this is NobuNYAga Oda – the kitten version thereof.

The Man From Another Place
Reply to  Daniel Weissenberger