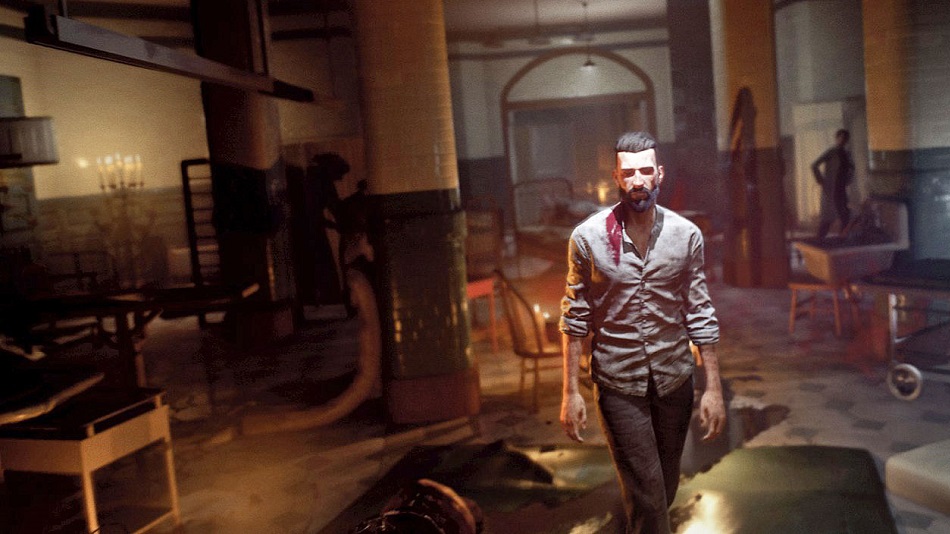 HIGH The no-murder ending is worth the crazy amount of work it takes to unlock.

LOW The ‘trap room’ fight. Also, the recipes for medicine can be easily missed!

WTF It answers the question ‘what if Bloodborne didn’t hate you for trying to play it?’

For over a decade Vampire: The Masquerade – Bloodlines has been the ultimate example of a vampire-themed role-playing game. With its deep story, brilliant visuals, and incredibly open character-building and gameplay, it was an incredible accomplishment. However, a new game has finally arrived to challenge Bloodlines. It may not be as broad or as deep as that classic RPG, but Vampyr offers such finely-tuned gameplay and compelling plotting that it gives it a real run for its money.

Vampyr casts players as Jonathan Reid, a veteran of WWI and expert hematologist who wakes up one night atop a pile of corpses in a mass grave. A newly-risen a vampire, he immediately feeds on the first person he finds. This action sets a series of dominos in motion that threaten to ultimately destroy the entire city of London. Before that happens, Jonathan must learn about his new state of being, explore the supernatural underbelly of the city, work shifts at a surprisingly accommodating hospital, and eventually solve both the mystery of his transformation and the cause of the deadly Spanish Flu outbreak currently decimating the city’s population.

So there’s a lot on his plate, basically. 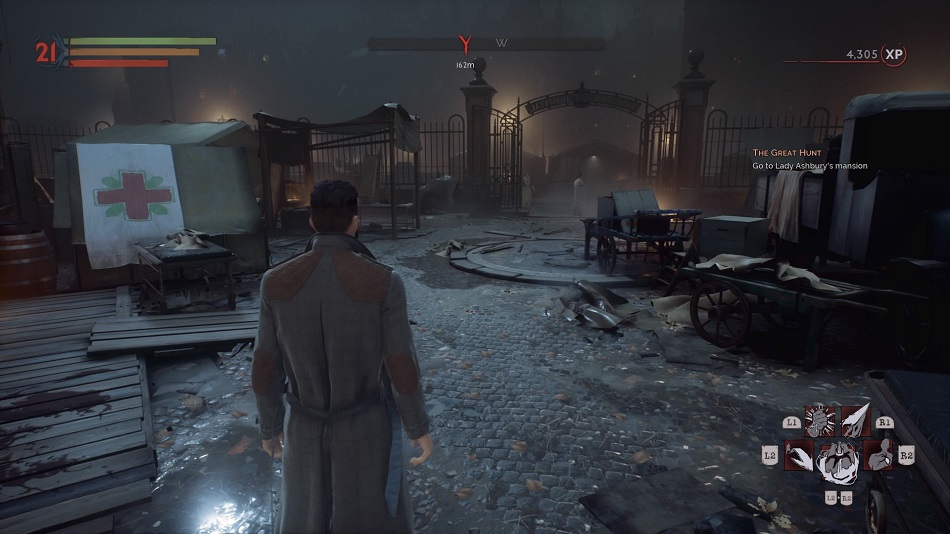 Vampyr, like Yakuza before it, makes a strong case for open worlds that are small in sheer acreage but dense with content. Taking place across just four reimaginings of actual London districts, the world is dark and oppressive — the streets are cluttered with abandoned carts and piles of garbage as citizens hide behind locked doors and wait for the epidemic to burn out. Jonathan can run from one end of the city to the other in a couple of minutes, ensuring that the lack of fast-travel never becomes a problem. Traveling on foot also gives players a reason to take their time looking around, which leads to them to stumble across sidequests, NPCs, and optional locations that make the world feel like a well-realized place.

As such, many of the Vampyr‘s best moments come from getting to know the various denizens of quarantined London. Each district has a ‘pillar of the community’ who plays a key role in storyline quests, but they also host over a dozen other characters per zone. Truly embracing the vampire concept, the player can feed on any NPC at almost any time, draining them for the precious experience points that flow through their veins. In fact, the devs flat-out state at the outset that the more people Jonathan feeds on, the easier the game will be.

There’s a catch, however. Every NPC has a set experience value, which is lowered by any physical illness and also by Jonathan’s lack of knowledge about them. Their experience value can be substantially raised not just by healing them, but also by completing their subquests, learning their secrets, and getting to know them better. This is a brilliant trap for players, though — there’s a concrete value in vamping out and draining people, but to maximize that value, players will have to get to know the character, hear their troubles, understand their worldview, and even try to fix their lives. By the time I’d maxed out the blood value of a few targets, I found myself unable to go through with the executions. As a result of my unwillingness to devour my newfound comrades, I went into all of the campaign’s fights severely under-leveled. 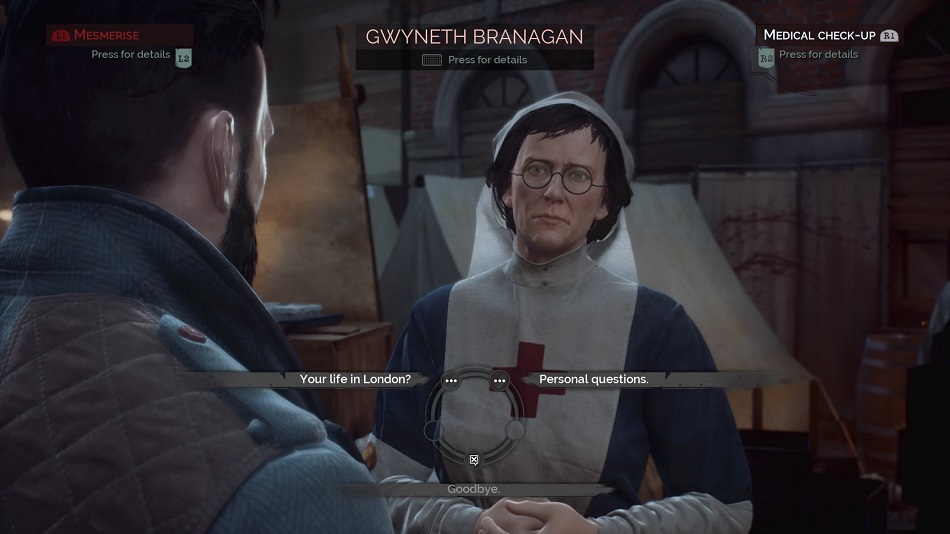 This brings me to the combat, which is a pleasure in every aspect. Drawing clear inspiration from Bloodborne, Vampyr’s combat focuses on desperate battles against quick foes in tight quarters. With limited health and no defensive options, fighting is built around dodging, parrying, and stunning foes until they can be drained of blood to refill Jonathan’s energy bar. With stamina upgrades and skillful play, it would be possible to get through all of the game’s battles simply relying on the core mechanics, but the real ace up the player’s sleeve are the vampire powers that can be unlocked.

Using blood as a weapon, players can project piercing spears, manifest exploding clouds, and even lock their foes in place by taking control of their circulatory system. There are a large number of powers available, letting players handle combat any way they see fit. Vampyr even allows inclined players to completely respec their character each time they rest in a bed and ‘evolve’, so they’ll never feel locked into their choices and can always try out a new set of powers. 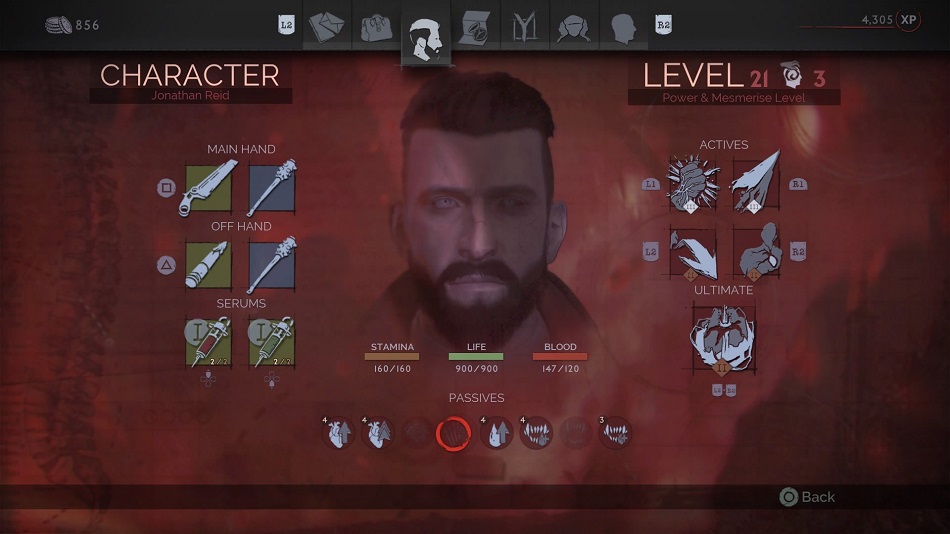 Speaking of sleep, every time Jonathan closes his eyes and wakes up the next night, the game’s clock advances one day. This is one of Vampyr‘s best features because every time the player rests to level up, the result of the player’s actions are put into effect as time marches on. Key characters can get sick and even die if Jonathan doesn’t do his duty as a doctor (or if he chooses to drain them) and who lives or dies has a huge impact on the world. At one point I made what I thought was a smart decision when wrapping up a quest, and returned the next day to find a gravely-ill district preyed on by horrible beasts. Another time I took a step designed to help the health of the entire city – and it worked! But in doing so, I angered a group of powerful vampires. For the rest of the game I was stalked by strong foes capable of using all the same powers I had at my disposal.

With great combat, compelling characters, and a mission structure that ensures the players sees the direct effects of their actions, Vampyr is one of the best action-RPGs I’ve ever played. While it may not offer the sheer size of a Witcher or Fallout, it tells a resonant and consequential story that’s married it to some of the best open-world quest design around. This is one that’s absolutely not to be missed. Rating: 9 out of 10

Disclosures: This game is developed by DONTNOD Entertainment and published by Focus Home Interactive. It is currently available on PS4, XBO and PC. This copy of the game was obtained via publisher and reviewed on the PS4 Pro. Approximately 30 hours of play were devoted to the single-player mode, and the game was completed. There are no multiplayer modes.

Parents: According to the ESRB, this game is rated M, and contains  Blood and Gore, Intense Violence, Sexual Themes, Strong Language, Use of Drugs! No kids! Seriously! There’s violence, gore, references to sex and drug use, and depictions of alcoholism. The game allows the player to basically commit genocide on London if they so desire, and gives them concrete gameplay rewards for doing so – the only punishment is a bad ending. Adults only.

Deaf & Hard of Hearing Gamers: I played most of the game without audio, and had few problems — all dialogue is subtitled, and the only thing to note is that there’s no visual cue letting players know when enemies are approaching from offscreen. The text is able to be resized. 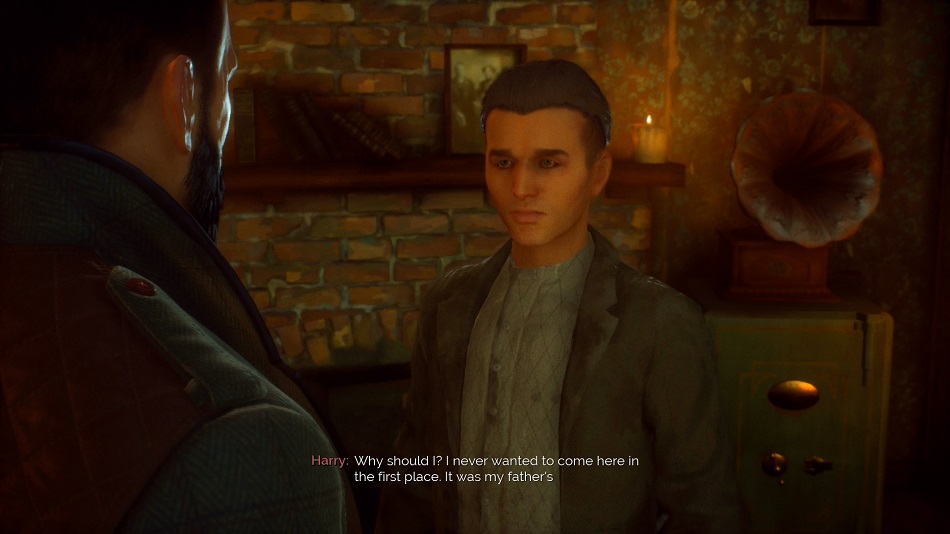 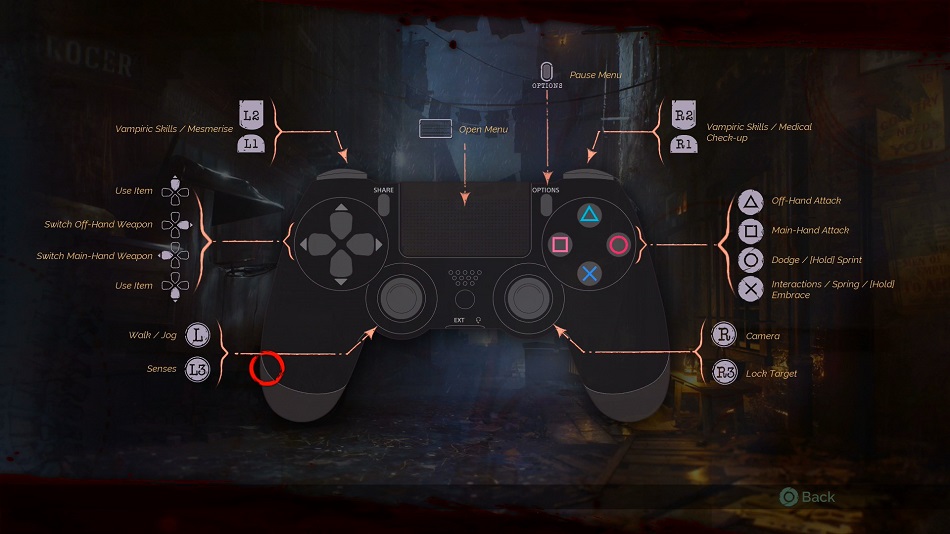 How this got a 9 and something like gow got a 7.5 blows my mind. I’m loving this game dont etc me wrong but it is in now way better than gow not even close.

ICLeo
Reply to  Kev b

In what way is GOW better? Other than graphics Vampyr is better in every way, GOW is an overrated game that gets praised by people because the critics tell them it’s good.

Miles A Jamell
Reply to  ICLeo

I’m loving this game but the combat isn’t great not by a long shot it’s janky and just serviceable enough.

That sounds fantastic! I was getting worried and reviews seem a bit all over the place, but I put my trust in GC on that one. Please don’t let me down 😉

Great! I was on the fence with this one, but I think I’ll go for it. I think though, the game would have been better structured if it was sort of Hitman-esque, stealthing around, then feeding on your enemies, with the rest sticking to the investigation side of things. As it is, I’m not really sold on the seemingly forced poor man’s Bloodborne combat. Still, not enough to put me off.

Yeah agree on the structure side of things. Although like you say the combat doesn’t really matter enough to put you off, probably because the game does such a good job at doing a few things right and straddling multiple genres (gameplay). Any game with interactive dialogue and some choice based narratives that lead the story are always a bigger plus for me than how they implement the combat. Just look at TellTale stuff. Awful combat, excellent games though.