Just When You Thought It Was Safe To Invade Gallia… 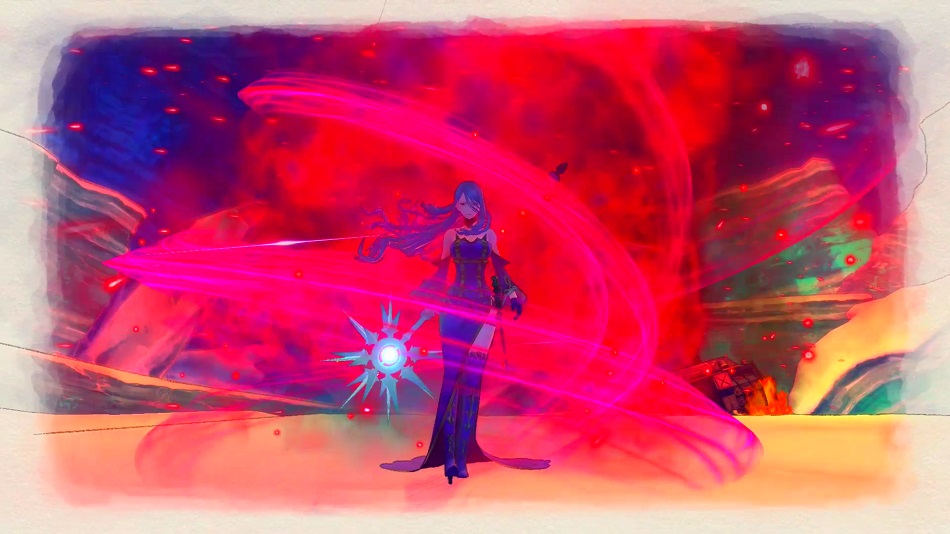 HIGH Climbing to the top of a ruin to fire a rocket into an enemy’s weak point.

LOW Losing that damn wounded sniper mission over and over again.

WTF How the Battleship’s engine gets fixed…

A strategy RPG with light real-time elements, Valkyria Chronicles 4 is set in a fantastical version of Europe where World War II was fought with magic-infused weapons. This fourth game in the series (the action-heavy Valkyria Revolution doesn’t count) concerns Squad E, a group of childhood friends turned special forces operators given a nearly impossible mission — race behind enemy lines and strike a killing blow at the enemy capital while their army is busy with an attempted invasion.

VC4‘s combat brings back all of the series’ key mechanics, and they’re just as balanced as they’ve always been. Players start combat by positioning troops around a base that must be protected — letting an enemy capture it instantly leads to a game over and forced restart. next, they spend command points to move those troops around the map in real-time, taking enemy positions and terrain into account. Since every character, friend or foe, is capable of ‘overwatch’ opportunity fire, players aren’t free to run up to a target and open fire. Instead, they have to approach carefully by destroying enemy cover, distracting them by having a character shoot from another direction, or by crawling through long grass for a stealthy approach.

There are a wide variety of soldier types – snipers, anti-tank troops, engineers to repair and resupply, and even scouts to rush objectives and spot ambushes. In addition, each character has their own idiosyncrasies, called “battle potentials” which drastically change their abilities based on certain situations occurring during a mission. 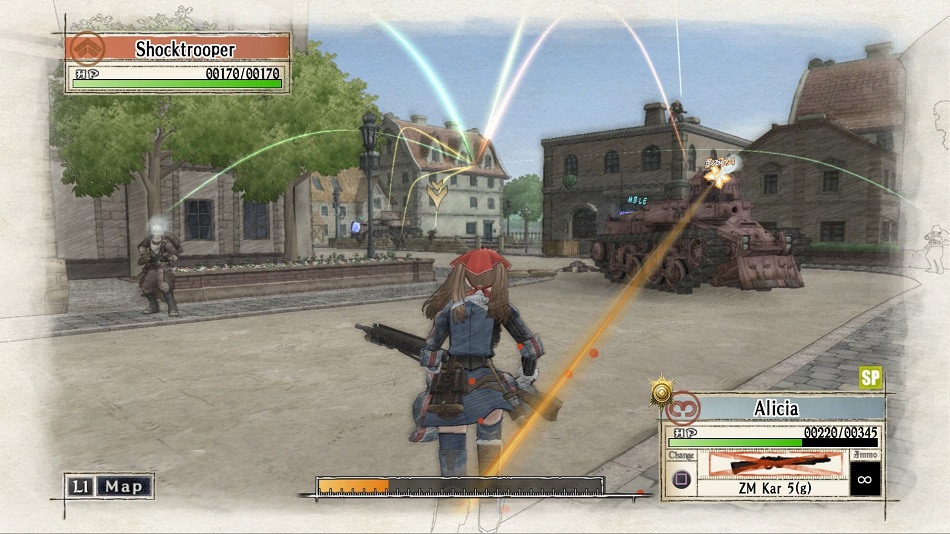 For example, I came across a sniper who gained a huge accuracy boost from crouching behind sandbags, an engineer whose defense skyrocketed every time he got near one of his beloved tanks, and – most memorably – a character whose knowledge of human anatomy gave her a major damage bonus every time she got to look at a dead body. There are no generic soldiers in VC4 — the player makes their team from a large roster of individuals, and if they take the time to figure out how the characters’ strengths work, it’s possible to accomplish some amazing things.

In addition to the character design, Valkyria has some stunning mission design. The campaign starts with simple battles designed to teach mechanics and introduce the world, then gradually cranks up until the player is raiding enemy fortresses and battling scores of tanks in torn-up battlefields. While mission goals generally remain static – most of the time players are capturing spawn points or killing a specific enemy – the maps are incredibly varied. From narrow, searchlight-swept streets to frigid ice cave to a Navarrone-style offshore gun emplacement, each new mission brings a completely different location that requires an entirely new strategy.

The only real problem with mission design is in the way performance is graded. Players are judged based solely on a single criteria – how many turns they take to win. If the player doesn’t wrap things up in a hurry, they’ll miss bonus experience required to unlock each of their classes’ full potential. With enemies always positioned in the same locations, there’s almost a puzzle-like aspect to it. Figuring out which combination of characters can get things done in the shortest amount of time can be a devilish exercise in trial and error — one mission had two of my best soldiers locked away for narrative reasons while an enemy super-tank started the mission on top of my base. I must have tried that one a dozen times before I came up with a plan that worked. 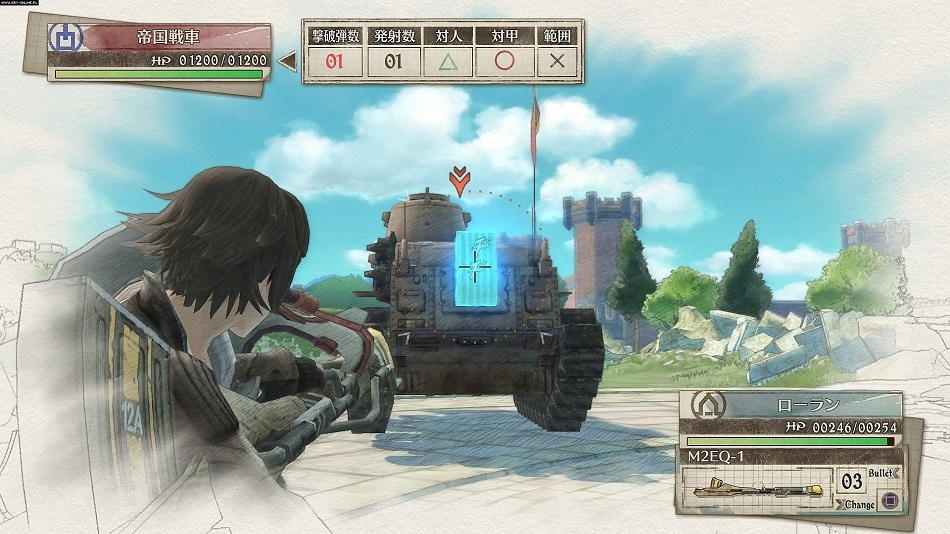 However, Valkyria doesn’t lock players into this super-aggressive playstyle. Every mission has an upper limit of 20 turns, which means even super-defensive players will have plenty of time to work their most complicated schemes and snares. Valkyria is clearly designed with speedy play in mind, however, and players are free to replay completed missions as many times as they like until they get the hang of them.

As expected, this tale of young, optimistic soldiers fighting for their homeland who learn harsh lessons about the reality of war is top-notch. There’s romance, betrayal, treason, and a surprisingly powerful theme about the way nations dehumanize both their enemies and their own troops. I’m not going to get into spoilers, but the concept of what it means for a human being to be transformed into a weapon is thoroughly explored.

With peerless strategy gameplay, brilliant level design, and great storytelling, Valkyria Chronicles 4 is a worthy inheritor of the name. And just in case the number in the title seems daunting, rest assured, the game is every bit as playable for complete newcomers to the series as it is for those who’ve been waiting 8 years for the series to return to the west. Rating: 8.5 out of 10

Disclosures: This game is developed and published by SEGA. It is currently available on PS4 and PC. This copy of the game was obtained via publisher and reviewed on the PS4 Pro. Approximately 80 hours of play were devoted to the single-player mode, and the game was completed. There are no multiplayer modes.

Parents: According to the ESRB, this game is rated T and contains Blood, Language, Suggestive Themes, Use of Alcohol and Tobacco, and Violence. It’s about war, pure and simple, and while there’s almost no blood, it’s not clean. There are executions, heroic suicides, and yes, people who have been transformed into monsters by mad science. There’s plenty of dark stuff here, and that’s not even getting into all of the smoking and drinking that the various characters do. Limit this one to older teens.

Deaf & Hard of Hearing Gamers: I played almost the entire game without audio and encountered no difficulties. There are onscreen indicators to accompany all audio cues, and the game is fully subtitled. The subtitles cannot be resized, however. I would say this game is fully accessible. 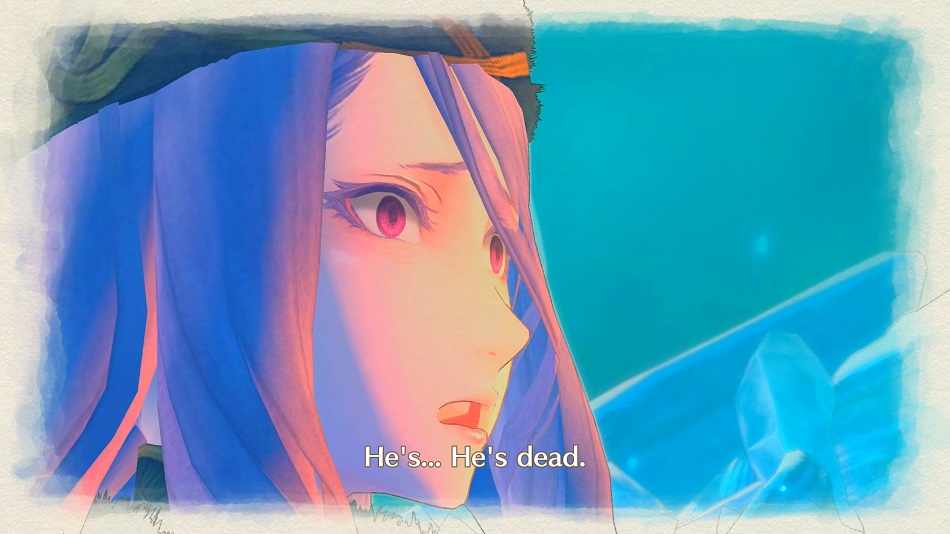 Remappable Controls: No, this game’s controls are not remappable. There is no control schematic. Generally, players use the left thumbstick to navigate menus and maps, and the face buttons to select options. In the third-person sequences, the left thumbstick handles movement, with the right governing the camera.