According to ESRB, this game contains: Blood and Gore 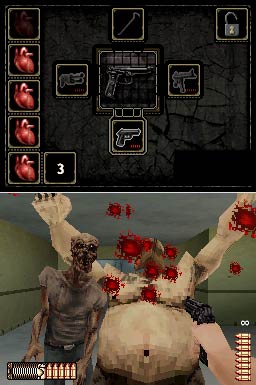 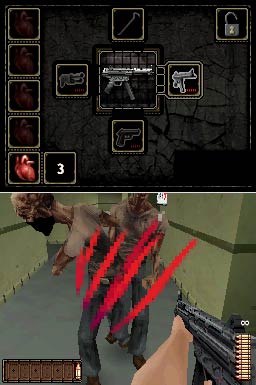 Parents, you probably shouldn't buy this for your younger children. They may like shooting zombies, but even with the primitive graphics it's a little too gory for pre-teens. It's fine for most teens though, despite the M rating.

Fans of rail shooters may want to check this out. While it's not a stellar example of the genre, it is cleverly designed, with the camera's naturalistic movement along its preset path something of a standout.

Deaf and Hard of Hearing gamers should be fine. You'll miss the growl that signals the approach of certain zombies, but it won't prove too much of a hindrence. I tried playing it with the sound off, and got by just fine.