They’re Pushing Into Our World… 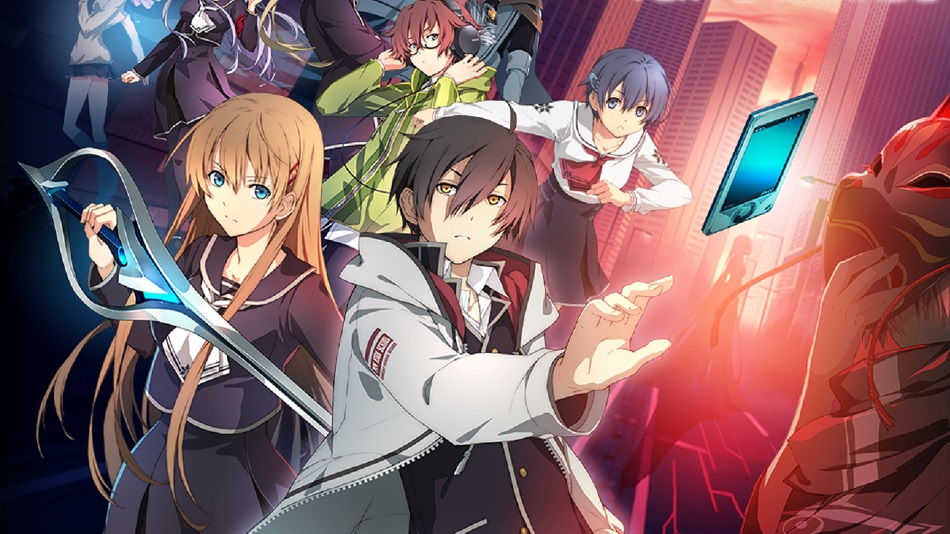 HIGH Wiping out a boss in seconds by unloading a chain of six super attacks on it.

LOW Picking the wrong partner for a dungeon because I had to choose before knowing what was inside.

Tokyo Xanadau EX+ is a perfect example of developers getting so wrapped up in the story they’re telling that they wind up giving the gameplay short shrift. Set ten years after a cataclysmic earthquake nearly leveled Tokyo, TX follows a group of students as they discover that their world is far more magical and dangerous than they could have possibly imagined.

While TX is an action-RPG at its core, its focus is clearly on telling the story of its eight main characters, making sure that each one has an extensive backstory and a meaningful amount of time devoted to establishing and then resolving their story arcs. Every chapter features many extensive dialogue scenes as exposition is given, motivations are revealed, and players get a chance to know characters with the kind of depth rarely seen outside of visual novels.

The story segments aren’t entirely passive – while there aren’t branching conversations or anything of the like, players are restricted from seeing all of the game’s content in a single playthrough by a fairly natural ‘Free Time’ system. The main character Kou is living on his own while his parents are working out of the country, and he splits his time between high school and a revolving series of part-time jobs. This leaves him with very little time to hang out with friends, and in each chapter the player will have to choose which of his many friends to devote time to. This leads to in-depth conversations, the chance to learn secrets about favorites, and if the chosen character is playable, a chance to increase their bond and unlock team techniques when fighting in dungeons — not unlike an action-RPG version of Persona with considerably softer content.

So about those dungeons… they actually make up a shockingly small amount of TX‘s content. A few times each chapter, players will have to set aside hanging out with friends and solving problems for strangers, and actually start fighting monsters. Each dungeon follows a set format – players run through narrow hallways, attack using close, ranged, or three different types of special attacks, and dodge attacks with a roll that has a mercifully large invulnerability window. 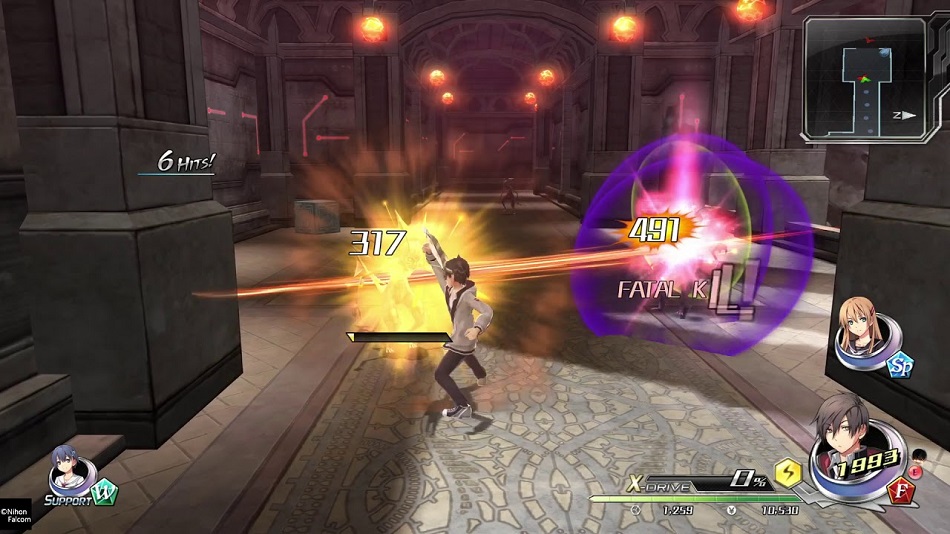 Things are complicated slightly by an elemental system. Each enemy has an elemental weakness, and each character has an elemental affinity. During dungeons, the player can freely swap between Kou and two different support characters, allowing them to take on each new foe with the correct character, or even swap fighters out mid-combo to finish off monsters with a certain special attack. It’s a well-implemented system, especially since the game generally gives players a rundown of which enemies will be in each dungeon, allowing them to choose a party that’s best suited for the challenge.

The combat is smooth and has a good amount of depth, including a robust item crafting and weapon strengthening system. The problem is that there’s just not enough of anything besides the narrative. Each dungeon takes somewhere in the neighborhood of five minutes to complete, and the boss fight at the end of each tacks on another three or four minutes, depending on whether players have saved up all of their special techniques. In each chapter players can expect to spend maybe twenty or thirty minutes in dungeons, but a good three hours on dialogue sequences and cutscenes.

It’s not that the story isn’t good here – it’s an interesting urban fantasy tale with solid characters and some great plot turns. The combat’s notably solid as well. The problem is that the story/combat ratio is just utterly out of whack. If there was more combat or less dialogue this would be a great experience, but the unbalanced content keeps it from ever clicking. I was interested in the characters’ stories and the arc of the plot, but it was hard not to zone out once individual conversations started creeping past an hour in length.

If an editor had taken a serious red pen and streamlined the narrative, Tokyo Xanadu EX+ would be fantastic. As it is, this is a game with stellar JRPG action and a story that will try the patience of all but the most dedicated players. Rating: 7.5 out of 10

Disclosures: This game is developed by Nihon Falcom and published by Aksys Games. It is currently available on PS4 and PC. This copy of the game was obtained via publisher and reviewed on the PS4. Approximately 40 hours of play were devoted  to the single-player mode, and the game was completed.  There are no multiplayer modes.

Parents: According to the ESRB, this game is rated M and contains Suggestive Themes, Fantasy Violence, Drug Reference, and Language. The language isn’t too strong, but there is some light swearing, and the suggestive themes don’t get much worse than monsters with prominent, but unrealistically-rendered breasts. The drug reference is a little more troubling, as one of the game’s chapters features a gang that uses what is essentially magical meth to make themselves into more formidable fighters. It’s not actions that’s meant to be imitated, but it is in the game.

Deaf & Hard of Hearing Gamers: I played the entire game on mute and noticed no significant issues. All dialogue is subtitled and all direction is presented in text. It’s fully accessible. The text cannot be resized. 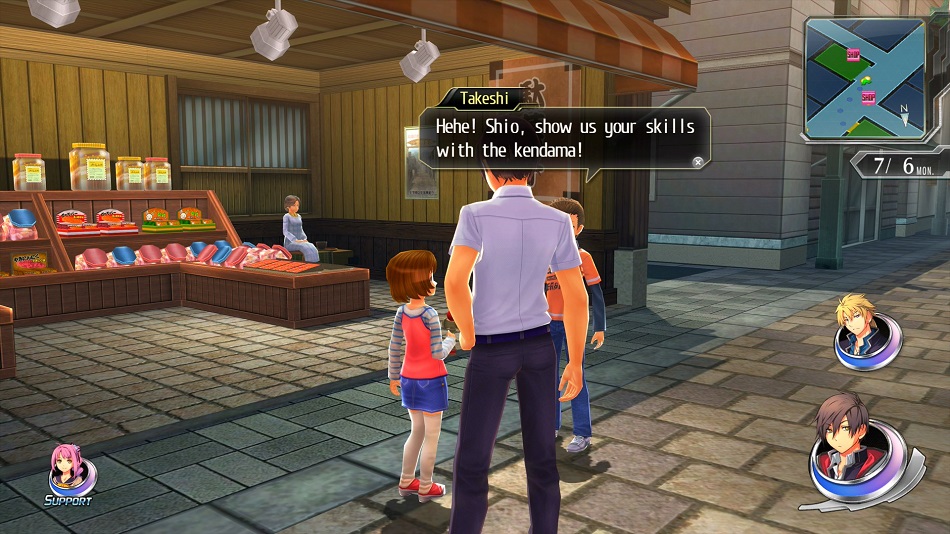 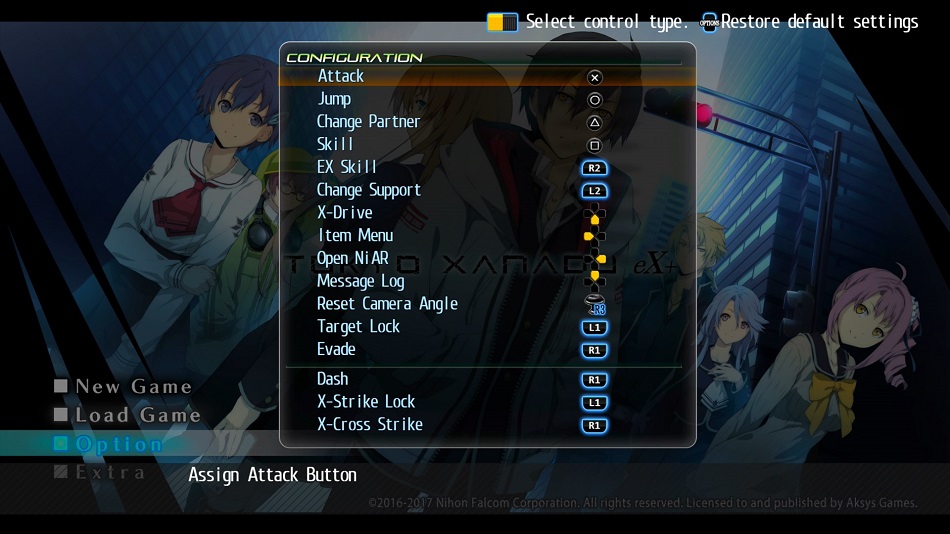