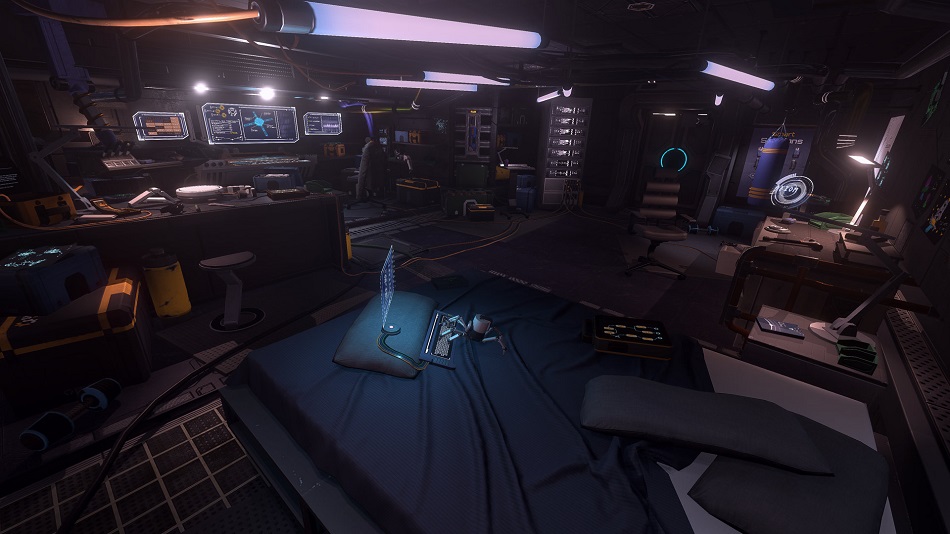 HIGH The view from the glass-floored space station lounge.

LOW The way the game cheats to hide its big secret.

WTF I guessed the ending roughly 90 seconds into the opening movie.

In this walking sim/casual puzzler, a space station has run into some technical difficulties and it’s up to the player to figure out just what happened, and whether or not the mission can be salvaged. This is accomplished via means common to the genre like listening to audio logs and rifling through personal belongings like a nosy party guest left alone in a bedroom.

The Station takes place in the future, when the titular spacecraft is surveilling a warlike planet to determine whether the inhabitants are ready for first contact. It’s a game of modest aspirations and scope — the station has just two levels and a handful of rooms. There are also only three crew members, so keeping track of the relationships is incredibly easy.

While The Station‘s tale is well-told and simple to process, the whole thing feels much smaller in scale than it ought to be.

For example, the trip the characters are on never makes much sense – an entire world is being assessed, but they plan to be home in three weeks? And the crew is made up of an engineer charged with keeping the station functioning, a captain, and a single researcher who’s presumably in charge of surveying every single aspect of the planet, from geology to biology to language and culture? 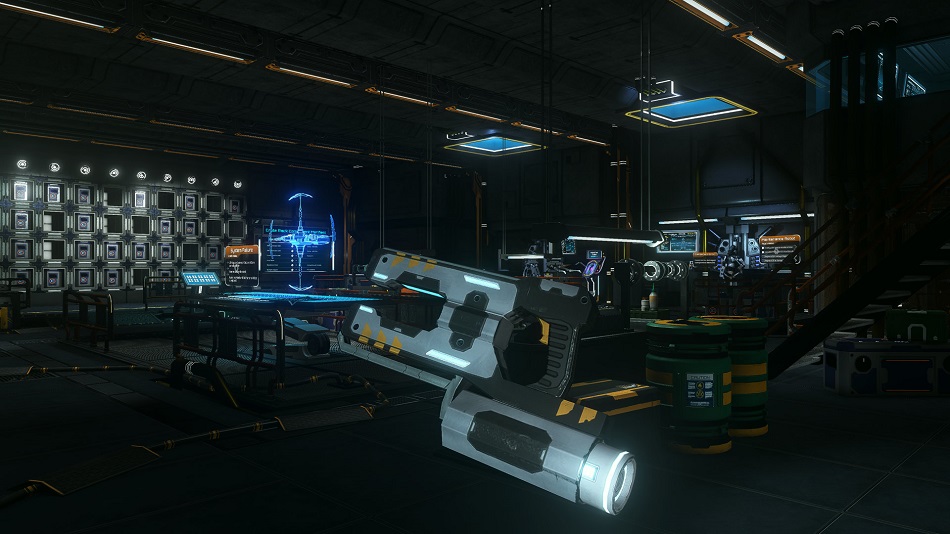 During the course of the story the player gets a few glimpses of the research that’s been completed, and it’s absurd to think that one person has managed so much in the two weeks that the station has been in service. There’s no reason that the characters couldn’t have been in orbit, gradually going a little stir crazy for weeks or even months before the crisis that triggers the plot arose – the constricted timeline just makes the whole thing seem preposterous for no real plot effect.

The Station could also serve as a perfect example of how not to create a twist-based story. I won’t spoil the big reveal since it only comes into play in the last few minutes, but it’s telegraphed so obviously that I can’t imagine many people being surprised. The script is filled with the kind of writing that, with a deft hand, could become more meaningful once the secret is out, but the devs make their pretentious observations with such thudding frankness that it’s impossible to miss what they’re getting at. This then makes the wait for the actual reveal interminable — and the game is only 90 minutes long!

Aside from storytelling issues, the other elements in The Station work well enough and the puzzles all make sense by being doors to unlock or machines to repair using believable futuristic technology. However, some doors are locked because the player hasn’t found an access card, and some because the player hasn’t repaired the correct subsystem — the game isn’t always great at explaining which is which. In my first trip through, I missed a number of audio logs because the game didn’t mention that a bunch of access doors had been unlocked when I repaired the engines.

As a moody sci-fi walking sim, The Station is a minor success. The environments look great and the puzzles offer just enough interaction to keep the player engaged while moving through the world. Sadly, the story just can’t manage to hold up its end. Between the odd timeline issues, the poor job the devs do of keeping their twist under wraps, and an ending that raises far more questions than it answers, the plot squanders some very interesting ideas. Rating: 5.5 out of 10

Disclosures: This game is developed and published by The Station. It is currently available on PC, PS4, and Xbox One. This copy of the game was obtained via publisher and reviewed on the PS4. Approximately 3 hours of play were devoted to the single-player mode, and the game completed multiple times.

Parents: At the time this review was written, no ESRB rating information was available. The game contains some mild swearing, a few deaths, some blood, and a romantic relationship gone wrong. There a few bodies, but almost no blood and gore, and even younger teens should be largely fine with the content.

Deaf & Hard of Hearing Gamers: The game offers subtitles for all dialogue and shakes the screen when there’s an explosion somewhere on the station, so it’s largely accessible. Unfortunately, the developers neglected to provide subtitles for the ship’s computer, so hearing-impaired players will miss out on specific information about what parts of the ship have been damaged or have become accessible. Be prepared to check the map frequently for visual updates on which areas are locked and unlocked.