On The Beat And ‘Round The Bend 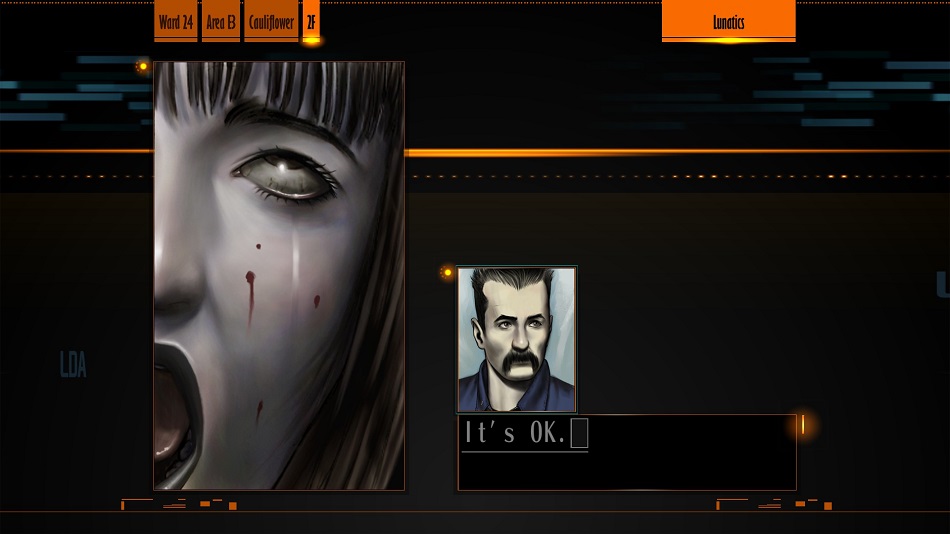 HIGH Figuring out the ending to at least one of the cases.

LOW Spending ten minutes trying to find the correct place to stand and look up.

When producing a visual novel, it’s vital to ensure two things. The first is that the story is worth telling. The second is that the player must feel as if they’re involved in the narrative. Whether this is by giving them multiple endings to strive towards, or simply by finding busywork for them to do in order to move the story forward, players must be kept engaged.

The Silver Case fails on both fronts.

A remastered detective story set in millennial Japan and originally published in 1999, The Silver Case follows a team of detectives – and their mute sidekick, the player – as they try to solve a series of high-profile crimes from serial killing, to kidnapping, to cyberstalking, to a giant conspiracy that I’m not sure I completely understand. This investigation involves plenty of reading, and precious little else.

The Silver Case is built around an incredibly busy interface featuring a main window for looking out on the world and reading conversations, and smaller windows displaying information and possible actions. It seems purposefully inelegant, as if the developers were trying to make things as hard to look at as possible. 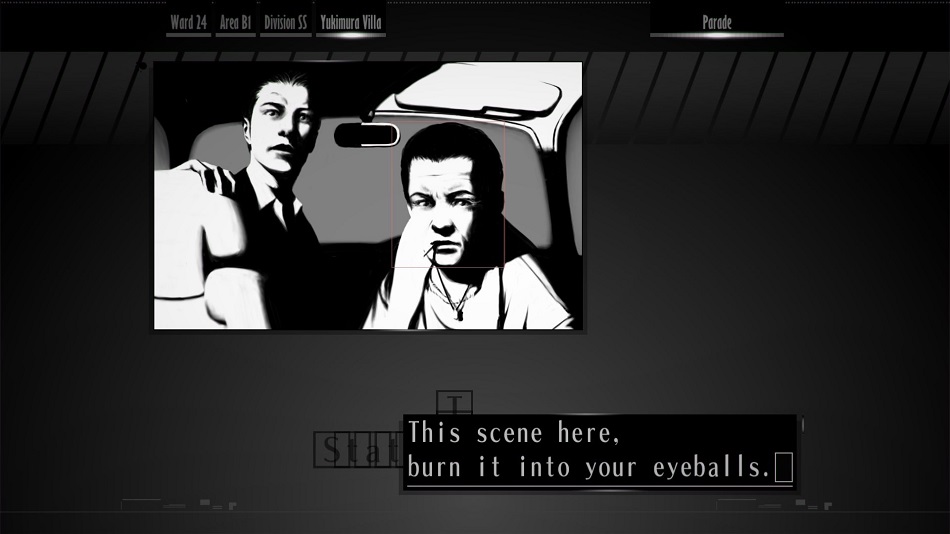 The game cuts between CGI, still photography, animation, and FMV footage frequently, and to no clear purpose. If they were using specific art styles just for certain scenes or to affect certain moods that would be one thing, but there’s no clear rhyme or reason beyond whatever’s expedient, and the constantly-switching styles act as a barrier that keeps players from getting involved in the game world.

There are a few puzzles in The Silver Case, so as to better conceal its strictly linear structure, although there aren’t many of them and the game is so disinterested that they essentially go unexplained. It’s even possible to skip them without actually realizing they’ve happened. The majority of play involves wandering around a few interior areas and looking for a star that indicates a plot-advancing interaction. The only real challenge comes in remembering to look up and down, because occasionally story points are hidden just out of view.

Even with the completely un-engaging gameplay, the story is the true weak point here. Things start out promising, with a full-moon-inspired madman and a serial killer breaking out of jail, but the narrative quickly gets bogged down with bizarre stories about underground societies, cloning, genetic engineering, and the negative influence of social media on the public. It’s a real mess of a script that takes too long to get to the points it wants to make. There are a few interesting scenes in the bonus side-stories that are unlocked as chapters are completed, but I can’t see many people doing the work necessary to slog through the flat main story to bother seeing them.

The Silver Case is a dud, through and through. With neither story nor gameplay to grab its audience, and with production values that never manage to impress, all players are left with is an impenetrable plot which takes too long to unfold. It’s possible this would have worked better as an actual novel – as a visual novel, there’s nothing here to recommend. Rating: 3 out of 10

Disclosures: This game is developed and published by Grasshopper Manufacture. It is currently available on PS4 and PC. This copy of the game was obtained via publisher and reviewed on PS4. Approximately 12 hours of play were devoted to the single-player mode, and the game was completed. There are no multiplayer modes.

Parents: According to the ESRB, this game is rated Mature and contains blood, sexual themes, strong language, and violence. We’ve got serial killing, sexual obsession, and plenty of swearing here. Keep kids away from this one, please… although I don’t see you having too much trouble with that, as it’s quite boring.

Deaf & Hard of Hearing Gamers: The game has no audio cues of note, and I was able to play it on silent without trouble. It’s fully accessible.