Fear is a Place 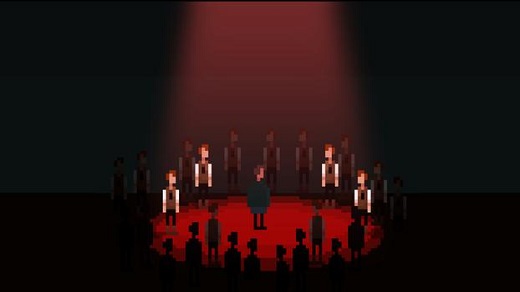 HIGH Finally getting closure on all the plot threads from Season 1.

LOW Having to brute-force my way through a forest maze because I just couldn't figure out which rune went where.

WTF The thing in the cave. Seriously, WTF, developers?

With early Sierra-style graphics counterpointed by some incredible sound design, The Last Door is an incredible accomplishment—it's an interactive game in a visual medium that manages to fire players' imaginations as effectively as if it had been a text-based affair.

Picking up shortly after Devitt's disappearance at the end of the last game, Season 2 puts players in control of Dr. Wakefield, a psychiatrist disturbed and fascinated by the stories told by his now-vanished patient. This investigation takes the doctor from madhouses to mansions, to isolated pagan islands, and to the very heart of madness itself.

Designed as a point-and-click adventure in the classic sense, each of The Last Door's four chapters is set in a different area, each a short story about one leg of the doctor's search. They're all narrative triumphs, with the developers delivering compelling stories about the people the player encounters by helping them solve problems or find answers as they search for clues to unlock the Season's larger mystery. That this is accomplished using character sprites twenty pixels tall is a testament to the writing and incredible skill of the animators—the cast is surprisingly expressive.

The Last Door is a horror story first and foremost, and never disappoints in that area. With other games trying to top themselves with graphic gore and first-person jump scares, TLD gets its audience on board by creating an overwhelming sense of dread. Players wander through crumbling locales, see the remnants of tragedies long-past, and hear stories of people and places ruined by terrible forces. The writers expertly prime players to expect something horrible on the way, so when it finally arrives, the effect is shattering.

The adventure also has a number of great 'scare' moments, but its real accomplishment is complete mastery of the themes of Lovecraft's work—primarily that humanity's driving need for answers about the truth of the world can only lead them to madness.

While the writing and graphical presentation are superb, TLD does have a few problems as a point-and-click adventure. For example, while its screens generally do a good job of letting players know where they can click to have an effect, there are a few puzzles that tend to be more oblique than clever.

One stumper asks players to click randomly around a small room until the character happens to walk across a creaky board—only after they've trod on it can this vital location be activated. Another location hides a vital item far to the right of the main door to the area—usually the game indicates when there's a path to be explored, but on this occasion there were no visual cues whatsoever, so why would they randomly click to see if the screen could scroll?

Despite the annoyance of a few poorly-constructed puzzles, The Last Door Season 2 is an amazing accomplishment. The primitive art style transcends kitch and nostalgia, making a strong case for how it can be used as a powerful narrative tool. The story is top notch, and the music is incredible—the only drawback is that anyone interested should play the slightly-less-good Season 1 first—knowledge of the backstory isn't necessary for enjoying Season 2, but it will make the events far more resonant.

Anyone interested in horror, Lovecraft, or top-notch point-and-click adventures has no excuse for missing this one. Rating: 8 out of 10

Disclosures: This game was obtained via publisher and reviewed on the PC. Approximately 8 hours of play was devoted to single-player modes (completed 1 time). There are no multiplayer modes.

Parents: This game was not reviewed by the ESRB, but it contains blood, violence, intense frightening scenes, alcohol and drug use. Probably save this one for the older teens. There are mature themes throughout, as well as genuinely unnerving situations. There's suicide, drug dens, human sacrifice, and a puppet show that goes horribly wrong. Don't let the primitive graphics fool you—this isn't safe.

Deaf & Hard of Hearing: You'll be totally fine—this is one of the rare games to offer full captioning, including sound effects and type of music. So even when puzzles do require audio cues, they're clearly spelled out for you.

Remappable Controls: The game does not offer remappable controls, but it was designed to be played entirely with the mouse, and requires no quick reflexes, so that shouldn't provide much of an obstacle.