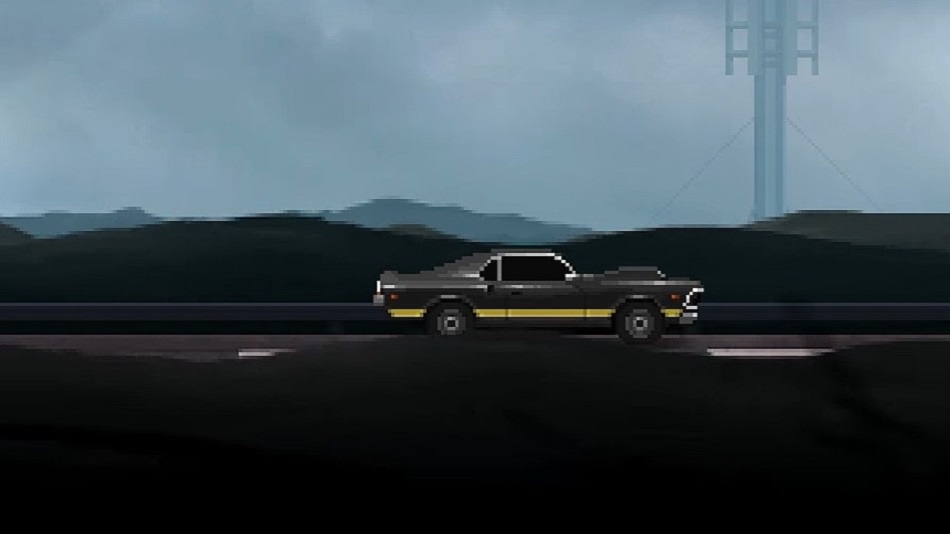 HIGH Finding the point where the stories dovetail.

LOW Running out of health packs in a no-passenger run.

WTF Seriously, what is going on with these flashbacks? I demand a book!

The Final Station was a bleak experience that followed an engineer on his journey through a crumbling world overrun by an alien infection. Players could do little more than gaze at the futility of attempts by industry and government to do anything to hold back the invasion. It was an odd experience, and now The Only Traitor DLC has arrived to give players more insight into this world while also streamlining the experience considerably.

Players are placed into the shoes of Peter, a man with a sweet car and a single goal – find a shelter to hide in by any means necessary. There are no passengers to care for, and no train to maintain – just three resources to worry about. Peter travels along a prescribed path, and as he reaches each city he must find water, food, and gasoline before climbing back into his car and heading on the next leg of his journey. This is accomplished just as it was in the main game – by carefully exploring abandoned towns, killing the zombies that infest them, and ransacking cupboards for anything that may be useful.

Combat is hugely improved this time around. Peter starts the game with a baseball bat that has much greater range than the original engineer’s punch, and this allows the combat to be played much more strategically, with players dancing in and out of range, swiping at hordes of zombies as they inch closer. In addition to making the player a little more powerful, the developers have also removed two of the more annoying foes and added three new enemies, each one with a clever twist that makes them interesting to battle. 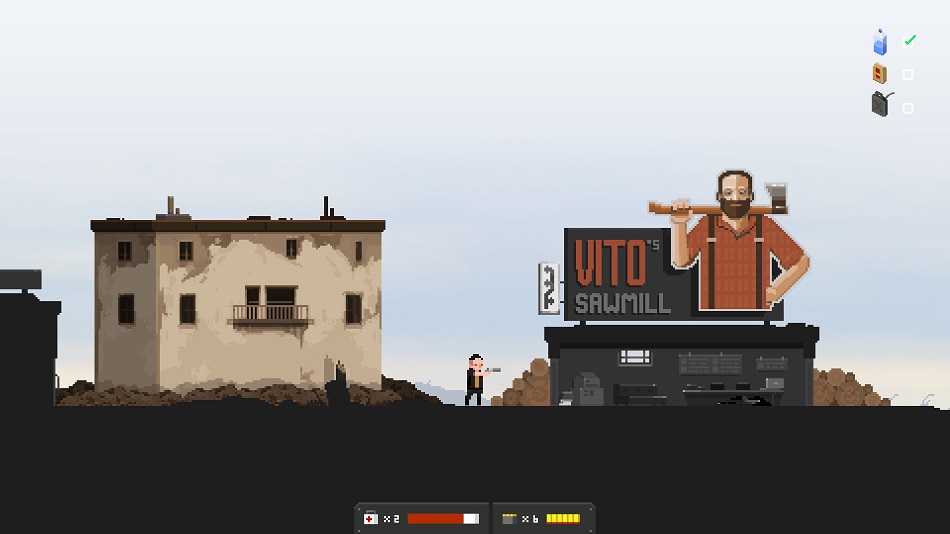 Resource management has been replaced by a simple crafting mechanic. Peter can make the journey on his own, but he’ll be limited to using items he finds or purchases. Take a passenger along, and Peter will not only have someone to talk to during the long stretches between stops, but someone to heal his wounds and craft the bullets and medikits that make combat areas much more survivable.

Each survivor has two skills – how much health they’ll replenish for free between missions, and how many resources they’ll need to craft items. Players can only have a single passenger at a time, though, so underlying the utilitarian decisions they can make about who has the best stats is the uncomfortable knowledge that any character swapped out of the passenger seat will soon be killed, either by the hungry ghouls or the desiccated world.

I appreciated the deeper look into the world of The Final Station that this DLC offered – fans of the first title will find a lot to chew on here. Stories of conspiracy, explanations for the world’s lacklustre response to the invasion – even hints about possible causes for it. There’s also a few new bits of info about the mysterious hat-wearing man who flitted around the edges of the first game’s narrative. I haven’t seen the whole story yet (it’s structured to encourage replays in order to hear more) but some of my questions have been answered, and I’m only more interested in the world than I already was.

The Only Traitor is a worthy follow-up to The Final Station. It may not offer all of the answers I crave, but it manages to improve on the main game’s already well-crafted mechanics, and also builds an intriguing story that ties in beautifully with the existing plot. While the first entry’s engineer was a functionary doing a small part of a huge job, Peter is just a guy who sees that the world is ending and wants nothing more than to find a deep hole to hide in. It doesn’t make him a hero, but players will absolutely understand where he’s coming from, and they’ll be invested in seeing his journey all the way to the end. Rating: 8.5 out of 10

Disclosures: This game is developed by Do My Best, and published by tinybuild. It is currently available on PC and PS4. This copy of the game was obtained via publisher and reviewed on the PC. Approximately  8 hours of play were devoted to the single-player mode, and the game was completed three times.  There are no multiplayer modes.

Parents: This add-on was not reviewed by the ESRB at the time of review, but the base content is rated M and contains violence, blood, and strong language. A truly bleak experience from beginning to end, the game is steeped in hopelessness and fatalism. Definitely M-rated material, even while it’s not that graphic or salacious in any particular details. Characters discuss morally disturbing things, but all of it is kept off-screen.

Deaf & Hard of Hearing Gamers: The game has no audio cues, and all story is presented through text. It’s fully accessible.