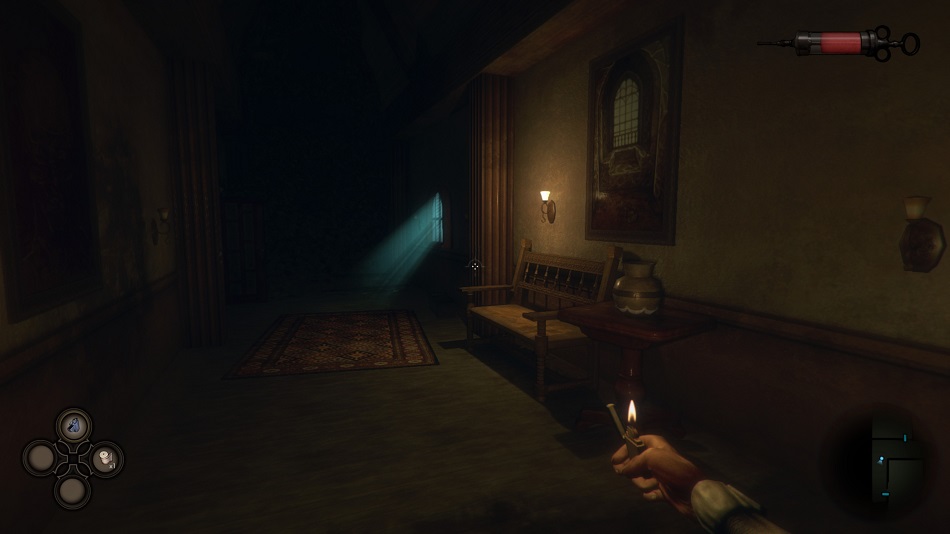 WTF Who told the villain it was a good idea to do a Mark Hamill Joker impression?

To anyone going in completely spoiler-free, The Crow’s Eye has one hell of a surprise waiting.

Opening on an amnesiac locked inside a run-down university-turned-charnel house, the player is tasked with exploring the halls with a flickering lighter, tracking down audio logs and scrawled notes detailing horrific experiments while also searching for crafting materials to make the bandages necessary to survive repeated giant leech attacks. Half an hour in, I had a good sense of the game I was playing — atmospheric horror with a some light puzzling. It seemed like basic Amnesia territory.

Then I unlocked a stamina upgrade which let me slow down time and jump huge distances.

Soon after, I constructed a gravity gun.

By the end of the first hour, the game had transformed into a physics-centric puzzle-platformer, and I was as confused as I’ve ever been by the complete transformation of a game’s focus. I’ll gladly accept tonal shifts if there’s a narrative purpose for them, but it’s not often one comes across a game that decides to swap genres. 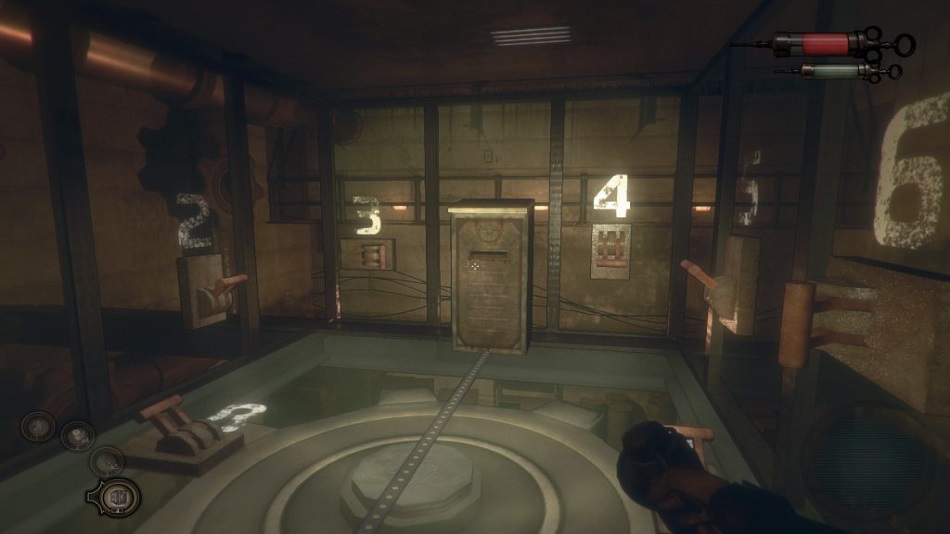 So, how does The Crow’s Eye perform as a puzzle-platformer? It’s interesting, but not exceptional. The crumbling dormitories, rain-soaked alleys, or creepy graveyards are unusual settings for the material, and they give the gameplay a shot in the arm. Seeing metal towers covered with rickety ladders and platforms gliding through the air is so completely discordant in these kinds of locations that its very oddness can become compelling. When things later move into more artificial, Portal-style test chambers that novelty is lost, and there’s nothing to focus on but the mediocre controls. Floaty, hard-to-control jumps coupled with an inconsistent magnet-based traversal system leads to plenty of frustrating falls.

The puzzles are generally well-crafted. There are two rooms for each major puzzle type, and they’re largely intuitive. Apart from one pre-release bug that I came across, the only problem with the puzzles is how out of place they are with the story being told — a mad scientist is kidnapping people, vivisecting some, giving strange drugs to others, and all for nebulous reasons which may or may not have to do with immortality. The Crow’s Eye never explains what vaulting from platform to platform and pulling switches could possibly have to do with the pursuit of mad science.

Frankly, the entire plot is maddeningly unclear, and that’s even with a game-ending six-minute speech from the villain which swings wildly from restating information from the audio files to raising huge questions that the game has no intention of answering — I can only assume they’re saving that for a promised sequel.

With middling gameplay and a questionable story, The Crow’s Eye has only its solid puzzles and a fascinating mixture of genres to recommend it. This is nowhere near the top of the first-person puzzle-platform genre, but it’s certainly one of the strangest and most intriguing I’ve played. Rating: 6 out of 10

Disclosures: This game is developed by 3D2 Entertainment and published by Nikdu Games. It is currently available on PC. This copy of the game was obtained via publisher and reviewed on the PC. Approximately 7 hours of play were devoted to the single-player mode, and the game was completed. There are no multiplayer modes.

Parents: This game was not reviewed by the ESRB, but it contains violence, blood, language, mature subject matter. Plenty to have the kids avoid here – doctors talking gleefully about murdering their test subjects, written descriptions of horrible acts, some fairly nightmarish imagery. Call it Mature.

Deaf & Hard of Hearing Gamers: This game is not playable by the hearing-impaired. Three times in the game there are locked safes which can only be opened via audio cues, and in each case the game cannot progress until the safes have been opened.

Colorblind Modes: There are no colorblind modes available in the options. There are a couple of locks that go from red to green when they’re unlocked, and a set of puzzles about matching floating colored blocks to the matching colored locker, so colorblind players may have trouble with significant portions of the game.