Step Inside The Star Chamber 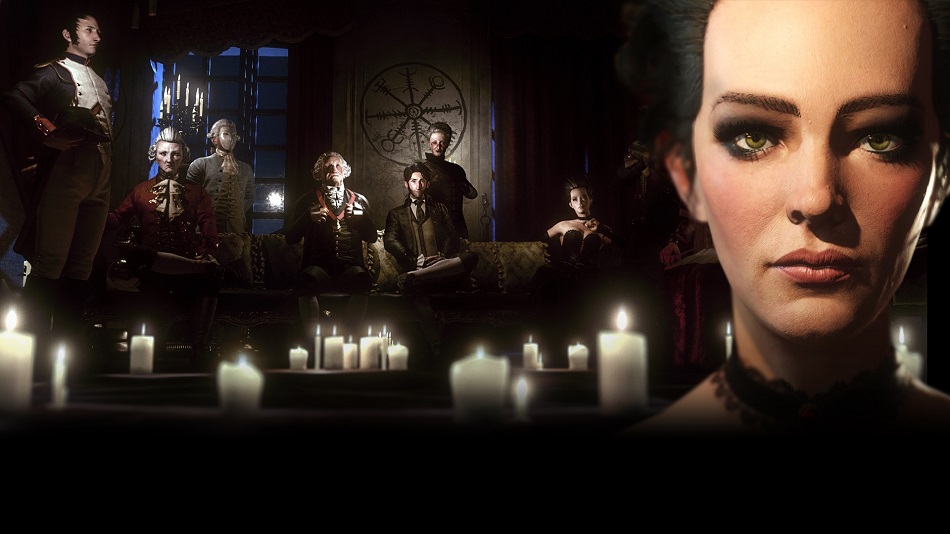 LOW Wasting action points searching for items when my inventory was full.

WTF Can paintings really drive one to suicide?

[Editor’s Note: This is part three in a series. For more on this game, please read parts one and two.]

After the dramatic ending to the previous chapter in which a key character is finally revealed (and considerably worse for wear) it seemed like questions were finally going to get answered! Of course, in the world of The Council nothing is ever that simple, as everyone here has more secrets than fingers – even the ones who haven’t had a hand lopped off by a particularly nasty security system.

Once again the writing is the strongest point, and there are numerous dramatic confrontations that force the player to put all of their observational skills to the test. In fact, the episode literally opens with a quiz designed to test how well the player remembers the events of the prologue from two episodes ago! These conversational gambits also do a great job of reinforcing the importance of taking chances and doing the unexpected whenever possible. 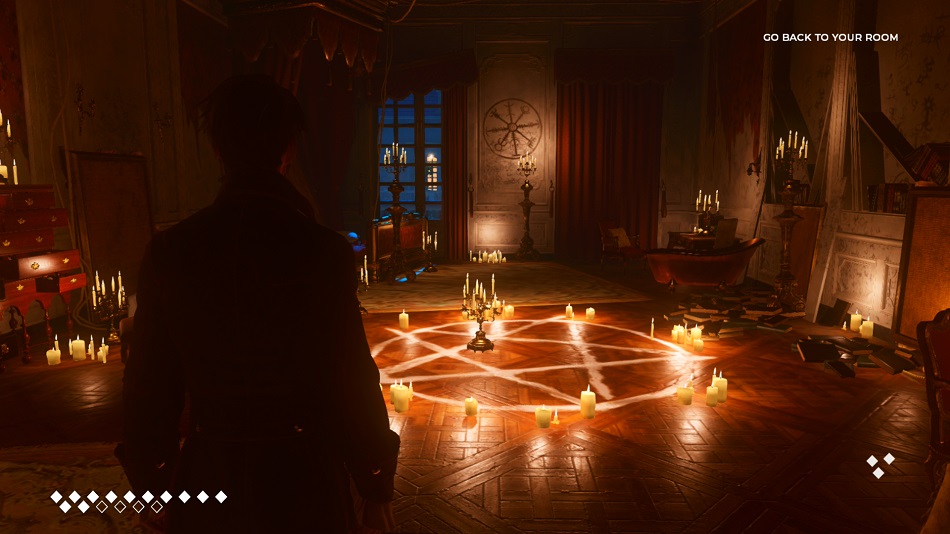 For example, every character has certain immunities and vulnerabilities, and the player has skills used in conversation against them that will either always fail or always succeed. In light of this, understanding every character becomes vitally important during the occasional ‘one chance’ confrontation. In most dialogue challenges, the player has a margin for error – they can screw up without offending the other party too severely. In ‘one chance’ sequences, though, something terrible will happen if the player makes even the slightest misstep. So, if players haven’t taken the time to try various tactics in earlier, non-vital interactions, tragedy can ensue with no warning.

While the island The Council takes place on isn’t a huge location and the player will spend much of the chapter in rooms they’ve seen before, I was again impressed by just how much work the devs have done with set dressing. Every character has brought luggage with them, and taking the time to search through their personal effects can reveal secrets that will come in handy during future interactions. Also intriguing are the pieces of fine art that Mortimer, the Council’s leader, has placed in each guest’s room. Those taking the time to examine it will notice that each room’s art selection is built around a theme meant to comment on the character of its denizen – even the wall hangings provide concrete clues for how to manipulate the attendees.

Here at the story’s halfway point, the overarching plot is beginning to come into focus and the stakes are raised significantly as the Council’s methods and reach are revealed. However, the storytelling actually stumbles a bit as the writers’ attempts to tie real-world historical events into a fictional uber-conspiracy. It’s a little disappointing that everything doesn’t exactly fit together (e.g. it’s tough to accept a country both ceding land to and declaring war on its neighbor in the same breath) but a few loose ends are acceptable in a tale about a secret group which has orchestrated all of the major incidents in world history.

The Council once again manages make player actions feel vital in a way that few narrative choice titles accomplish – in fact, there are some diverging plot points that are so significant I have a difficult time imagining how many versions of conversations will have to be crafted for the last two episodes. This is also an episodic series where major characters can die, and that adds a level of danger to every interaction that few in its genre can match. Episode four can’t arrive quickly enough! Rating: 8.5 out of 10

Parents: According to the ESRB, this game is rated Mature and contains Violence, Blood, Sexual Themes, Strong Language, and Use of Alcohol. Drinking, drugs, threatened sexual violence, a whole lot of swearing — this is as “mature” as these things get. It’s a gritty and violent mystery about great people of history being caught up in the occult and manipulating one another. No kids anywhere near it, please.

Deaf & Hard of Hearing Gamers: There are subtleties to the tone of voice in conversations which are relevant to figuring out what characters are concealing. There are often facial cues to offer the clue as well — but not always — so the confrontations may be a little more difficult. On the upside, I didn’t encounter the subtitle-disappearing glitch from the last chapter even once! Text cannot be resized. 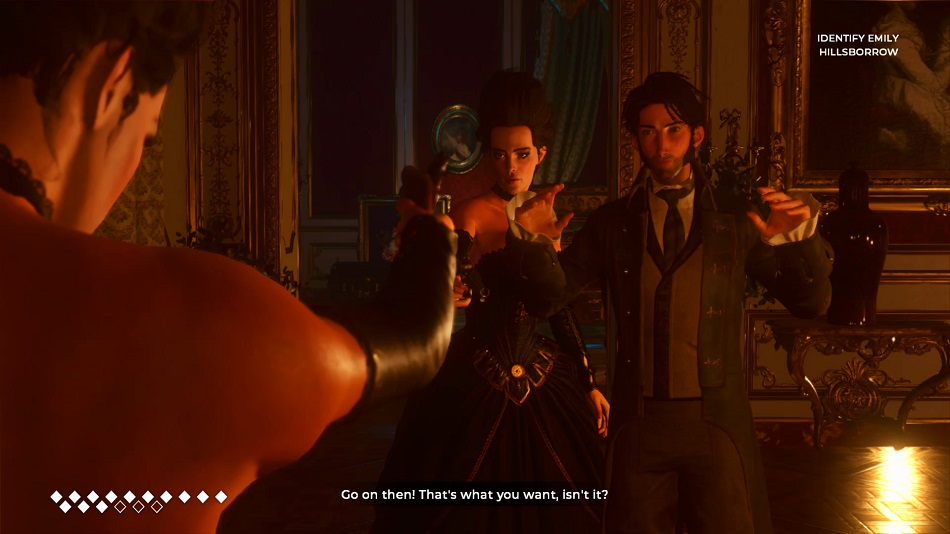