A while back I went to see the film Juno. I'd heard good things, and Jason Bateman was in it, so "what the hell", I thought. Then, just a few minutes into the film, someone (I don't remember if it was annoying girl or slutty friend) said "Honest to Blog". And then all I could feel was hatred, eating away at my soul and humanity. I turned to the friend sitting next to me and said "The only way this won't be the worst film I see this year is if, by the last ten minutes, it's somehow become a movie about Werewolves with rocket launchers battling Robots on motorcycles." Needless to say, this did not happen, and the film went on to be depressingly dull.

Why am I writing about this here, on a game review site? Well, allow me to post this picture from the Magic Box, the only place to go for pictures of Japanese games that may never come out in North America: 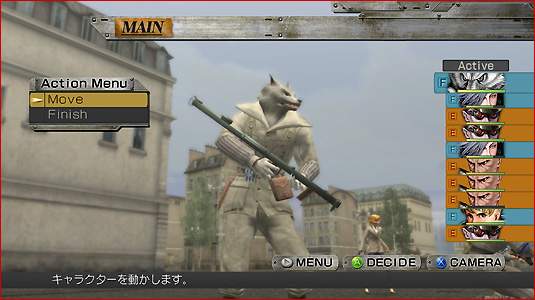 You're not seeing things. That's a werewolf with a rocket launcher. When I first saw pictures of this game late last year, it was like all my fondest dreams of werewolves launching rockets were coming true. According to my therapist, those dreams represent my contentious relationship with my grocer. I suspect my therapist isn't very good at his job. 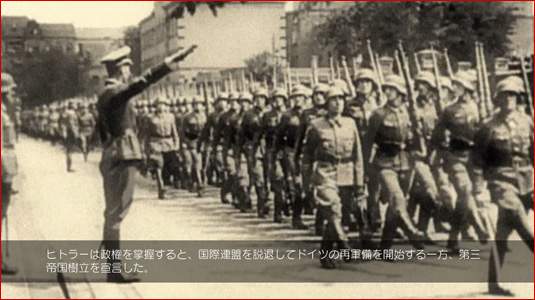 I can't read Japanese, but I suspect that translates roughly as "Go forth, my legion of the damned! Grind your cloven hoof into the face of humanity!" 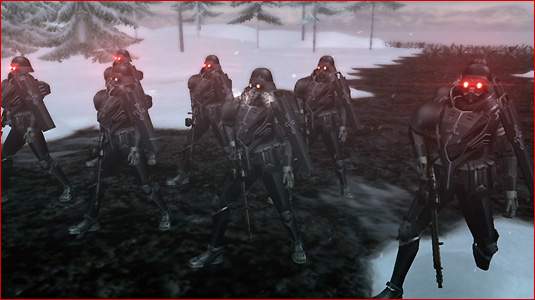 Two weeks ago I was surprised to discover that the game was going to be released in North America. For two reasons: 1) I never read previews or stories about upcoming games, so the first I heard of it coming out here was the demo on Xbox Live, and 2) The game seems far too interesting to come out in North America. As I'm sure North American gamers have noticed, we like our games bland and reality-based. If it weren't for the Japanese, we wouldn't even have zombies in games.

Operation Darkness has perhaps the greatest premise a game has ever possessed: It's the Second World War. Hitler is using his supernatural monster army to march across Europe. There's one thing he didn't count on, though—that British Special Forces guys can, in a flash of fuschia light, turn into werewolves: 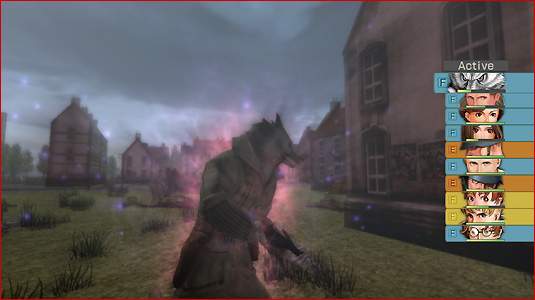 The demo plays stiffly and awkwardly, as Japanese Strategy RPGs tend to. Perhaps it's just because I was weaned on the Western style, with their action points and such, that I'm unable to really grasp the attractiveness of their gameplay, which generally allows payers to choose between two options: "move then shoot" or "shoot then move". It's possible that the demo just doesn't offer enough game to really get me into the groove, and I'll appreciate the full version more, but frankly, it doesn't really matter. Right at the end of the demo, a story section pops up, and a German general (can't remember which one, so I'll guess Goering) is told about the new werewolf squad, so he dispatches his best soldier to deal with them. That soldier? A sexy lady vampire Nazi with absolutely ridiculous cleavage.

There's really no reason this shouldn't become the best-selling videogame of all time, despite the lack of Robots on motorcycles. Want a little more proof? Take a look at this: 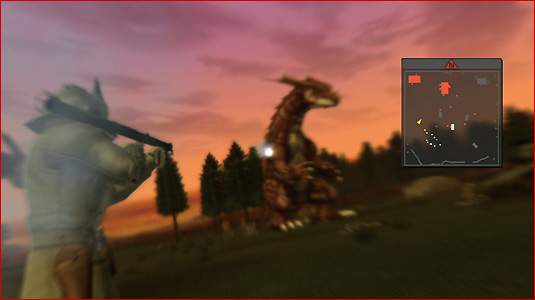 Yeah. That's right. A werewolf is shooting a rocket at a dragon.

What else do you want, America?

God you’re fucking right about Juno. Gamecritics ought to rate movies as well so I don’t have to read nothing but glowing reviews for a movie that was so obviously retarded. That old motherfucker she kind of fell in love with, in the next movie, just wait, he’s going to getting his bloody, rocket-launching revenge on that hipster little bitch come the next full moon.

Your point about ‘if we do not support a game such as this how will be get a new one?’ is quite valid. I often disparage over harsh reviews that are given to Japanese games on the 360 because its been such a long fight to get them on to something other than a Sony or Nintendo platform. For example, one early review of Operation Darkness said it was basically PS2 quality. Well what happens if you don’t have a PS2? Obviously Japanese devs are testing the water.

When will your site’s post the PS3 version review?

Here’s a question for you – would that game, “Grand Theft Auto 5: Middle Earth 1939” still have sketchy combat? Because if so, I can’t imagine giving it more than an 8.5. That’s really the ceiling for something with awkward controls and gameplay issues. More importantly though, have you no joy in your heart? At long last, sir, have you no appreciation for absurdity? I refer to the end of my article – what more do you want? Yeah, the game’s probably not going to be any good – I mean, it’s a Japanese SRPG, and I normally hate those.… Read more »

So if the next Grand Theft Auto has werewolves with rocket launchers and dragons instead of cars you’ll give it a 10, right?

How about sharks with lasers on their foreheads and flying pigs? 🙂

“Operation Darkness has perhaps the greatest premise a game has ever possessed:”

You have got to be kidding me.

This game might turn out to be fun, but it’s all cheese.

Trust me, the Mouse knows cheese when he sees it.

You look forward to this fucking retarded game? How about you learn to properly score a fucking great game you moron.

Glad to see I wasn’t the only one who noticed the game… nice coverage, dude.