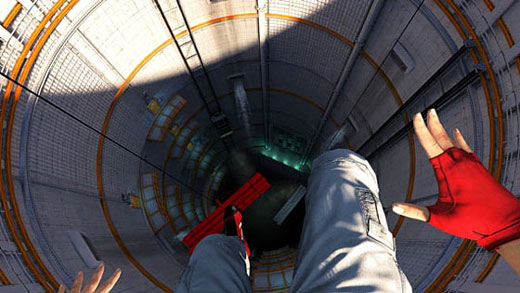 Once you've beaten Mirror's Edge it's only natural to want to check out the Time Trials and Speedruns. While the skills you learned playing the game should get you through each Time Trial smoothly enough, obtaining a three-star rating can be quite a challenge for all but the most dedicated gamer!

That's where the audiogamer's Time Trial Tutorial comes in. Simply cue up this audio file, load up your copy of Mirror's Edge, and let me walk you through a smooth, easy-to-learn path that will ensure you a three star rating on 'Playground 1', the first of the game's Time Trials.

Impress your friends! Humiliate your nieghbours! Remind all that live who is the ruler of all that is, was, or ever shall be!

Just don't let anyone know you've got the Audiogamer to thank.

Download the file by right clicking here and choosing to save the target! Or Just click on it and your browser will probably open a player or something like that.

What can you say about a twenty-five-year-old girl who died?