It’s Hard To Overstate My Satisfaction 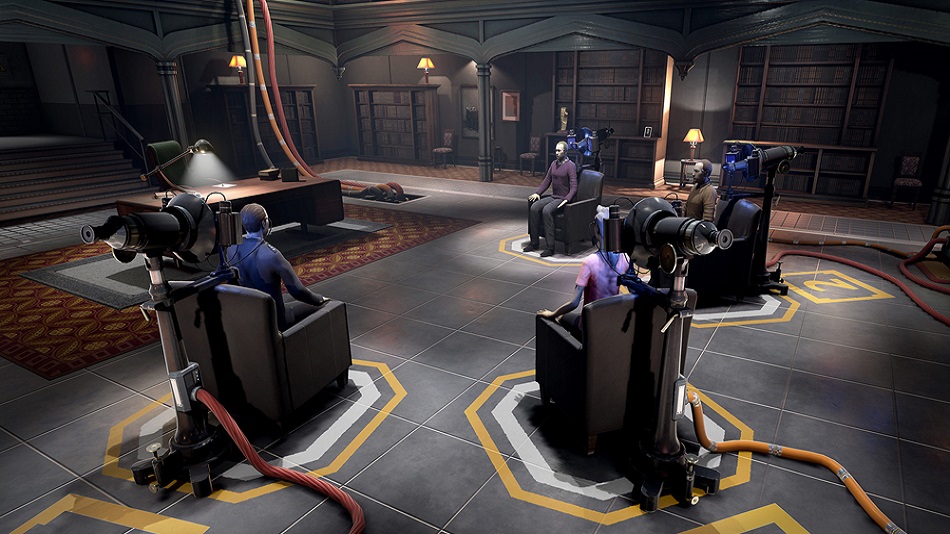 LOW Getting stuck for twenty minutes because I couldn’t find a file in plain view.

WTF If I lean forward I can look through walls. This. Changes. Everything.

The Assembly has one big question to ask – what limits should be placed on scientific research? It’s an almost universally-accepted fact that every leap forward technology makes improves lives, but what cost are people willing to place on that progress?

Set in an Aperture Science-style underground lab, The Assembly is the story of two characters experiencing very different sides of the unfettered scientific research debate. It’s up to the player to guide them through a series of challenges while considering the morality of the actions they’re asked to take.

As a first person puzzle-experience, The Assembly is the first PSVR title I’ve played that allowed full and unfettered FPS controls. The game is played with a a controller, with the player moving either by hovering a silhouette to a location and teleporting there, or by just pushing the left thumbstick to walk, and the right to turn. I understand that some people prefer the teleporting style and the game caters to them, but I had no trouble using standard movement controls.

There was a slight learning curve to having my virtual body controlled by thumbsticks while I was free to look in any direction, but it quickly became my preferred method for getting around the game’s world – it was only when I attempted to look in one direction while turning in the other that I experienced the kind of disorientation that is so often associated with VR. As long as I remembered not to attempt that unnatural action, I had no problems navigating. 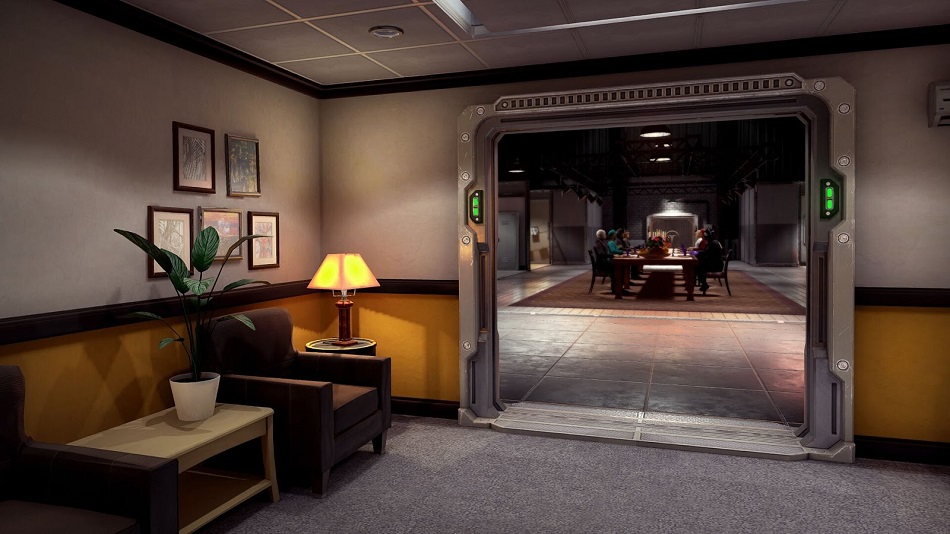 The gameplay almost entirely consists of environmental puzzle solving. Walk from office to office, read files on computers, search drawers to find items, use items to open doors. This is a perfect example of a VR experience elevating what would otherwise be a fairly standard adventure game. Without the headset, this would be a low-tension ‘explore the facility’ affair, but the immersion created by being able to freely look around my environment made The Assembly feel like a real place. Sterile hallways are far more impressive when players are inside them, rather than just looking at them on a screen.

The story also impresses – I won’t divulge too many details, but the developers have done a great job of creating two characters who find themselves holding opposite ideological positions. One suffered greatly when the borderline-unethical nature of her research became known to the public. The other is gradually coming to realize that wholly unfettered scientific exploration can have some drawbacks when the wrong people are in charge. It’s a good tale, and the voice actors do a great job of selling the emotional journeys their characters go through. Only an unnecessary epilogue slightly sours what is otherwise a mature exploration of the moral questions raised.

The Assembly‘s only real drawback is its brevity. At just three hours long, it’s more of a narrative experience. There are only three ‘puzzles’ in the standard sense of the term, and only one character comes across them. The other character’s levels revolve entirely around digging through computers and cabinets to search for evidence of a sinister conspiracy. Both halves of the game are satisfying in their own right – and a scene where the two characters cross paths does a great job of establishing the themes – but it still feels a little thin. The premise clearly warrants a deeper exploration, but perhaps that’s being held in reserve for a hinted-at sequel.

As a graphic adventure and 3D puzzle game, The Assembly is a success. As a VR interpretation of the same, it’s fantastic. The world is easy to explore, and interesting enough to make that exploration a pleasure. While it might be a little pricey for such a limited experience, it’s a solid adventure title that had me enthralled and left me wanting more. The Assembly may be an outwardly sterile place, but it’s filled with enough human intrigue to warrant the trip. Rating: 7.5 out of 10

Disclosures: This game is developed and published by nDreams. It is currently available on PC and PSVR. This copy of the game was obtained via publisher and reviewed on the PSVR. Approximately 3 hours of play were devoted to the single-player mode, and the game was completed.  There are no multiplayer modes.

Parents: According to the ESRB, this game is rated Teen and contains violence, and language. Despite the clean surroundings, there’s a lot of death in this one. While none of it is onscreen, there’s an extensive discussion of horrible threats to human life, and the acceptable number of casualties that can be rationalized by people attempting to save the world. It’s heady stuff for older teens at the youngest. Also, a dog can get killed, so be prepared for that.

Deaf & Hard of Hearing Gamers: There are no vital audio cues that don’t have a visual accompaniment. All dialogue is subtitled, but unfortunately the developers are still struggling at getting those subtitles to work just right in VR. Here, the subtitles are locked a specific distance in front of the player’s face – most of the time it works, but if players get to close to a wall or object, the subtitles will jump closer to their eyes, causing blurring and double vision. It’s not ideal.