Depression’s A Hell Of A Drug 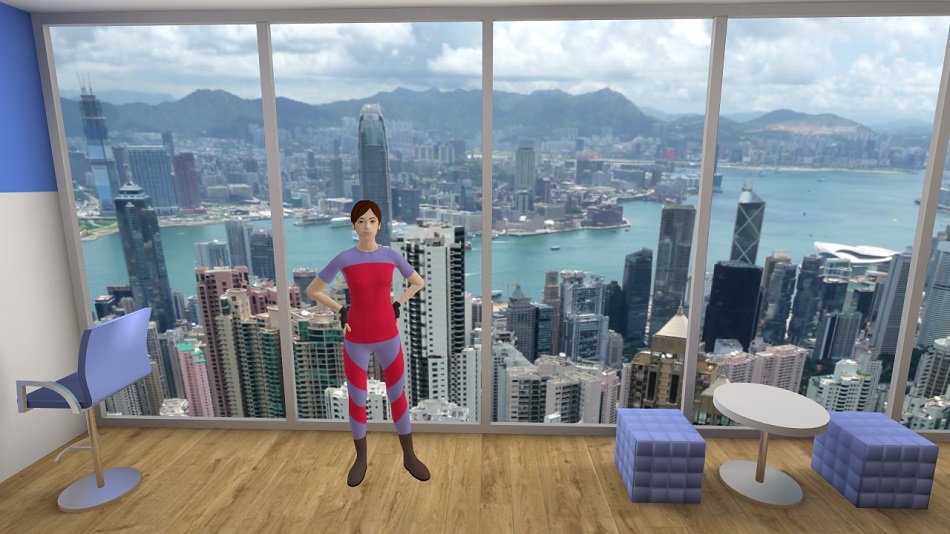 HIGH “We found and arrested the evil hacker immediately. Perks of a dystopian police state.”

WTF Okay then, nice to meet you, God.

Supposedly Wonderful Future is a piece of interactive fiction presents a vision of the world thirty years from today — it’s a place where technology has solved a huge host of humanity’s problems, while raising interesting new ones. The player controls an average worker from the present day brought forward in time to offer insight as an outsider — the future dwellers need new perspective on how to solve problems that they’ve forgotten can exist.

…Then it takes a turn that almost defies explanation, and comes close to ruining the entire experience. I’ll hold off on addressing that until the end, though, since it’s a pretty enormous spoiler. There’s a warning below.

SWF‘s gameplay revolves entirely around conversation. The player’s presence in the future is tightly controlled – they have five days of tasks, each one built around solving a problem. Fix a family crisis, deal with futuristic cyberbullying, counsel a VR addict, and communicating with… something… that can’t easily be described or explained.

Conversation trees let the player dig into the characters’ lives, figuring out where each one is coming from, and gradually giving them a sense of the bigger picture until they’re ready to make hard decisions about how to resolve each situation. All of the problems touch on various major issues that humans may encounter as technology rushes forward while culture and legislation struggle to keep up.

Take the game’s treatment of future’s megacorporations. Here, they’re portrayed as huge entities that offer technological fixes for the world’s ills. Hunger is close to being eliminated, and diseases aren’t faring much better – they’ve even found a way to stop the aging process. However, all this comes at the price of unparalleled control. For example, these corporations employ AI-driven surveillance on a level so microscopic that a person writing about suicidal thoughts in a blog post might warrant a full-team intervention of psychologists and social workers.

Each one of these sequences is humanely handled and well thought out, with enough dialogue options and character reactions to make players feel like they’re able to investigate in their own way, even if there are just a couple of possible outcomes for each one. It’s a heady, philosophical experience that doesn’t drag, and allows the player to get emotionally involved with the situation more deeply than they’d expect when looking at the ’90s-style characters and blocky rooms.

Then the player arrives at the last chapter, and everything falls apart. 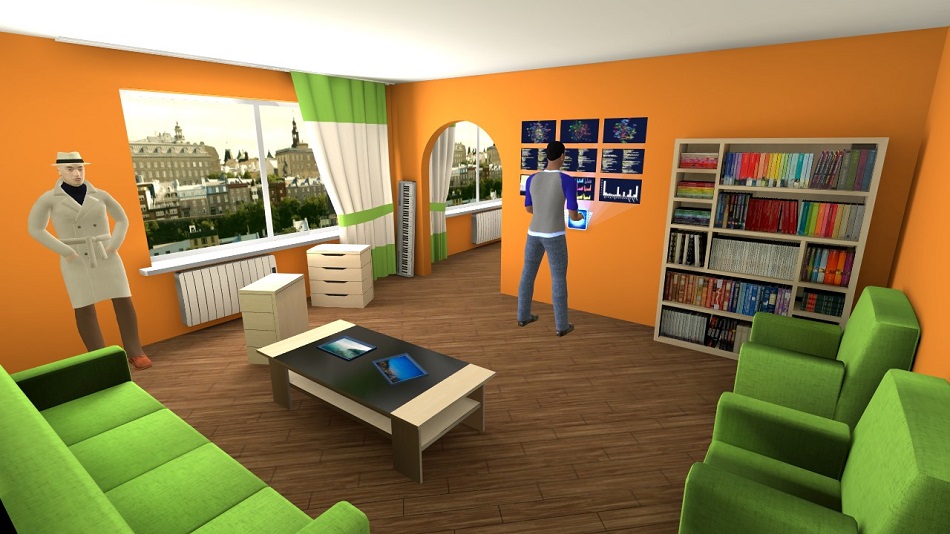 In this segment, the player meets the mastermind of the time travel endeavor, who explains that none of the tests matter, life is meaningless, and the player’s character has been brought to the future to assist with his suicide. It’s a huge clash in tone from the rest of the game, which is all about getting to know characters and understanding their worldviews before advising them on incredibly difficult situations. This time the player is just there to listen to a man ramble nihilistically before choosing between two bad endings.

The reason this falls so flat is because the player should have learned counter-arguments for every one of the suicidal man’s points over the course of the game, but the knowledge gained over hours of play has no place in the finale. All of his reasons for killing himself are poorly-conceived, indefensible, and clearly the product of a severely depressed mind. He simply can’t imagine things getting better, and in such a state there are pills that can help much more effectively than a bullet will.

Supposedly Wonderful Future is all about looking at a complicated what-if scenario, seeing how every new invention has the possibility to both help and hinder humanity, and then coming to a decision that everyone can live with. Then, it’s suddenly about a man offering truly idiotic reasons for wanting to kill himself before watching him do it. It’s a terrible ending to an otherwise fascinating, thought-provoking experience. Rating: 5.5 out of 10

Disclosures: This game is developed and published by Dmitry Zagumennov. It is currently available on PC. This copy of the game was obtained via publisher and reviewed on the PC. Approximately 4 hours of play were devoted to the single-player mode, and the game was completed. There are no multiplayer modes.

Parents: This game was not rated by the ESRB. It’s roughly a T because of some of the subject matter, but don’t let teens play it. Seriously. Teens are vulnerable to depression anyway, and as poorly-thought-out as this game’s reasons for despairing the future are, teens don’t need any help thinking of reasons not to look forward to tomorrow. Seriously, do not let teens play this game.

Remappable Controls: No, this game’s controls are not remappable. The entire game is playable with a mouse or keyboard – all the player ever has to do is click on a response or select it with a number.