The Return of Johnny Shotgunseed 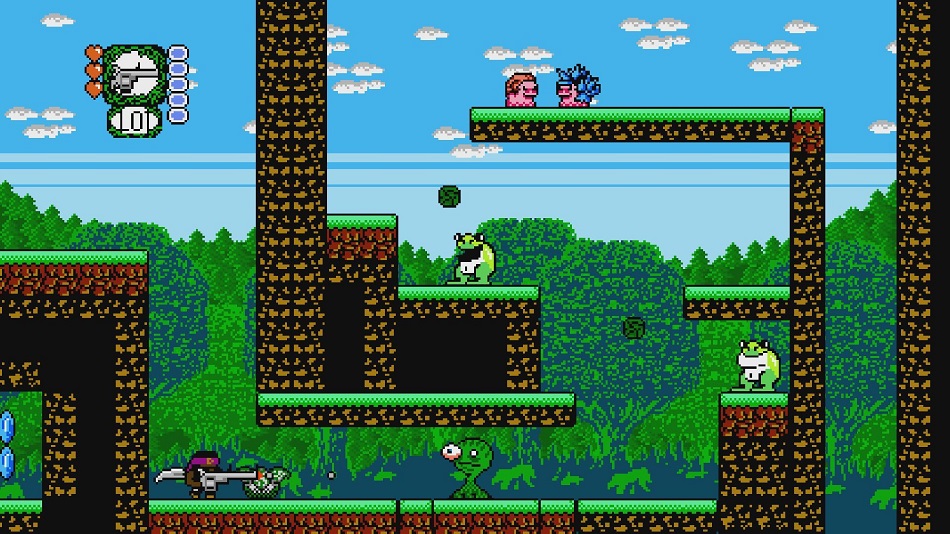 HIGH Climbing onto a gunhorse for the flappy bird section.

LOW The enemy that knocked me off more plaforms than a Castlevania medusa head.

WTF The trick to beating the final boss is… something else.

Abandoning the strict Mega Man comparison the first game invited and replacing it with a far more interesting influence, Super Gunworld 2 brings back the gunseed-planting madness of its predecessor and adds RPG elements, equipment shopping, and even an overworld with random encounters. Yes, Gunworld has gone Zelda 2, and it’s a blast.

Picking up sometime after the last game left off, Gunworld 2 sees the titular planet threatened by a team of interstellar superheroes who are concerned that there’s a planet where guns literally grow on trees. Really, who can blame them? They’ve kidnapped a number of prominent botanists and endangered the planet’s gun supplies, so it’s up to the player to defeat them, rescue the scientists, and discover who the mad genius behind the whole scheme is!

While the game can be played without the RPG elements (there’s an ‘Old-School’ just-the-levels mode to prove it) they fit the formula surprisingly well. Wandering around an overworld closely modeled on Zelda 2‘s interpretation of Hyrule was a nice change of pace for a side-scrolling shooter, especially when random monsters turn up to pull the player into a mini-zone that they have to fight their way out of, earning experience and cash in the process. 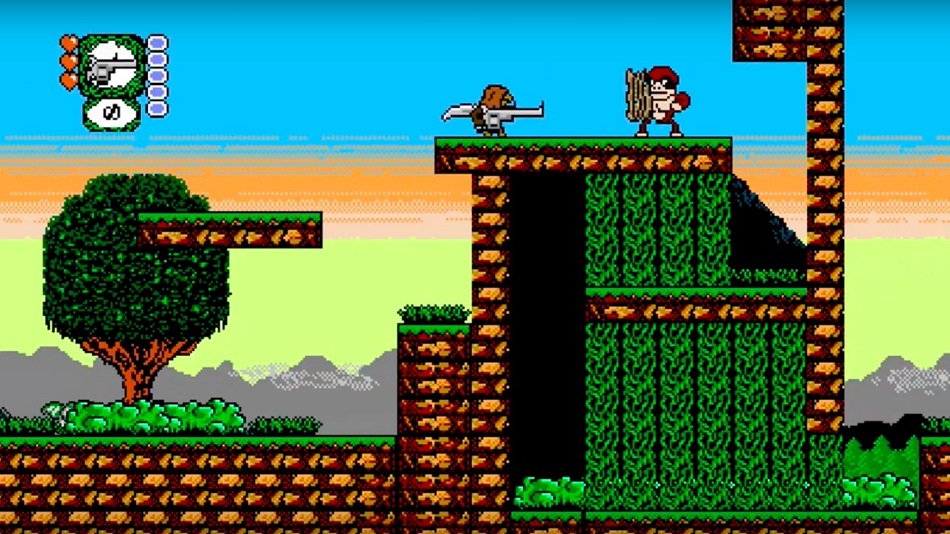 Gunworld‘s central mechanic is still a little on the awkward side – planting guns and then picking them is strange and funny, but gets frustrating whenever the action gets hectic. This is especially true in complicated platforming sections because the player must plant and harvest the gun that allows them to double jump, and it only has two shots before it runs out of ammo. Likewise the invincibility bubble has just one use before the player is forced to plant and pluck a new one. I’m sure the developers were worried about these special weapons making the game too easy, but in practice, finding a four-block-wide space on which to plant a needed weapon can be extremely difficult.

Other than this hiccup, the level designs are fairly simple — the player can choose which of the first two bosses to take on, but both must be defeated before they can unlock the door to the third, after which they’ll move into a second map where the rest of the bosses are situated. The developers have built some notably complex maps which demand to be revisited, Metroid-style, as players bring back their new weapons to reach inaccessible areas and unlock secrets.

In addition to the solid level design, Gunworld’s strongest feature is the setting, which is just as wonderfully bizarre as ever. There’s a decent amount of dialogue between the characters in the main town location, all of it witty, strange, or both. Likewise, all of the bosses are well-drawn and clever, each offering a completely different kind of challenge than the next.

Gunworld 2 is a pleasure to play, and a retro experience in all the best ways. Unlike Double Dragon 4, which preserved the worst parts of that franchise, Gunworld has looked at Zelda 2 and the Mega Man series, carefully decided which parts still feel worthwhile and will work best together, and transformed them into a new experience that captures the 8-bit feel without being beholden to its limitations. Rating: 7.5 out of 10

Disclosures: This game is developed and published by M07 Games. It is currently available on XBO, PS4, and PC. This copy of the game was obtained via publisher and reviewed on the PS4. Approximately 8 hours of play were devoted to the single-player mode, and the game was completed. There are no multiplayer modes.

Parents: According to the ESRB, this game is rated E10 and contains fantasy violence. A guy plants guns and uses them to shoot aliens. Honestly, you’d think this would be more objectionable than it actually is. Monsters explode bloodlessly, and the more humanoid boss enemies are clearly subdued, but not killed by the gunplay, as they turn up in jails later on in the game.

Deaf & Hard of Hearing Gamers: There are no audio cues of note, and all story is told through onscreen text.