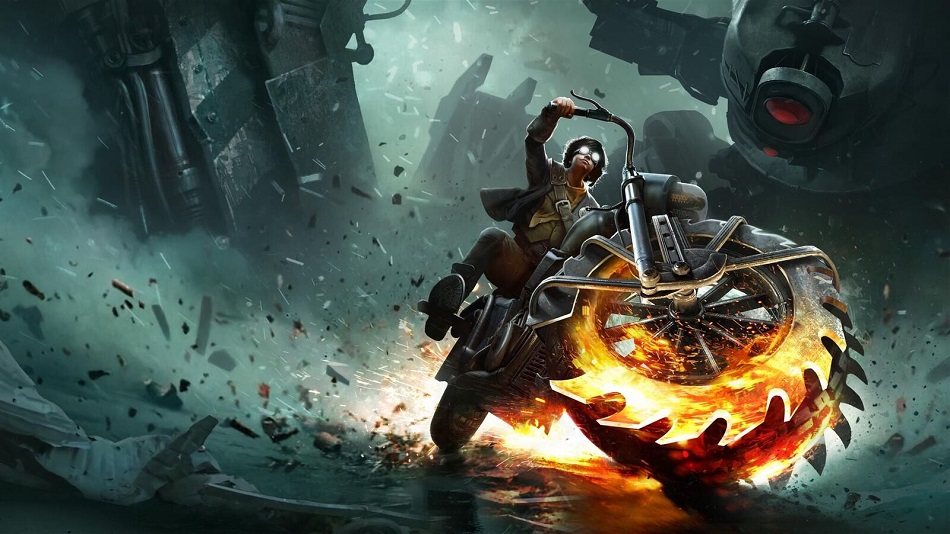 I know it’s reductive to not think of the Trials series as ‘real games’, but the complete lack of a story or context for the stunts and timed runs has always left me cold, despite how much I’ve loved the super-tight gameplay. So, it’s possible that I was unusually well-primed to find Steel Rats a delight since it takes the core concept of Trials – stunt biking through crumbling urban spaces – and adds gunplay, robot invaders, and what can be best described as ‘bike-fu’. The combination is a glorious one.

Set in a high-tech but eerily depopulated version of 1940s America, Steel Rats stars a motorcycle club who find themselves humanity’s last, best hope against an army of automatons. In a startlingly fortuitous coincidence, the entire club had just recently replaced all of their bikes’ front wheels with buzzsaws capable of effortlessly slicing through steel! 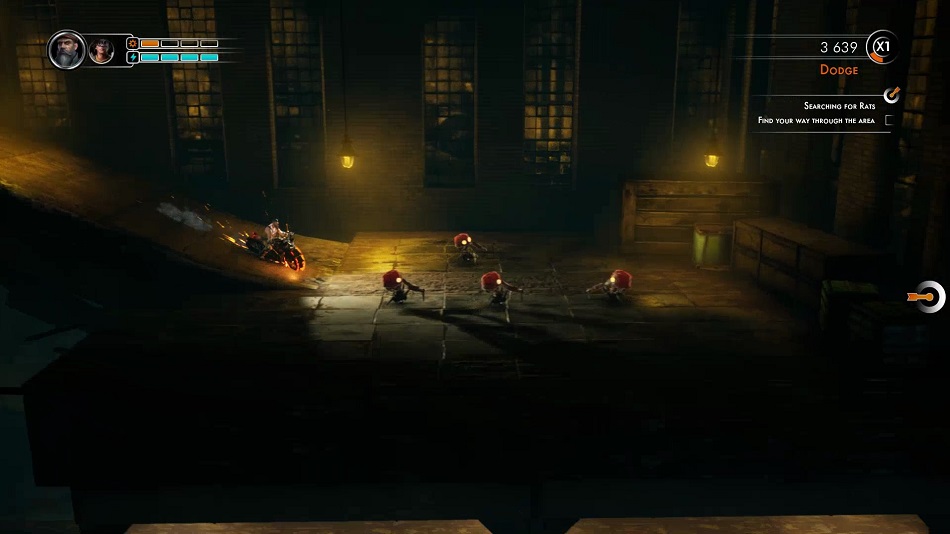 The environments – at least in the first of the five worlds – are moody and eerie, using a deep background and dim lighting to reinforce the loneliness of the bikers. Whether delving into a cave or roaring down a rural highway, the bikers are isolated figures, forever attempting to escape the sinister world that surrounds them.

Whether it’s drone hunters chasing them through  or freight indifferently blocking their path, the game never lets the fragility of the bikers get far from the player’s mind, but it’s this fragility that makes the combat all the more satisfying. 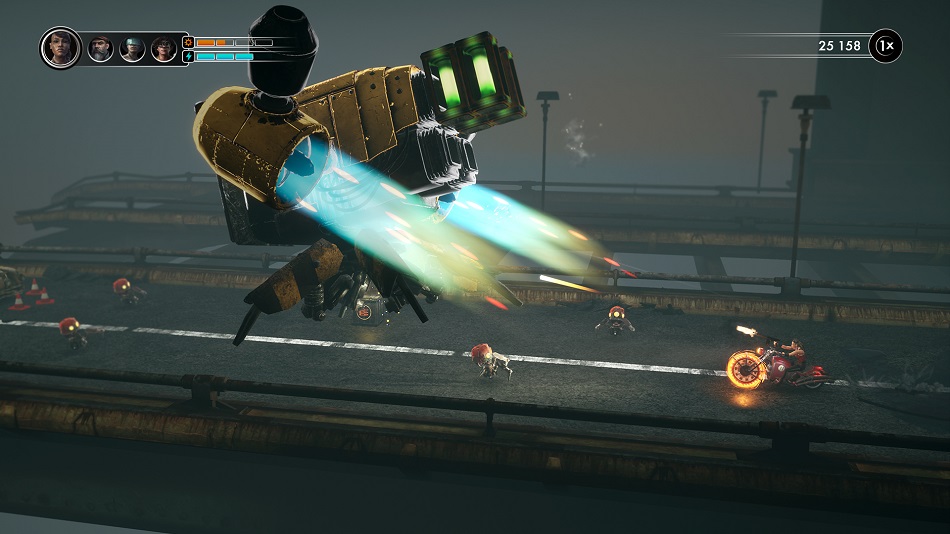 While navigating jumps and avoiding obstacles, the player can weave back and forth between two lanes using the impressive bike controls – during combat, this maneuverability allows the players to dash, sideswipe, and charge foes into oblivion. Between ranged-weapon consumables, rechargeable attack skills, and the aforementioned buzzsaw wheels, the battles are quick and brutal — sparks fly everywhere as robots are torn apart or blasted to pieces. Steel Rats is offering a new kind of videogame combat, and given how satisfying it is to pop a wheelie and use it to slam a flaming saw into a robot’s torso, I think it’s going to be successful.

Steel Rats offered challenging, bite-sized thrills. No area is meant to last more than a couple of minutes to ensure replayability. In addition to plot collectibles, players have tasks to accomplish in order to earn the scrap they’ll need to upgrade their characters and bikes – I ran through a couple of the levels multiple times, and noticed my skills quickly improving as I developed a feel for the handling and the game’s interpretation of gravity. 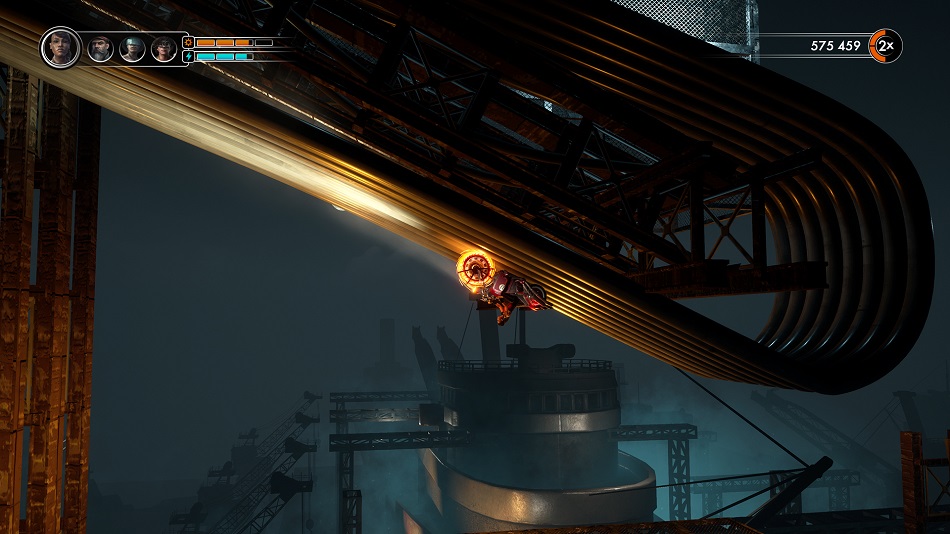 Steel Rats has innovative combat and a stunning visual aestheic, but most importantly for me, it offers a promise of justification for all of its stunt-based mayhem. Finally there’s a goal in mind as I smash through obstacles and backflip over explosions. I can’t wait to check out the finished product and see exactly what that justification winds up being!