Okay, Here’s An Easy One 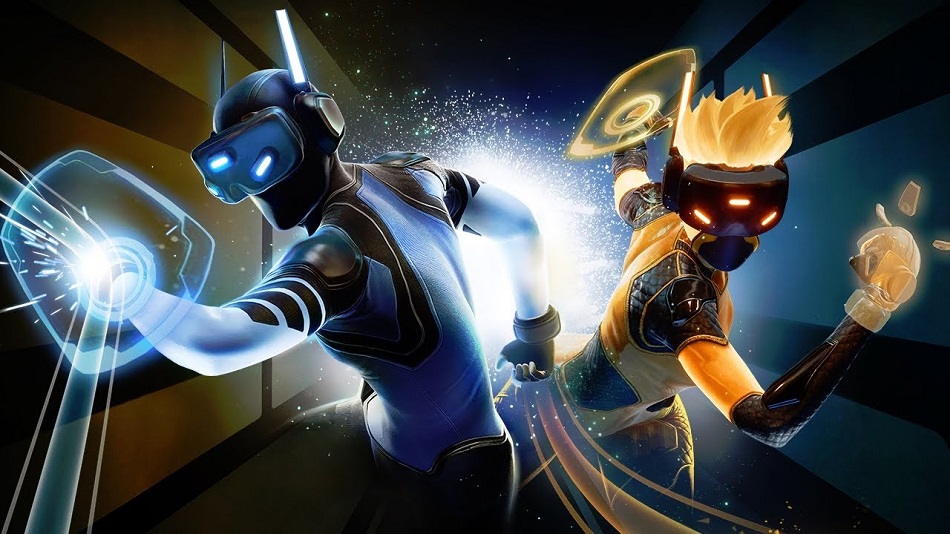 HIGH Hitting an opponent with a four-wall carom.

LOW My inexplicable penchant for failing to catch my own ball.

A two-player experience that feels as if it was torn out of Tron wholesale, Sparc is the latest attempt to create a dedicated VR sporting community by adding a physical element that’s largely missing from the e-sports world. Players grab their move controllers, slide the display over their eyes, and enter a virtual space where they play a game that’s best described as a hybrid of dodgeball and handball.

The rules are incredibly easy to grasp. Each player stands at one end of a narrow hallway, armed with twin gauntlets and an energy ball. The goal? Throw that ball so that it strikes the other player, while avoiding being struck. It’s basic, sure, but the game is designed as a room-scale experience, forcing players to dodge left and right, sliding and ducking out of the way as screaming spheres of energy race towards them.

Naturally, Sparc has a few complicating factors. While held, the ball forms an energy shield that can be used to bat enemy spheres back at high speeds. This forces the other player to dodge or catch their own ball because spheres on a return course can be just as deadly as an opponent’s pitched attack. The developers even included a way to deal with players who are especially good at dodging. Behind each player is a static target. If a sphere strikes it, it returns to the thrower larger, faster, and exponentially more difficult to dodge. Sparc is not a game designed for long, drawn-out matches. 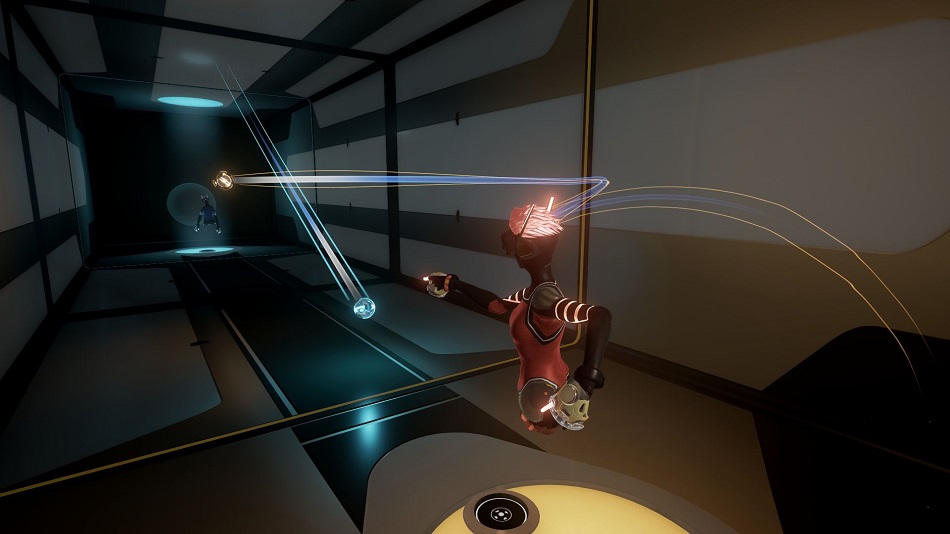 Vitally, the tracking is incredibly tight and accurate. It requires a large play area, of course, and the camera needs to be able to see the player’s entire body – throws and catches can happen anywhere from the floor to ceiling, and about five feet to either side of the red circle that players are told to use as their home standing position.

The visuals are a study in effective minimalism. The gauntlets are intricately hi-tech, but the game field is clean and spartan, stripping away all distraction and focusing entirely on the action. This could have just as easily been set in a medieval dungeon with wizards casting fireballs from glowing staves, but by focusing on the virtual sports theme, the developers have done themselves a favor. Everything about Sparc is so directly keyed in on the mechanics of playing that I believe it will age well – it’s thrilling to play, and there’s nothing to keep anyone from jumping in.

In the handful of matches I played I didn’t even have any matchmaking or lag issues, although that’s a factor of luck and good bandwidth. With a reliable connections, Sparc‘s only real downside is a lack of singleplayer features. A variety of AI foes to practice against would have been a nice addition, but all it has to offer are a set of challenges. While climbing leaderboards can be entertaining, adding practice bots to warm up on before going online would have helped make it a little more newcomer-friendly.

While the idea of starting a whole new sport may seem a little ambitious, Sparc‘s developers have pulled it off effectively. I don’t know if it will catch on, or how widely it will spread, but it establishes everything that it needs to. It’s easy to start, it tests reflexes aggressively, and at the end of a few matches, everyone will feel like they had a good workout. Really, what more does a sport need? Rating: 8.5 out of 10

Disclosures: This game is developed and published by CCP. It is currently available on PSVR. This copy of the game was obtained via publisher and reviewed on the PSVR.  Approximately 2 hours of play were devoted to the single-player mode, and the game cannot be completed. 4 hours of play were spent in multiplayer modes.

Parents: According to the ESRB, this game is rated E and contains nothing objectionable. It’s virtual handball by way of Tron‘s data disks. It’s fine. Go nuts.

Deaf & Hard of Hearing Gamers: I was able to play the game on mute with no notable problems.