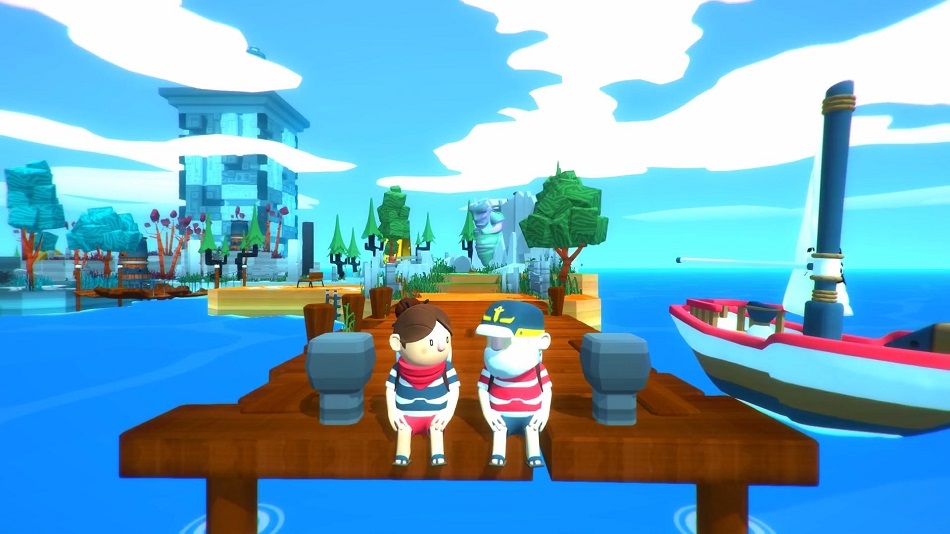 HIGH Using my guitar to turn the world black and white.

LOW Trying to get a photo of a fish in flight.

Half block-puzzle game and half relationship quiz, the laid-back Solo takes players on a journey through a series of archipelagoes where they’re posed multiple-choice questions about their romantic lives and then confronted with statements designed to make them question their values and major life decisions. And actually, that also sounds a lot like the first step of a cult’s brainwashing and indoctrination, so maybe there’s a bit of that as well.

Offering a world without external threat, Solo encourages players to find their foes within. They’ll move from island to island, wandering around lush, low-poly environments, hanging out with adorable animals and climbing on the wooden crates that form the basis of all the puzzles. At the same time, they’ll find themselves constantly bombarded with messages about the nature of love, and forced to gradually assemble an idea of the perfect relationship with a surprising lack of judgement coming from the game itself.

Every one of the puzzles has the same basic structure – the player must touch a lighthouse to illuminate a totem pole, then make their way to that totem pole to answer a personal question and raise the next set of islands from out of the endless ocean. Getting to the lighthouses and totem poles requires players to pick up and place boxes throughout the world, gradually climbing to impressive heights and then using a parachute to glide to objectives. 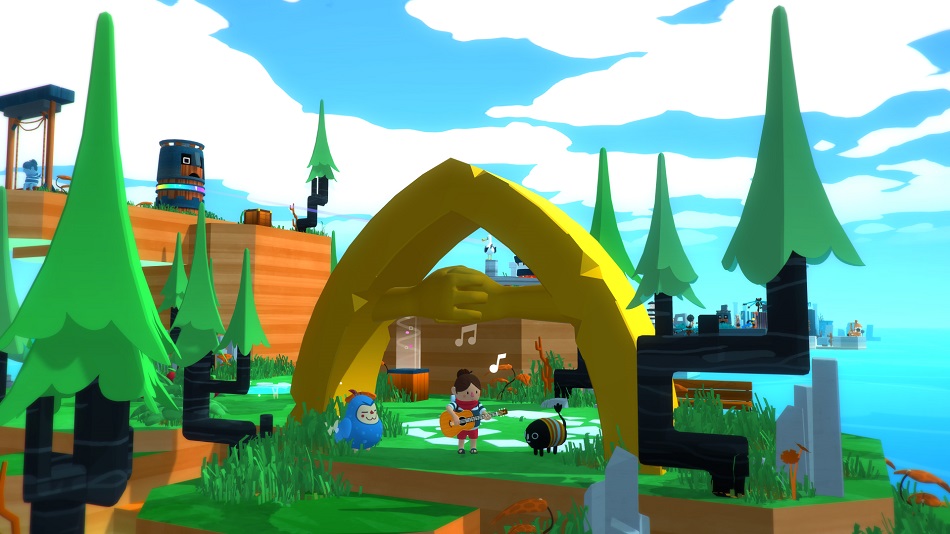 The puzzles aren’t too taxing – this is obviously a game that’s meant to be beaten. While the second half of the adventure does offer some convoluted obstacles, there are only ever a maximum of six blocks to work with and a clear destination to reach, so anyone willing to try one combination after another will eventually be able to muscle their way through. While I found myself frustrated more than once, I never stayed that way for long.

While it may seem simplistic based on my description, the most impressive thing about Solo is the way the developers have made their point of view clear through puzzle design and environmental storytelling. It might initially appear that Solo wants little more than to tally up some personality points before providing the player with a profile in the final level, there’s a much more interesting story happening along the way.

In a meta sense, every puzzle is solved by building a bridge, making a leap, or both, so the subtext is clear – relationships take work. This theme is reinforced in the bonus objectives which ask the player to either build a bridge to reunite lovelorn cats, or assemble a device to water a garden, bringing its flowers back to life. Everywhere the player looks, there are reminders that interpersonal relationships are a constant source of challenge, with significant rewards available for those who put in the effort.

Solo is quiet and playful, with bright colors and a soft art style designed to charm the player into a sense of security so that they’re more willing to divulge their true feelings. It doesn’t offer the deepest or most revelatory personality analysis, but as a tool to make players stop and consider the value they place on romantic relationships in their lives, Solo is a stunning success. Rating: 7.5 out of 10

Disclosures: This game is developed and published by Team Gotham. It is currently available on PC. This copy of the game was obtained via publisher and reviewed on the PC. Approximately  3 hours of play were devoted to the single-player mode, and the game was completed. There are no multiplayer modes.

Parents: This game was not reviewed by the ESRB, and contains no obvious content warnings. Despite the cute look and lack of obviously objectionable content, this is not for kids. It’s specifically a game about considering how romantic relationships affect our lives, and probably wouldn’t be relevant to youth. There’s also a question about your sex life, so…

Deaf & Hard of Hearing Gamers: I played much of the game with the sound off, and encountered no difficulties. It appears to be fully accessible. The text cannot be resized. 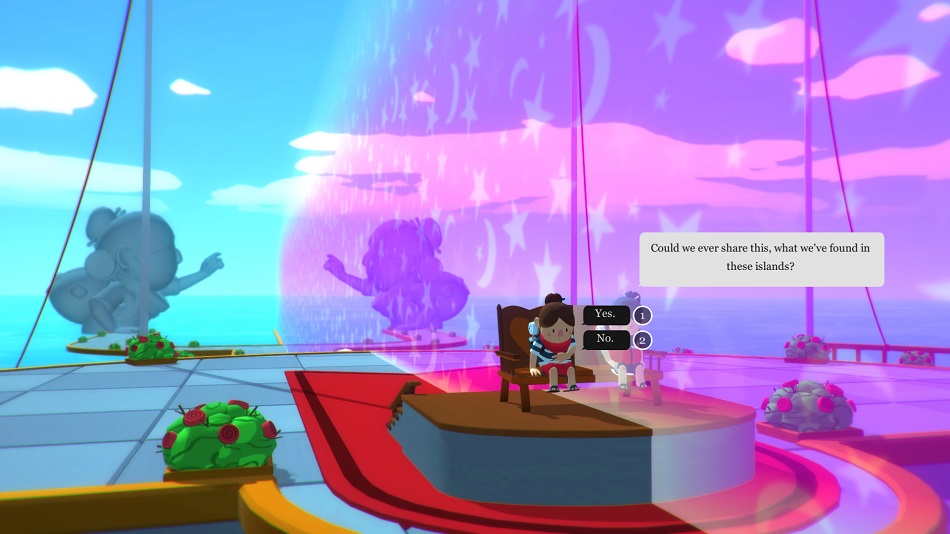 Remappable Controls: No, this game’s controls are not remappable but it can be played with controller or mouse and keyboard. 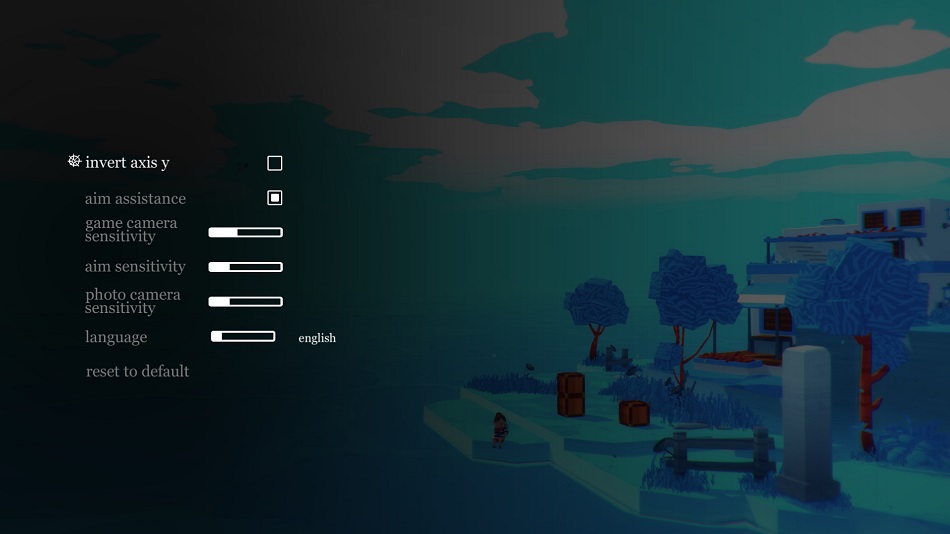