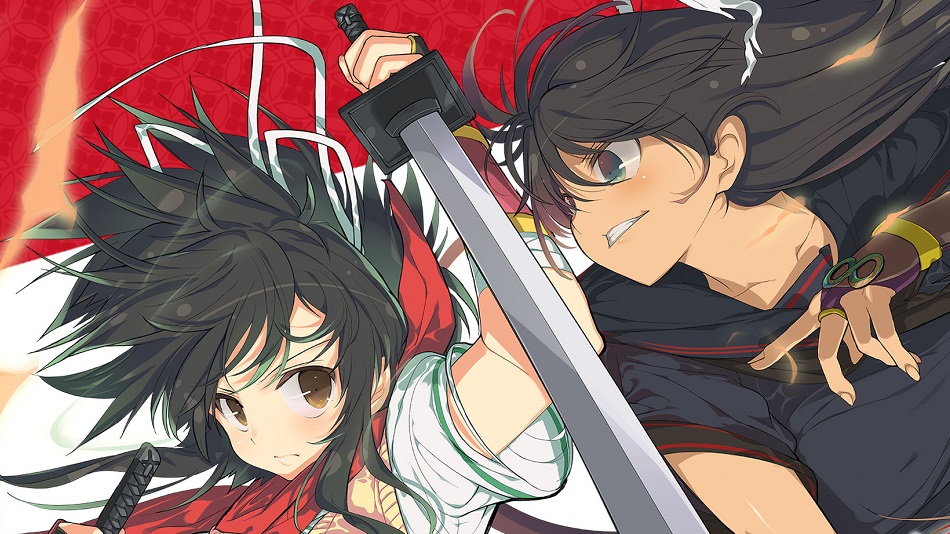 LOW Not even Jasmine stopped by?

WTF One menu screen focuses on someone trying to teach themselves to smile.

My first experience with Senran Kagura was Bon Appetit, of all things — it was a rhythm cooking game about rivals in a chef competition whipping up dishes until their opponents’ clothing flies off. It was something else.

This was followed by Estival Versus, a game that started out as a sexy beach party before gradually evolving into an exploration of the various ways to deal with grief from the loss of a family member.

Then, in the next game, the family member over whom the most tears were shed returns as a DJ piloting a killer robot. So… it’s a series with a fairly wide range of tones. As such, I’m not shocked by Senran Kagura: Burst Re:Newal’s reveal that the series started out in a dark place, but the depths of that darkness were fairly bracing.

A remake of the first Senran Kagura game, Burst Re:Newal gives players a chance to get caught up on the story while enjoying combat more in tune with the current state of the franchise, rather than the awkward 2D experience that was offered in the DS original. It’s the franchise at its best, both a fast-paced 3D brawler where the player smacks down waves of cannon fodder before dueling with another main character, and a well-written visual novel with hours of Japanese voice acting.

The combat has been upgraded since Estival Versus – while the basic mechanics are the same — perform regular attacks to charge up a Shinobi bar, then transform into a powered-up state and start using super techniques — there’s also a ‘Burst’ bar. Burst lets players got into a different hyper mode where they do more damage and take less, ending with an apocalyptic blast of energy that can win a fight in a second. 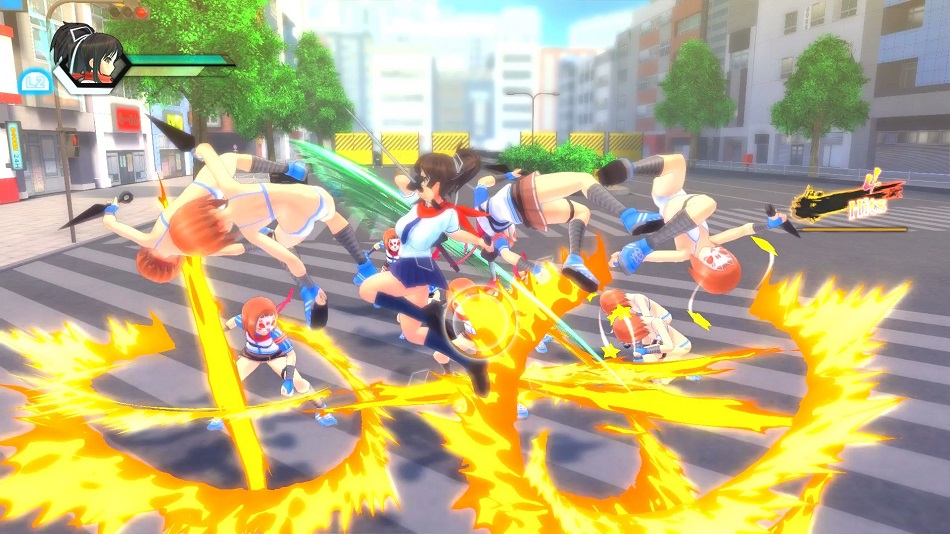 There’s also a new focus on active defense that brings the game more in line with the competition. Now, when enemies start to attack, a predicted path of their strike appears on the ground, color-coded to let players know whether it’s blockable or not. There’s still a real element of skill to defense, though – this isn’t an Arkham-style ‘use the counter button’ setup. The indicator is simply there to help the player plan during hectic melees. If they want to counter they’ll have to know which of their attacks break enemy stances, and if they want to parry (it stuns foes and sets them up for a counterattack) they’ll have to match their block to the correct frames of of the incoming strike. The timing is more forgiving than something like Dark Souls, but skill is a key part of success.

While the combat’s souped up, the environments are a little disappointing. Nearly every one of them already appeared in Estival Versus, and while they’ve been visually upgraded and look better than ever, they’ve all been seen before.

Those interested in the infamous Senran cheesecake factor won’t be disappointed – all of the sexy outfits and salacious poses that the series is known for are still present. Estival’s ‘stage nudalities’ have been replaced by ‘Burst Finishers’ — special clothes-rending cut-ins that play if a character is beaten while the player is in Burst Mode. The widely-reported ‘censorship’ of this Western release is barely noticeable. The dressing-room groping minigame has been removed, and no matter how naked a character is at the end of a fight, she’ll have her underwear back on during the post-fight dialogue scene. Fairly minor changes, all told. 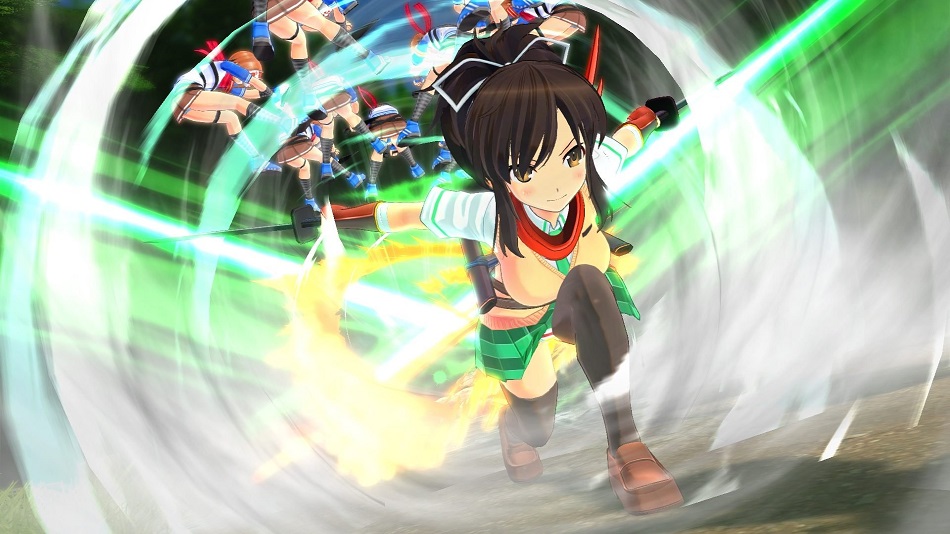 As is always the case, Burst Re:Newal‘s greatest strength is in its story. Over the course of eighty missions, the player will see a complete story told from the perspectives of two rival ninja schools. It’s absolutely packed with great moments and served to answer most of my questions about the characters’ backstory. There’s tragedy permeating every part of these girls’ lives, as the developers understand that at its core, the series is about people being taught to kill and die at the request of their employers. There are cute characters and funny sequences, but there’s a dark cloud constantly looming over the proceedings. This is a world where an competitive eating event can segue into a meditation on the people suffering from food insecurity, and a beachside vacation can end with a character flashing back to finding their best friend’s stabbed corpse discarded in a trash-strewn alley. Like all entries in the Senran Kagura series, it ends on a hopeful note. But fair warning, it can be a bleak journey getting there.

Burst Re:Newal plays better than any SK game before it and has the most satisfying story yet. If it weren’t for the lackluster fields of battle, I’d have no trouble calling this the best game of the franchise. Regardless, it’s a perfect starting place for those new to the battles of these soulful, buxom shinobi, a fantastic plot resource for fans who didn’t play the DS game, and one of the most player-friendly brawlers around. Rating: 8 out of 10

Disclosures: This game is developed by Tamsoft and published by XSEED. It is currently available on PC and PS4. This copy of the game was obtained via publisher and reviewed on the PS4. Approximately 25 hours of play were devoted to the single-player mode, and the game was completed. There are no multiplayer modes.

Parents: According to the ESRB, this game is rated M and contains Partial Nudity, Sexual Themes, Strong Language, and Violence . No kids allowed, as usual. Skimpy costumes, sexualized combat, a shockingly in-depth look at S&M relationships — there are plenty of serious issues brought up in the game, but they’re handled deftly. That said, if older teens were to get a look at this story about humanizing those you thought of as enemies and choosing life over ideology, then that maybe wouldn’t be the worst thing in the world.

Deaf & Hard of Hearing Gamers: I played the game on mute for most of my time with it, and encountered zero difficulties. This game is fully accessible. 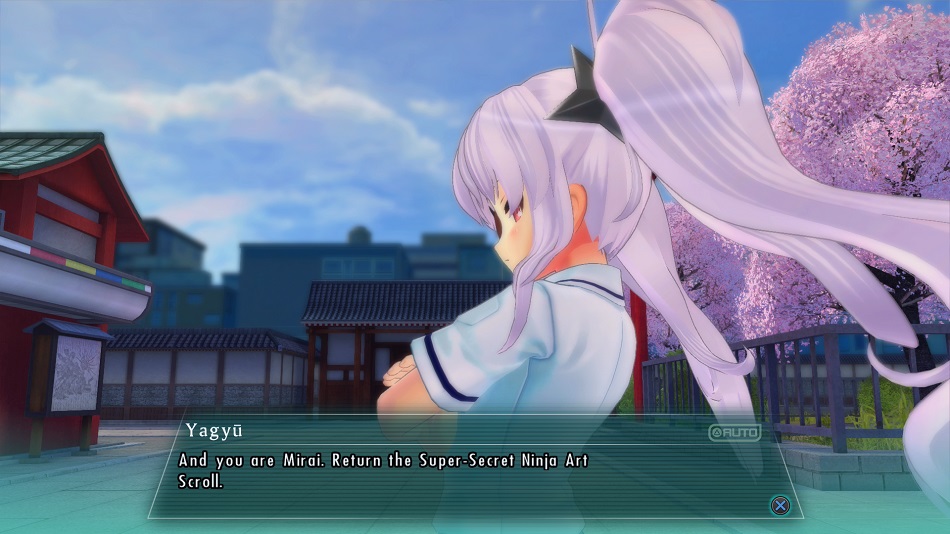 Remappable Controls: No, this game’s controls are not remappable. There is no control diagram. Players use the left thumbstick to move, right to control the camera, and face buttons for attacks.

Minor correction – Senran Kagura Burst was on the 3DS, not the DS. It’s therefore also a little weird to refer to it as an “awkward 2D experience” – it was more of a 2.5D brawler, and you could play with 3D visuals – supposedly the franchise was created specifically because Kenichiro Takaki wanted to use the 3DS to show “boobs” in 3D: https://kotaku.com/5791945/what-this-man-really-wanted-was-to-see-breasts-in-3d

(Feel free to delete this comment; just passing along the correction.)