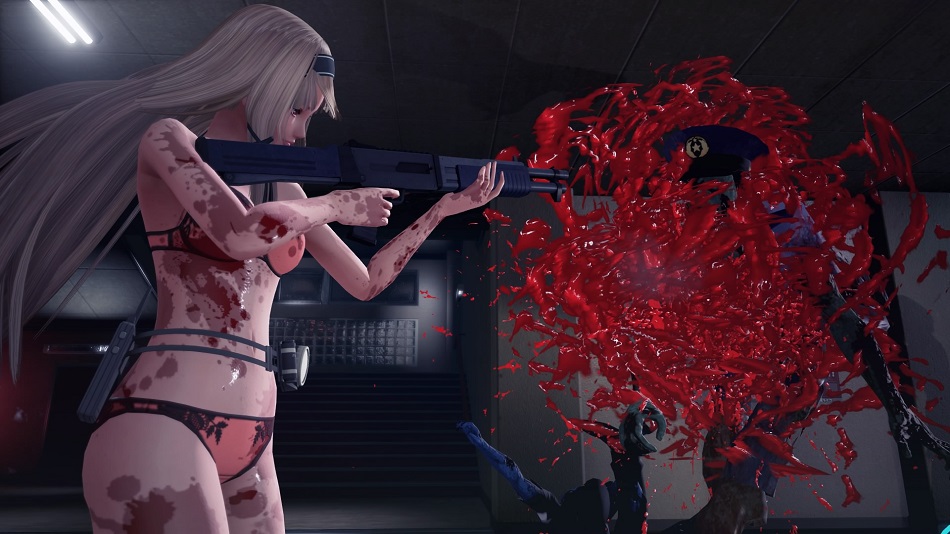 LOW Auto-aim weapons frequently target enemies on the other side of floors or ceilings.

WTF “Kawaii” is translated as “Adorbs”. This is a gamechanger.

School Girl/Zombie Hunter is exactly what it says it is, and not one bit more. It delivers perfectly on its title, offering interpersonal drama between teenagers that fire assault rifles at zombies. It’s the kind of game that wears its insanity on its sleeve, positing a world where students – in addition to their regular studies and club activities – are issued official school weaponry and trained to use it in preparation for an inevitable attack by zombies. Well, the attack is here, and it’s glorious.

The adventure begins with remarkably little context. A high school is being besieged by zombie horde led by a mysterious hooded figure. Why are the zombies attacking? What is the hooded man’s plan? How did no one notice that the school was built atop what appears to be an alien spaceship full of zombie-generating machines? None of these questions will ever be satisfactorily answered, because the game is far more concerned with its heroines’ various emotional problems, and how they use the catalyst of a zombie apocalypse to face and overcome them.

Over 30 story levels, players control each of the heroines multiple times for simple third-person shooter action. Once the girls have been equipped with a variety of weapons and dressed to the player’s taste, they set off on missions ranging from exploration to zombie extermination to base defense. The missions are bite-sized, almost all taking place within a limited section of the school grounds, and lasting no more than ten minutes. The action is constant and frenetic, with zombies spawning in quantities high enough to test the limits of players’ unlimited ammunition. 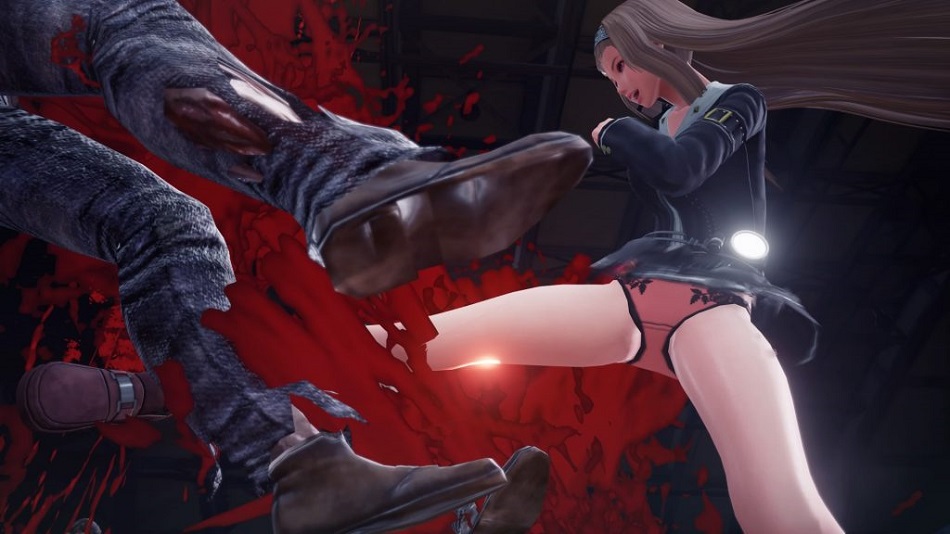 SG/ZH does a great job of constantly mixing up the action, both by regularly unleashing new types of zombies and challenging players with surprising obstacles. For example, there are key zombies that must be killed to unlock pathways, huge zombie-summoning gates to destroy, even hidden zombie birds that players can track down to unlock new hair colors and rocket launchers. It took me about ten hours to get through the entire campaign, and the pace never flagged, nor did I ever feel like I was playing the same level over and over. The total map size is quite modest, but the devs have done a stellar job of building levels out of logically restricted slices of the grounds, creating the impression that the school is a good deal larger than it actually is.

The available arsenal is huge, but it’s manageable and simple to understand. The heroines can equip everything from handguns to sniper rifles, each with their own strengths and weaknesses when it comes to clip size, reload time, and firepower. Each weapon also has a two-letter code after its name, letting players immediately identify what that gun’s special abilities are. There’s no need to memorize gun names or go scrolling through stats – weapons have either one or two powers (bonus attack strength, piercing, knockdown, or the all-powerful dismemberment) and the clear labeling system makes it a snap for players to always grab the exact gun they need for any situation. The only duds on offer are the sniper rifles, since there simply aren’t many situations that call for long-range combat.

In the multiplayer mode, up to five players can jump into ten different combat missions, cooperatively taking on hordes of zombies. It’s here that the combat system demonstrates depths that aren’t plumbed by the campaign. While brawlers with shotguns and SMGs keep the zombies at bay, support players can use explosives and rifles to thin out the horde at its source. It’s not a particularly robust or varied mode, but the co-op features work great, and the sheer number of zombies to be killed make it a great way to grind levels before trying the campaign on hard difficulty.

School Girl/Zombie Hunter does almost everything right. I could pretend to be annoyed that the story never gets around to explaining who the villain was or what he was doing, but the writing does such a good job of making the heroines’ emotional journeys resonate that the fact that their story doesn’t make sense is a minor quibble at best. It’s a game about teenagers with assault rifles shooting technicolor zombies – how much sense does it need to make? The missions are well designed, the dialogue is witty, and the combat mechanics are solid. The low-budget look and grindhouse premise make me feel like I should be apologizing for loving this game, but I’m not — this is one of the most delightful things I’ve played all year. Rating: 8.5 out of 10

Parents: According to the ESRB, this game is rated M and contains Blood and Gore, and Partial Nudity.  No kids, no way. It’s a game primarily about shooting the limbs off of zombies, and those limbs fly off with huge splashes of blood every time. Other game mechanics include tearing off clothes to distract zombies, leaving the heroines in their underwear. Also, there are shower scenes. So no kids. Please.

Deaf & Hard of Hearing Gamers: I played the entire game on mute and noticed no significant issues. All dialogue is subtitled and all direction is presented in text. it’s fully accessible.