The World’s Not Big Enough For Him 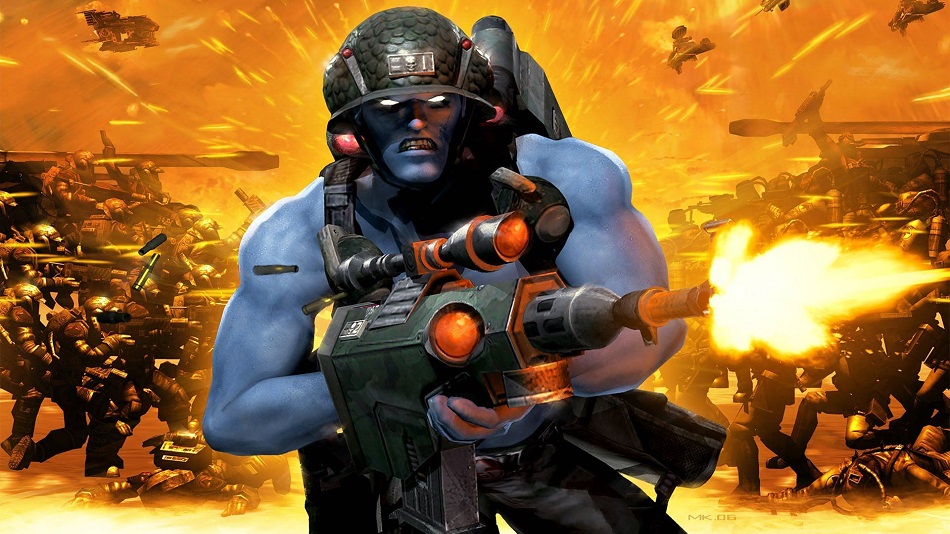 LOW Trying to fight on a staircase when all I can see is Rogue’s back.

Fundamentally, this is the same game that Brad and Andrew reviewed so positively more than a decade ago when the original version was released on the PC, PS2, and Xbox. Please read those articles for more information, but back then this was an innovative shooter with a slightly wonky camera and an awkward cover system that does a fantastic job of adapting source material perfectly designed for a videogame. The voice acting is top-notch, and the newly refined textures do a good job of hiding just how simple and blocky the environments are.

Is this work still relevant, though? Is it worth a look from a new generation of players who have no particular affinity for the original? Does the world need another third-person sci-fi shooter? Especially one that’s clearly showing its age?

At its core, this is a fabulous strategic shooter. Rogue is one of the most versatile heroes in gaming, as he’s equipped with an incredibly modular arsenal. His rifle can have a number of different attachments swapped in, going from ‘shotgun’ for clearing tight hallways to ‘surface-to-air missile launcher’ in just a few seconds. He can snipe foes huge distances away or leave the rifle on autofire, picking off and distracting enemies while he sneaks around the map to break necks or take headshots with his backup magnum. 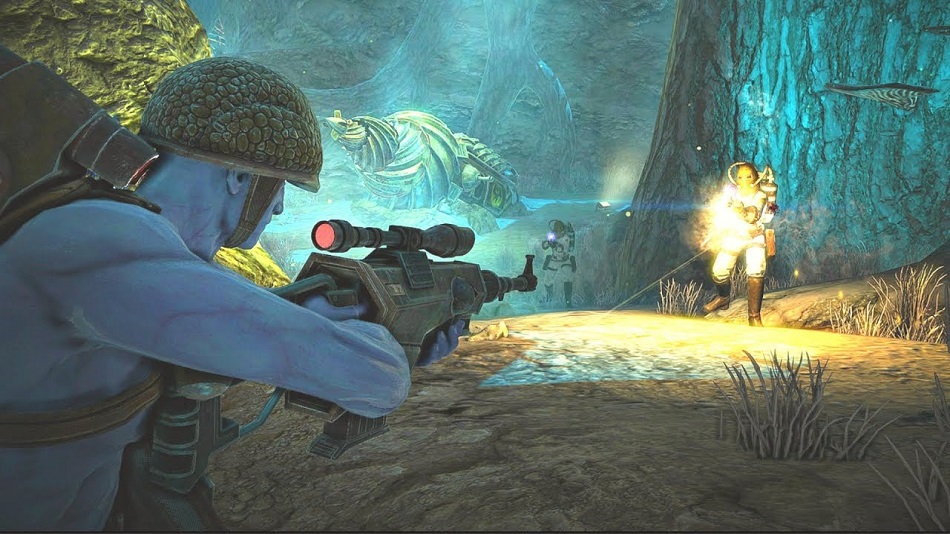 Rogue Trooper‘s biggest problem is that the levels tend to be too small and linear to really give the player a chance to try out the abilities. This is a character that can create a minefield whenever he wants, then build a holo-decoy on the other side to trick soldiers into running straight into it. Why is he just running through small industrial facilities? The answer, of course, is that consoles at the time were completely incapable of handling the kinds of worlds that Rogue should be inhabiting. Rebellion went on to build an amazing open-world shooter in this year’s Sniper Elite 4, but even that game can’t match the ambition that goes unrealized by this title.

When Rogue Trooper is at its best, it’s running players through beautifully-crafted action setpieces. Players will map out an area, use grenades to soften up a position, get the enemy chasing shadows, then sweep in for the kill. Walking tanks will lumber out of hangers, then be shut down by EMP grenades so that Rogue can rush in for an execution. There are too few of these sequences, however, and the regular cover-based shooting, while solid, isn’t anything that hasn’t been done better elsewhere. Also, every time Rogue gets anywhere near a turret, the game just gets terrible. It’s especially sad that there’s an entire level devoted to running the player between them.

While the original game is a mixed bag, the new multiplayer modes are a great addition. In addition to a wave defense mode, there’s a challenge mode that lets players fight their way through extremely dangerous maps while drawing from a limited pool of lives. All of the modes can be played single or multi-player, and all provide a nicely-tuned difficulty level, ensuring that multiple players will have to cover and support one another if they want to succeed.

Rogue Trooper is strange in that it stars a character too large and interesting for the game he’s the center of. The devs were clearly pushing the limits of the hardware back then, and this property and its ideas deserve a bigger and better canvas than a simple Redux can deliver. Rating: 7 out of 10

Disclosures: This game is developed by TickTock Games and published by Rebellion. It is currently available on PS4, PC, and XBO. This copy of the game was obtained via publisher and reviewed on the PS4. Approximately 10 hours of play were devoted to the single-player mode, and the game was completed. 3 hours of play were spent in multiplayer modes.

Parents: According to the ESRB, this game is rated T and contains Blood and Violence. This game is kind of the ultimate example of ratings going easy on violence so long as it’s in a war setting. Necks are snapped, throats are slashed, hundreds of heads are shot. There are drones made out of shrapnel that fly around and explode, shredding people. Just so much violence. Older teens only, please.

Deaf & Hard of Hearing Gamers: This game is perfectly playable without audio. There’s an onscreen radar that alerts players to enemy positions, and Rogue’s teammates and foes always loudly announce what they’re going to do – both through audio and subtitles, ensuring that the player will always have a good sense of the state of play.