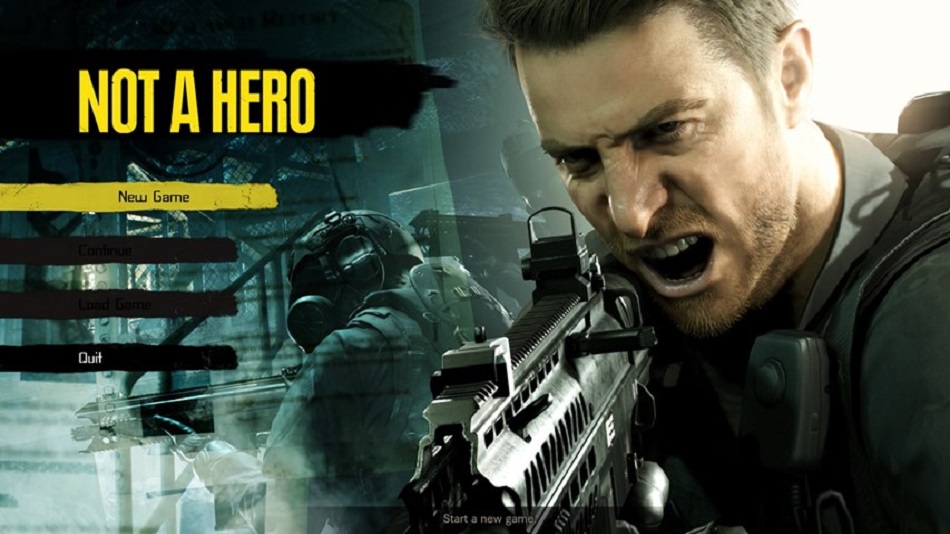 Now that it’s over, it’s safe to say that RE7 did DLC right.

While this new entry in a classic series rejuvenated the franchise and proved that survival horror was still relevant in the age of grueling first-person horror titles like Outlast, Capcom delivered DLC that both expanded their narrative and playfully tweaked it, with each Banned Footage collection offering a handful of interesting twists on the core systems.

Those things weren’t what players were waiting for, though – Capcom promised meaningful story expansions, the first coming in April, and the second later in the year. They missed that launch window by a fair margin, but now that both packs have arrived, I can definitively say they were worth the wait.

First up is Not A Hero, the Chris Redfield-centered DLC that introduces new weapons and enemies as it takes players back into the mine complex underneath the Baker plantation.

From a story standpoint, this can’t help but be a bit of a disappointment since RE7 left players hanging with some huge questions like why does Chris Redfield look and sound different now? Is he even the same person? Why is he working for Umbrella? The internet was rife with speculation and theories, but the answer, it seems, is far more prosaic – the developers apparently thought that a giant wall of muscle capable of punching boulders into pebbles wouldn’t fit into the new, more grounded Resident Evil they were building, so Chris got blanded down.

His adventure didn’t suffer, though – Chris is dispatched to capture Lucas Baker, the one who was already a serial killer before he was taken over by a mold colony. He does this by exploring a new set of trap and puzzle rooms, as well as fighting a new class of enemies with a new anti-mold type of ammo.

The new areas are a little more open than one might expect from the claustrophobic RE7, but they’re packed with enemies to blast with Chris’ new semi-auto shotgun, and the faster, more combat-heavy gameplay works just as well in first person as the main game’s slow and tense exploration does. There’s a about an hour of content in Not A Hero, including a boss fight and a truly jarring close-quarters battle that proved traumatic in VR. This is a stellar piece of bonus content, which has only one thing keeping it from being the definitive piece of Resident Evil 7 DLC – it’s not End of Zoe. 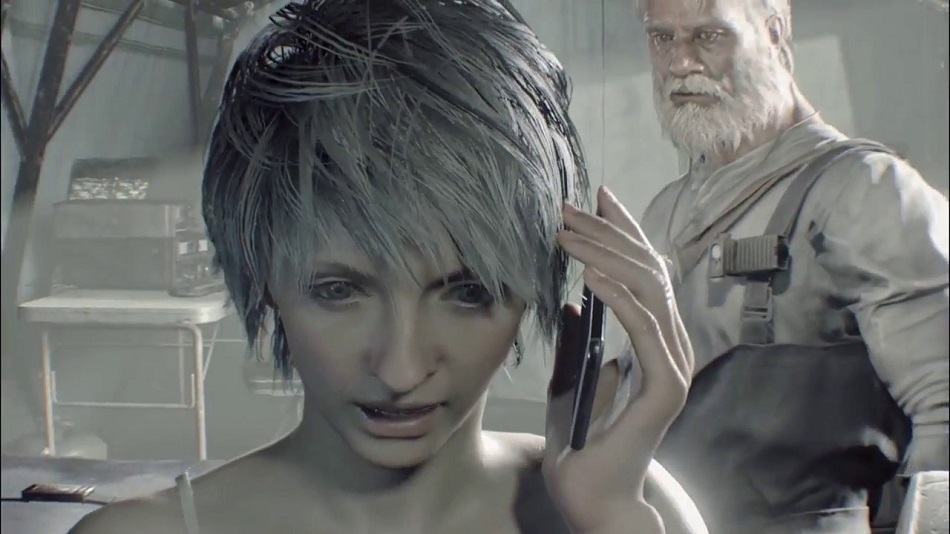 End of Zoe also picks up just after the end of RE7. Players take on the role of Joe Baker, brother to Jack, uncle to the kids, and full-time swamp hermit. He finds Zoe out in the wilderness, covered in white mold, and takes it upon himself to both find a cure for her condition and to keep her away from the unkillable man-thing that stalks the player like a Nemesis who’s been watching too much WWE.

There’s a huge new gameplay element in this DLC, and it’s one that totally transforms the experience. Joe is a fistfighter, completely capable of beating moldy zombies to death with his bare hands — he’ll snap necks, tear off heads, and unleash brutal combos. Yes, this is a first-person punching game, and while many developers have tried this and failed in the past, Capcom is absolutely up to the challenge.

Players throw left and right punches with the shoulder buttons on their controllers, with certain patterns transforming basic jabs into hooks and uppercuts. There are craftable weapons, a shotgun, and even a secret weapon I won’t mention to keep things from getting stale, although that’s not really a concern – End of Zoe is incredibly well-paced and zips through four mid-sized locations in around an hour, including a return to an old haunt that’s been completely transformed by the Umbrella-led cleanup.

End of Zoe is an incredible expansion to RE7 not just because it completely rebuilds the core gameplay and still works perfectly, but because it reinforces just how transformative VR is to the horror experience. When playing on a standard television, things can get a little claustrophobic. Joe’s got big hands, and they take up a decent amount of screen space when he starts throwing punches, making it easy to lose track of multiple enemies. Slide the PSVR helmet on, however, and any gameplay issues disappear. Players are free to glance around the creaky, rusted-out locales and situational awareness remains high as they creep up and execute their prey with brutal efficiency.

Where Resident Evil 7‘s VR made players feel trapped in a horrible experience, End of Zoe‘s VR puts them inside the head of an unstoppable badass facing off against hordes of the shambling dead.

It’s rare to see a game’s release followed by such uniformly excellent DLC, and RE7 should serve as the industry template going forward. Story-based games should only put out DLC that meaningfully expands their worlds or upends the gameplay to add significantly new experiences. RE7‘s DLC does both, and for fans of this game, it’s absolutely essential. Not A Hero Rating: 8 out of 10. End Of Zoe Rating: 9 out of 10

Disclosures: This game is developed and published by Capcom. This content was played on PS4 with codes provided by the publisher. Approximately 4 hours of play were devoted to these two pieces of content, and they were both completed.  There are no multiplayer modes.

Deaf & Hard of Hearing Gamers: It’s going to be rough. There are subtitles for all the dialogue and none of the puzzles are sound-based, but being able to hear approaching monsters and the location of bosses is key for survival. You may be forced to play the game on easy.

Not a Hero is pretty good, though End of Zoe’s “unstoppable badass” protagonist is what puts me off that dlc (or rather, buying the gold edition). In fact, that’s what made me dislike the 5 & 6 era of the series.

Roy, if you read this give End of Zoe a shot. I found RE5 to be meh gameplay wise and despised re 6, just like you. I’m a fan of the old games, but end of zoe is very unique. It’s still tense and the unstoppable badass element is more of a wink to fans. Yes, Joe baker punches stuff… but Its not the same way that re5 and 6 are. Its more there to contrast the main game in kind of a grindhouse style, zany reward for getting through the terror of the main campaign. It’s not trying too… Read more »

Agreed. Although the difference is you didn’t have to buy that piece of tofu, lol.

Well, the piece of Tofu also didn’t have a fully-voiced story with four large new locations and an exclusive boss that fights entirely with pro wrestling moves. I think I would have paid some money if I could have obtained a tofu expansion like that back in the RE2 days.

Maybe the RE2 remake (where is that Capcom?) will have some substantial tofu dlc, and will start a new industry trend. CoD will replace zombies with tofu mode. Steam will be filled with unfinished tofu-based Early Access games. 2018: The year of tofu confirmed!