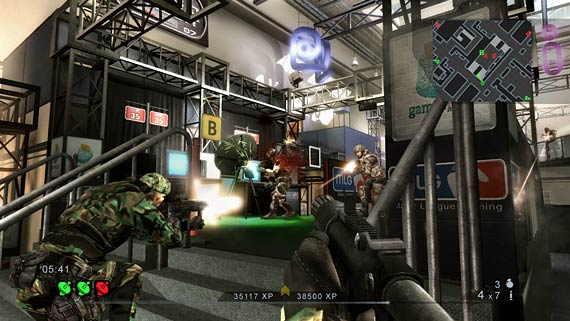 Parents should be a little concerned—it's a fairly realistic strategic FPS, full of violence and blood. The subject matter is relatively innocuous, though, with generic multinational commandos hunting down generic multinational terrorists, who don't seem to be fighting for any particular cause or belief. As long as your teens are ready for the blood, there isn't anything morally reprehensible about it.

Xbox Live players should grab this right away—just as Call of Duty 4 is the ultimate arcade shooting experience, this is the ultimate strategic shooter. If you like realistic weapons and a little bit of thought going into your online gaming, you have no excuse for not picking this up.

Fans of the series probably have this already, and if you don't, what are you waiting for? It's an exceptional shooter offering more of everything you loved last time around.

FPS fans in general make sure you're ready for tactical combat. While progressive health has brought back run-and-gun games with a vengeance, this is by no means one of them.

Deaf and Hard of Hearing gamers will find the game more difficult, as they'll be missing several vital audio cues, like the clink of a grenade as it lands a few feet away, or the sound of an enemy reloading. All vital information is written onscreen, though, so the game is fully playable, just a little harder than it would have otherwise been.