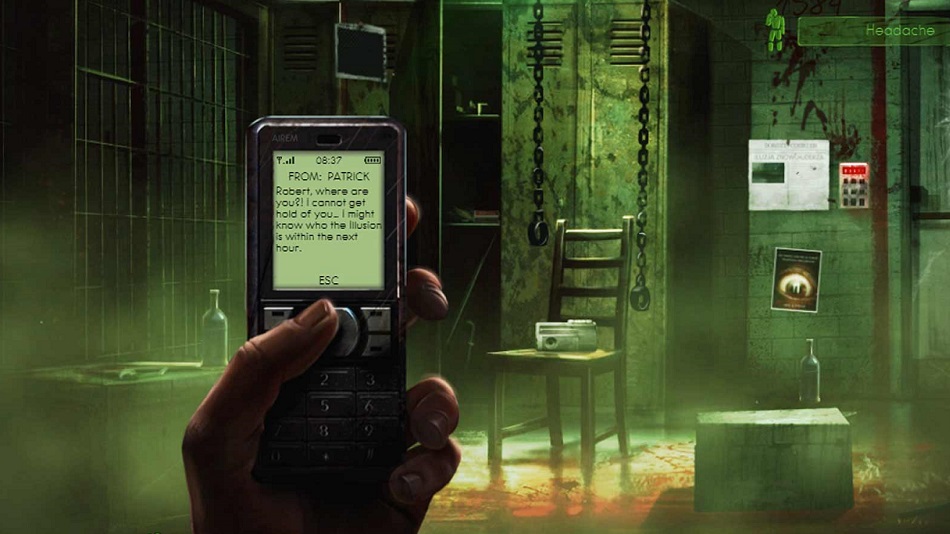 HIGH Stabbing a passcode out of a corpse.

LOW Would it have killed them to add some lights?

WTF Wait, am I the killer? That doesn’t make sense…

The graphics are dimmed to the point of absurdity, and in order to see anything at all I was forced to rely on soggy matches that had to be struck individually through an awkward mouse gesture, and they only lit half the time. If they did ignite, the glow only lasted for five seconds or so, requiring me to strike another. After going along with this nonsense in pitch-black rooms for an hour, I said goodbye to the game, theoretically forever.

It wasn’t long before the developers patched the matches — now they consistently light and stay lit for as long as players need them to. It was a smart concession that put basic playability over the oppressively bleak atmosphere. Now armed with illumination, I went back to give the game another try.

…Then I discovered everything else that was wrong with it.

Play With Me is a SAW-themed graphic adventure game that puts players in the role of a reporter who’s been kidnapped – along with his wife – by a mysterious madman who wants him to make his way through a series of escape rooms until… something happens. I quite after five of them, so I have no idea how it ends. 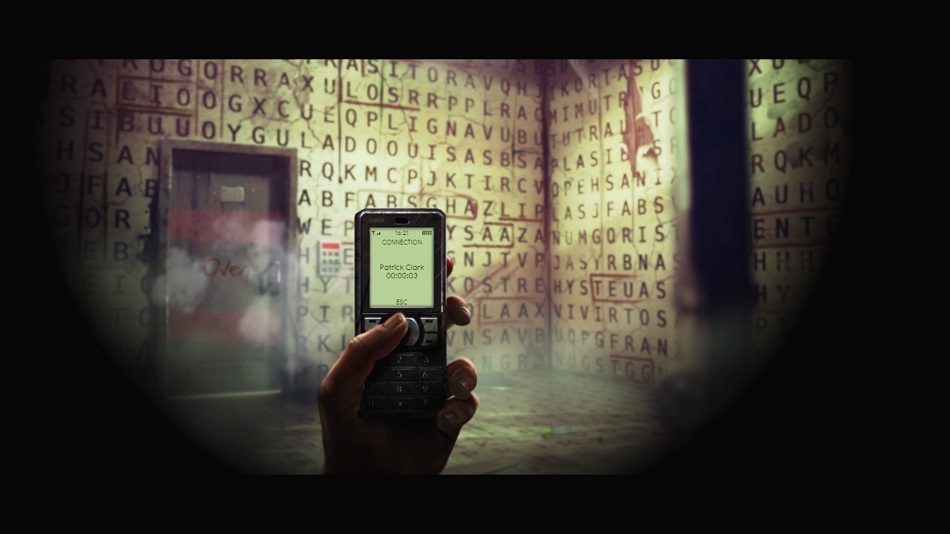 Seen from a first-person perspective, the player’s only means of interaction is to click around the screen, looking for items or scrawled numbers that make up the dozens of passwords they’ll need to get through the doors blocking their way. Play With Me offers a cellphone on which notes can be taken, but that means taking it out of the inventory and scrolling through menus – it’s better to keep track of all the numbers with an actual pen and paper.

Despite the poor start and the notetaking requirement, there are flashes of cleverness and innovation. The first puzzle requires players to find a code on a sheet of dots, and the only way it’s possible is to physically move away from the computer monitor – with a few extra feet of distance, the grid of dots becomes a clearly-obvious numeral. It’s a clever move, and it’s not the only one – I encountered notes written with handwriting just stylized enough so that it was easy to mistake numbers for letters, and there was a nice example of the old ‘mirrored letters look like recognizable shapes‘ puzzle.

More often than not, however, the game goes overboard with the puzzles, making them more frustrating than fair. I spent a half hour trying to figure out why a passcode wasn’t working before realizing that I’d missed two digits. How was that possible? They were so tiny and difficult to read that they were all but impossible to see, even on a large monitor.

In the five rooms I finished, Play With Me kept focusing on its most frustrating traits — there are only so many times I can sweep a small circle of light around a dark screen looking for scrawled numbers before it begins to feel pointless. The last straw was when I found myself asked to follow a tiny doll around the screen and to keep clicking on him until he handed over a piece of paper. The initial creepiness had worn thin by this point, and my curiosity for the plot had been overridden by too much repetition and obliqueness.

It’s possible that Play With Me gets fantastic further in, and the developers certainly show a thorough understanding of the SAW franchise – this is a much better implementation than the official adaptation. Still, the experience is just too user-unfriendly to be worth spending time on. There’s some hope, however – they already noticed and fixed the match issue. Perhaps future patches will address some of the other myriad problems. Until then, however, I won’t be playing with them. Rating: 2.5 out of 10

[Editor’s Note: The developer contacted us in October 2018 and stated that he has updated the game since the time of review in March 2018, including several bug fixes and a new hint system.]

Disclosures: This game is developed by AIREM and published by IQ Publishing. It is currently available on PC. This copy of the game was obtained via publisher and reviewed on the PC. Approximately 3 hours of play were devoted to the single-player mode, and the game was not completed. There are no multiplayer modes.

Parents: This game was not rated by the ESRB, it contains Violence, Blood and Gore, and Strong Language. It’s about a serial killer torturing people in bloody, horrible ways. Keep it away from kids. Far away.

Deaf & Hard of Hearing Gamers: The game is fully subtitled. There are audio cues letting players know when they’ve clicked on significant areas, but no accompanying video cues. If the game is set to ‘easy’, though, there are sparkles that appear over important areas. However, it does not seem fully accessible.