Murder Bunny To The Rescue! 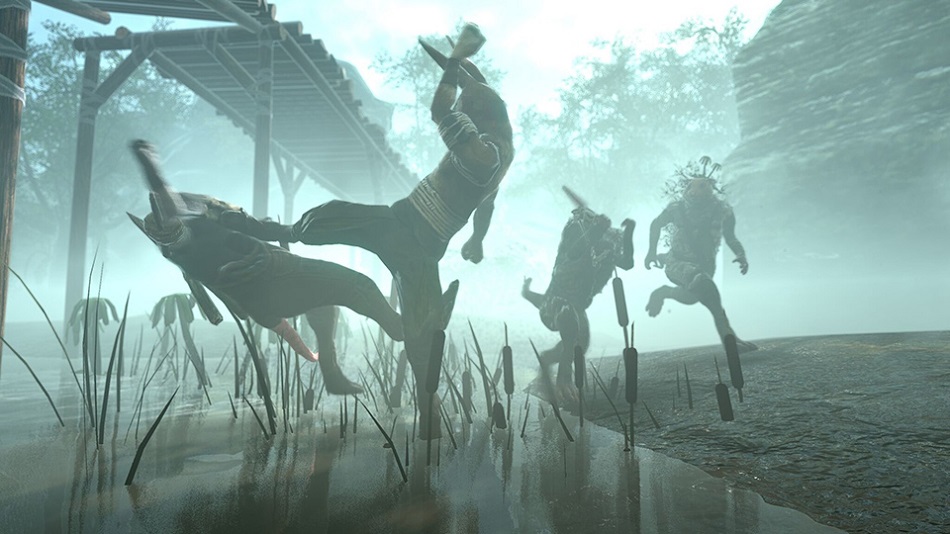 HIGH Drop-kicking a boss off a cliff.

LOW Getting swarmed by two wolves or four rats.

WTF How is wallrunning this non-functional?

Anthropomorphized animals are not an original concept by any means, but Overgrowth attempts to add a new spin by building its world out of a simple premise — imagine a world of two-legged animals whose place in society is determined by their position on the food chain. In effect, it asks how a class system would develop if the upper classes were literally eating their social inferiors.

Players take on the ridiculously aptronymed ‘Turner’ who begins the game looking for a place to retire after a lifetime of bloodshed, only to find the peaceful town of ‘White Flags’ (yes, this is the thudding obviousness with which it’s all written) has been raided by slavers and warlords. It’s up to Turner to meet up with a rebellion and take the fight to the carnivores, partially because someone has to be the hero, but also because he’s better at killing than he is at not killing.

The story is broken up into dozens of bite-sized levels, with Turner arriving at a new location, getting a briefing from a friend or foe, and then being dispatched to kill a handful of enemies. Occasionally he’s asked to parkour his way to the top of an obstacle, but mostly the game sticks to combat, which is a little troubling because the fighting system is as awkward as it is bold.

Overgrowth‘s aesthetic is built around minimalism – no HUD, no health bars, and no distractions from the action. The combat is similarly stripped-down, as the player has just five options. Attack by holding down the attack button, sending a flurry of kicks at the closest opponent as long as the button is held. Defend by holding the block button, or throw the opponent by hitting the block button as they attack. Also, this button is used to throw a weapon. The fifth move is a massively overpowered dropkick which can one-shot most of the game’s enemies if it hits, but will leave the player helpless at the enemy’s feet if it misses.

When the player is fighting one-on-one, the combat system works fine. Blocks and throws are effective even against armed opponents, the animation looks great and the hitboxes all make sense. It may look a little odd when suddenly-ragdolled opponents are tossed around by the physics engine, but it grew on me as I moved through the story. 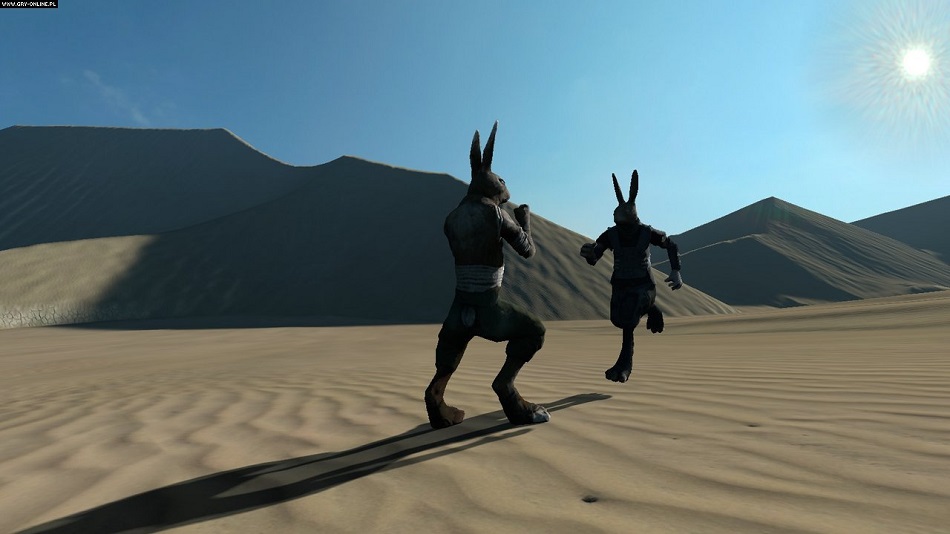 However, trouble starts when more than one enemy shows up at once. Without the option to lock on to opponents, the combat engine gets confused about which one I meant to attack, and since there’s no way to push back or stun multiple foes at once, every fight either turns into a frantic free-for-all in which Turner’s guaranteed to get hit, or he’s forced to start each encounter with a dropkick, hoping to get lucky and thin out the opposition before the fight starts in earnest. When fighting multiple wolves or sword-wielding opponents, this dropkick was the only viable option most of the time, and it became frustrating, fast.

There are about three combat-focused levels to each traversal one. The leaping mechanics are extremely floaty, which isn’t much of a problem because the developers have built most of the levels around extremely long jumps which wind up making the player feel heroic, rather than silly. Unfortunately, the rest doesn’t get the same pass since Overgrowth has one of the worst wallrunning mechanics I’ve ever seen.

Instead of just giving the player a ‘wallrun’ button, they have to make sure Turner hits walls at just the right angle to get him to start running, but then they have to immediately swing the camera back in the other direction to aim their jump, and Turner is so terrible at sticking to walls that he’ll often fall to his death. The devs must have realized this was a problem since the game auto-saves before nearly every jump, but this is just a bandaid on an unsolved problem.

From a story standpoint Overgrowth is fairly solid. All of the characters are extremely well-written, and the world’s construction really does make a huge amount of sense. It’s just too bad that the devs fell into the ‘let’s have the player thrown in prison’ trap, since it bogs down the story with a long set of arena battles in its second half, effectively killing the plot’s momentum. Things pick up again for a solid ending, but being asked to basically win the same fight six times in a row is inexcusable.

While Overgrowth‘s interesting ideas are let down by wonky fighting and parkour mechanics, there’s still a lot to love here. The world looks great, there’s a huge amount of variety in the locations that Turner visits, and the developers have a great eye for game architecture, building some truly impressive edifices for Turner to scale. If the controls were tighter this would be an incredible game, but instead it’s only an incredibly ambitious one that doesn’t reach its goals.Rating: 6.5 out of 10

Parents: This game was not reviewed by the ESRB, but it contains Blood, Violence, and Mature Themes. The blood isn’t that traumatic, but the game revolves around slavery, torture, and brutal murder. The worst of this is mostly relegated to conversations, but it can be pretty disturbing, and it’s a quality that’s only increased because all of this horror is happening to cure animals. Consider this one to be aimed at older teens at minimum.

Deaf & Hard of Hearing Gamers: I played the entire game on mute and noticed no significant issues. All dialogue is subtitled and all direction is presented in text. It’s fully accessible.