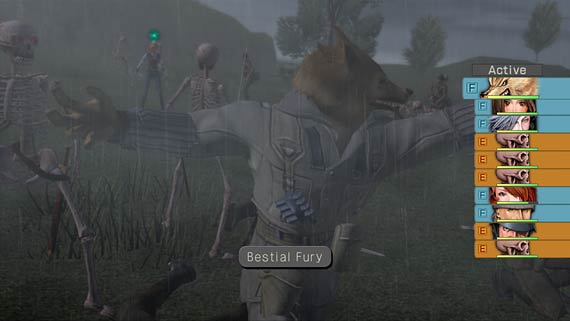 Parents might want to warn their children away from this one. For a mature-rated game, it's not especially big on brutal or excessive violence, and it really seems to be the Nazi-themed setting that earned it the M. Besides a risqué costume and the presence of Jack the Ripper in a heroic role, there's nothing even borderline inappropriate here, unless your children are sticklers for historical accuracy.

Strategy RPG fans will find a few neat twists to their beloved genre, with the slightly more realistic setting and speed-based turns. Of course, the way those twists screw up the late-game difficulty curve may have you wondering why they fixed something that wasn't broken.

History buffs might want to give this one a pass. While the game certainly features the guns, tanks, and settings that WWII obsessives love, the werewolf/vampire twist might try their patience even more than the gameplay issues.

Deaf and Hard of Hearing gamers should be fine. Seeing as this is a strategy game, there's no need to respond quickly to audio cues, and all key information is helpfully offered up in onscreen text and a helpful mini-map. The only thing you'll be missing out on are the fun fake accents.