Let’s Try That Again, Shall We? 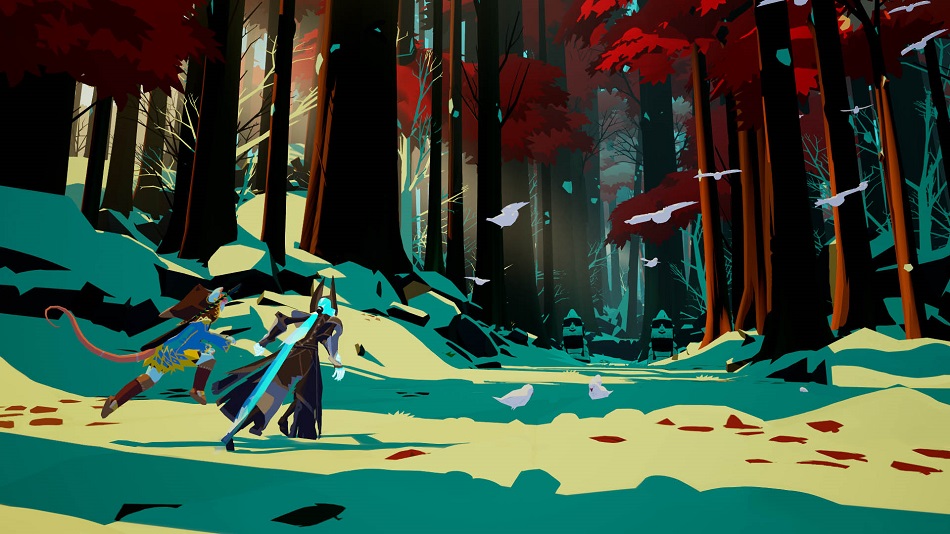 HIGH Blowing up a barrel and dislodging a chain of columns to kill three enemies at once!

LOW Is there a way to get a better ending? Because I can’t find it!

WTF What do I need to do to get you to fight for me, Emperor?

The do-over is an integral part of videogame design. It comes in a number of forms – checkpoints, saving anytime, a rewind function, or, if worse comes to worst, resetting and starting over. These different mechanics all reach for the same goal — Allowing players a chance to correct mistakes that real life doesn’t afford. While these systems largely lie outside the conceit of a game’s world, every now and then a developer goes to the trouble of building narrative around them – Omensight is one such example.

Set in a kingdom of furry humanoids during a time of war, Omensight begins on the world’s last day. A holy woman has been murdered, and a world-ending serpent has been unleashed. The player controls the Harbinger, an otherworldly entity whose job it is to discover who killed the priestess and how that connects to the apocalypse. Then, hopefully, they can come up with a way to save the world.

Luckily, the Harbinger can restart the day a seemingly limitless number of times to meet and follow four different characters through the last few hours of their lives to seek out clues and eventually discover the titular ‘omensights’ — key moments in time that can be recorded and played back to other characters. By carefully choosing which characters to follow and what information to give them, the player can alter their behavior and vastly changing the day’s events, which in turn gives them the chance to ferret out new secrets. At the end of each day the world ends, and the player gets a moment to reflect, check their evidence board, and carefully consider which character they should hone in on during their next reset.

While restarting the day over and over again sounds like it would get repetitive, the game does a good job of keeping things fresh. There are multiple paths through each level, which the Harbinger will learn to unlock over the course of the game – and if there’s nothing for them to find, the player has the option, when revisiting a character they’ve already followed, to skip right to the pivotal moment where a change will be effective. They player can go through the levels normally, grinding for experience points and cash for upgrades, but if they’re excited to see the next plot development the game has them covered. 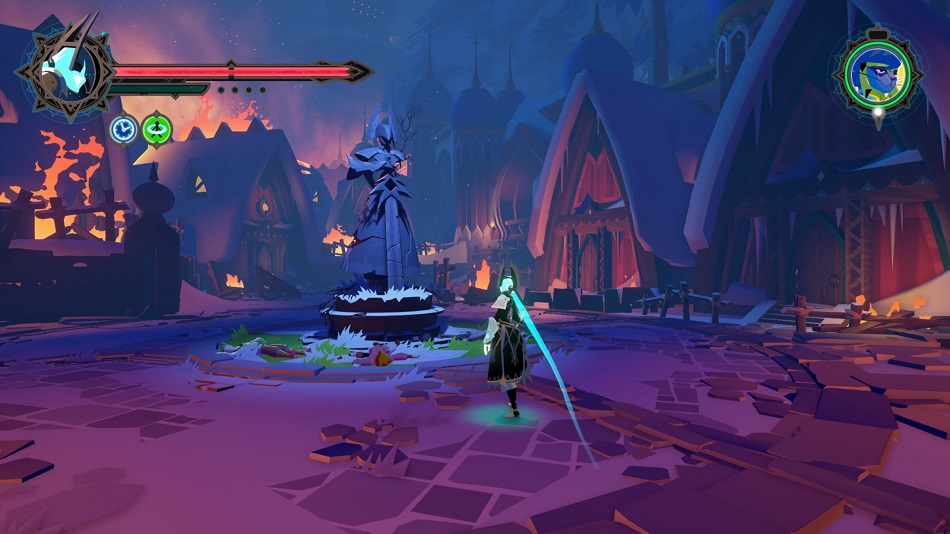 The Harbinger is a silent protagonist, acting only via decisions about whether to show insights or fight, so it’s important that the supporting cast be full of color, and in this regard, Omensight shines. Each one of them — a brave and sneaky mouse, a drunken, vengeful bear, a stoic cat, and an imperious falcon — have deep backstories that are revealed either through conversations or hidden bio files. Every one starts the day certain about their vision of themselves and their place in the world, and in the game’s greatest storytelling accomplishment, the narrative hinges on the player forcing them to question everything about themselves and to see through other characters’ eyes.

Many titles have tried and failed to replicate the success of rhythm-based brawling, and Omensight makes two huge mistakes that prevent it from ever achieving the kind of flow that Rocksteady became famous for. The first is that the Harbinger can’t auto-target and sweep to the next enemy. Every time she wants to hit someone, she has to dodge over to them, hopefully avoid attacks along the way, and then strike with a combo that fails to stagger its target more often than it succeeds. So, rather than letting the player flit around the map slicing through their foes, they’re constantly on the defensive, endlessly dodging attacks while hoping to get a few quick swipes in.

The bigger problem, though, is with the camera. The developers have chosen to place it well above and behind the action – the game involves a lot of 3D platforming and it’s not bad at that, but the high angles can keep the player from being clear on exactly how to focus on the enemy they’d like to attack. Even worse, because the camera won’t focus on the Harbinger first and foremost, it’s all too easy to be pushed to the edge of the camera’s view and get hit by enemies offscreen.

While Omensight‘s combat is only iffy at best, I found the story compelling enough to play all the way through and get to the ultimate conclusion of the storyline. While I didn’t find the ending completely satisfying, the characters had great depth and I’ve rarely found a game that handled the ‘replay the day’ mechanic this well. Rating: 6.5 out of 10

Disclosures: This game is developed and published by Spearhead Games. It is currently available on PC and PS4. This copy of the game was obtained via publisher and reviewed on the PS4 Pro. Approximately 12 hours of play were devoted to the single-player mode, and the game was completed. There are no multiplayer modes.

Parents: According to the ESRB, this game is rated T, and contains Violence, Blood, Mild Language, and Use of Alcohol. One of the main characters is a drunken bear in a bar. The language is never stronger than hells and damns, and the violence is stylized to the point of being almost completely cartoonish, despite the game revolving around slicing up people with swords. The game revolves around a threatened apocalypse, and some of the backstory notes delve into mature themes involving abuse and mass murder.

Deaf & Hard of Hearing Gamers: I played the game mostly on mute, and encountered few issues, just incidental fight comments going without subtitles. There are visual cues tipping off the player to enemy attacks, and subtitles for all dialogue. Subtitles cannot be resized, or turned off. 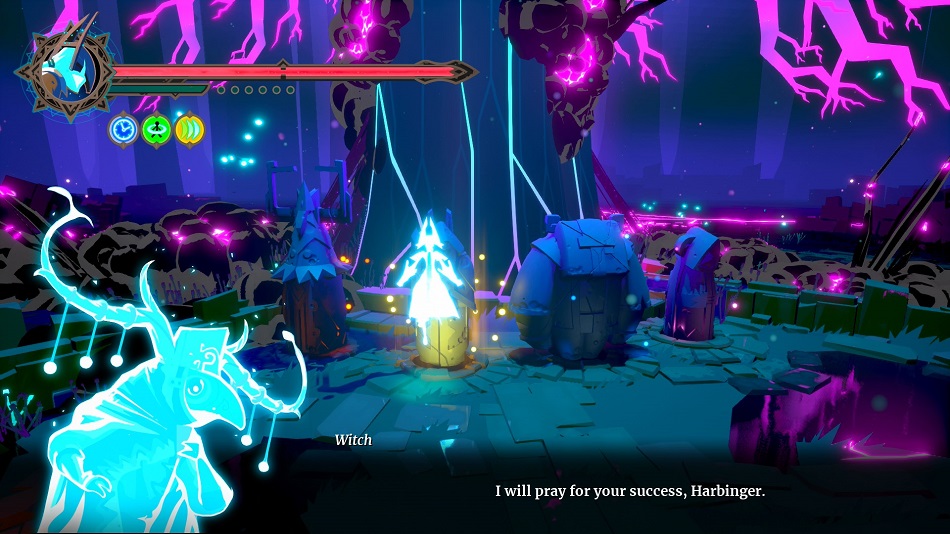 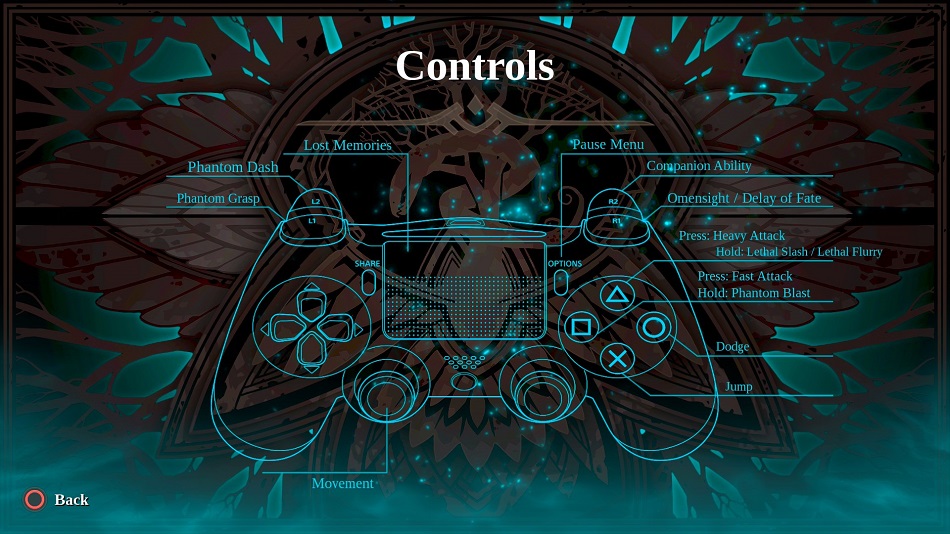