We’ll Remember That For You, Whether You Want It Or Not 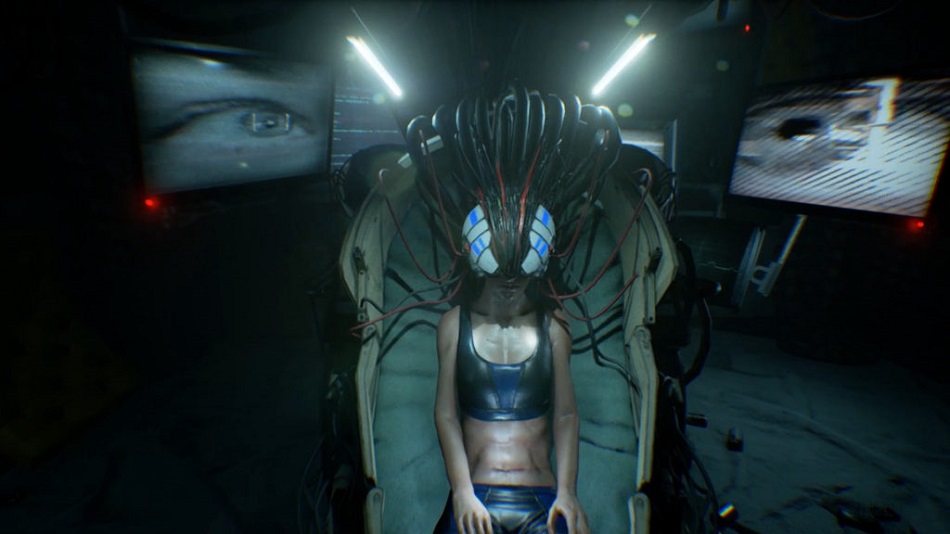 LOW Spending twenty minutes getting killed by a Cybogre over and over again.

WTF This is the second game I’ve played this week set in 2084. We get it. You like Orwell.

If Observer had to get by solely as spectacle, it would do fine. It’s rare that I find a game to be such a visual triumph that the gameplay is a tertiary concern, but this one manages it. The fact that the style actually does have some substance underneath it makes it an incredible experience.

As a first-person detective game, Observer puts players in the role of Daniel Lazarski, one of the titular secret policemen who has the ability to hack into human minds and explore them firsthand, digging out secrets and exposing truths. Naturally Daniel has hidden truths of his own that come up during the plot, which starts out as a search for his wayward son and grows increasingly strange from there. Daniel is played by Rutger Hauer, whose withered vocal performance perfectly suits a man who’s been beaten down by life as a functionary in a brutal regime. In this world a megacorporation runs everything, and citizens have just one choice – punch a clock for the company, or while away the time with drugs and fantasies in decrepit hovels.

The real star here is the art design. The game is set in a futuristic version of Krakow where glowing touchscreens and augmented reality advertisements hover just a few inches over crumbling plaster and moldy paint. Observer‘s world is beautiful in its depiction of squalor, with the developers finding seemingly endless ways to mix the hopelessness of 1980s communist Poland with the numbing drudgery of corporate governance — any given room might have a giant workstation cooled by a rotating plastic desktop fan or an Apple lookalike operated by cyborgs with unconvincing rubber skin pulled taut over their metallic prostheses.

All of the locations have a good amount of interaction available. There are doors to open, locks to hack, and environmental puzzles to solve. It’s all naturalistic in its design, and the first-person perspective managed to make me feel like I was wandering around real locations. In addition to simple snooping, Daniel can also use alternate vision modes to seek out hidden evidence in a mechanic skillfully cribbed from post-Arkham detective sims. 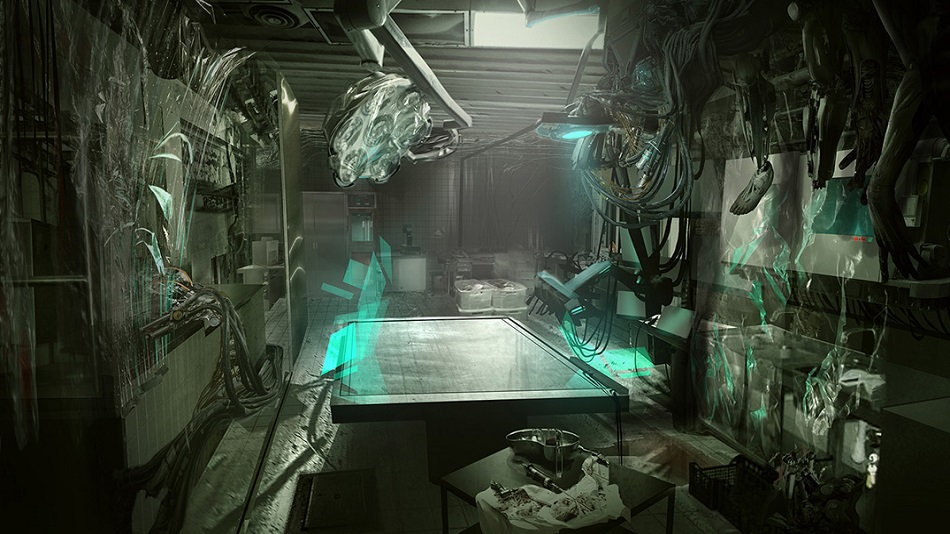 The developers probably could have found success in making a straightforward detective game in this incredibly detailed setting, but they went several steps further and built other worlds inside the heads of the game’s characters. Every time Daniel connects with someone’s mind, he’s taken to new locations, mundane or fantastical, and tours their memories and fears. Everything operates on dream logic, where rooms transform when the player looks away and metaphorical beasts roam the halls, hungry for blood.

These sequences are incredibly effective. With the safety net of a real-world setting pulled away, players will find themselves leaping through time as fragmentary thoughts take them on bizarre journeys — scouring an office for lost memories in one, or enduring years of prison compressed into fuzzy memories in another. Each of the sequences has a couple of stunning moments, and played in a dark room with headphones, they can prove to be harrowing experiences.

My only real complaint about Observer has to do with some of the overtly videogamey puzzles that can be found within the brain-hacking sequences. While the real-world challenges are generally easy to work through using logic and common sense, the dream world’s lack of logic can lead to obstacles that aren’t so simple to crack. With no clue system, more than once I found myself wandering around a bizarre location, trying to figure out what the developers meant for me to do. It was a frequent frustration that pulled me out of the experience — and really, it’s too bad since this game is most effective when it hooks players inside the story.

Even with some minor quibbles about the puzzles, I can’t pretend Observer is anything but a brilliant accomplishment. It’s original, creative, stunning, creepy, and occasionally disturbing. It marvels at fantastic technology and wallows in brutal gore in equal measure, creating a hardcore sci-horror that must be played. This isn’t for the faint of heart or those prone to photosensitive seizures (there’s a lot of flashing lights!) but for anyone looking for a different kind of horror or innovative visuals, it’s a must-play. Rating: 8.5 out of 10

Disclosures: This game is developed by Bloober Team and published by Aspyr. It is currently available on PC, PS4 and XBO. This copy of the game was obtained via publisher and reviewed on the PC. Approximately 10 hours of play were devoted to the single-player mode, and the game was completed. There are no multiplayer modes.

Parents: According to the ESRB, this game is rated M and contains Intense Violence, Blood and Gore, Partial Nudity, Sexual Themes, Strong Language, and Drug References. This is a brutal dive into some of the darkest fantasies that fiction has to offer. It’s oppressively unpleasant and utterly bleak. Do not let pre-adults near any part of this game. Can’t stress that enough.

Deaf & Hard of Hearing Gamers: While all dialogue is presented with subtitles, there are occasional audio cues (sounds of enemies, beeping of tech) that are meant to alert players to look in certain directions and react in certain ways. The game will be more difficult, but not unplayable, if you’re unable to hear them.

Looking forward in this game, when is the release date of this?

I definitely want this game. Any news on a physical release?

Nothing that I’m aware of. Maybe ask Limited Run Games and see if they have any plans?

Thanks I hope they’ll consider it. Same for Hellblade, while we’re at it.