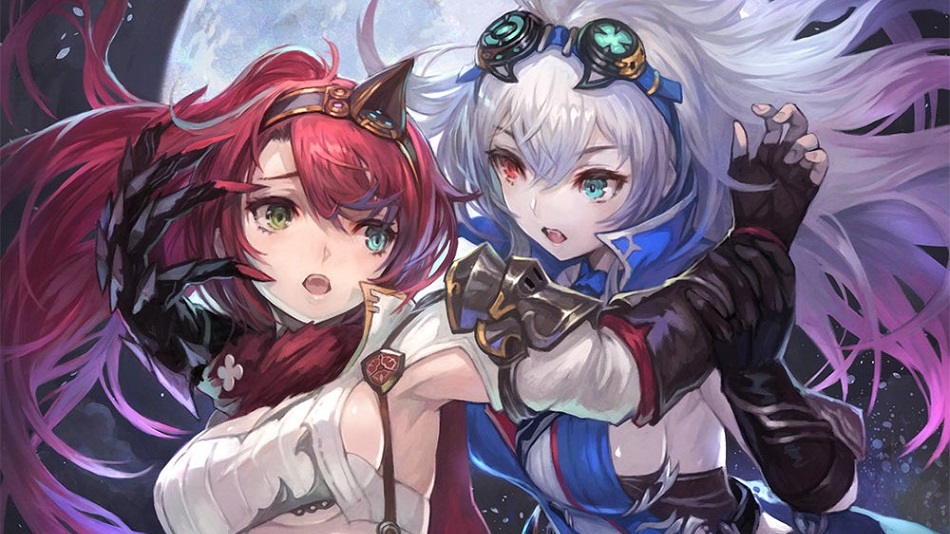 LOW Occasionally bosses will unleash a move (without decent warning!) that does 80% damage.

I was a little worried that I was going to be lost on this review, having never heard of Nights of Azure beyond a couple of its characters showing up in Warriors All-Stars. Fortunately Nights of Azure 2: Bride of the New Moon is an almost entirely self-contained story, following the adventures of a vampire tasked with stopping a demon from conquering the earth while befriending an assortment of pretty warriors.

As an action-RPG, NoA2 sets its sights squarely on storytelling, prioritizing its dramatic tale. That’s not to say the action is perfunctory – the combat system is extremely well-developed, and most of the action is quite playable. However, the focus here is on the story of the nefarious Moon Queen, a legendary demon threatening to cast the world into eternal darkness, as well as the developing relationships of the various heroines who stand against her.

While NoA2‘s gameplay doesn’t quite qualify as a full-on dating sim, it’s not that far off. The campaign’s seven chapters each revolve around the characters traveling from their base of operations (an elegant hotel!) to a new location and finding some information on how to stop the moon queen, and then fighting a boss. There’s a time limit centered on the phases of the moon, so players can’t dawdle. Fortunately, beating a boss and completing a level partially resets the timer, ensuring that the player can get through the whole game.

That’s just one of two time limits, though – the other comes from main character Aluche’s peculiar medical condition. After being killed by the Moon Queen in the prologue, she’s resurrected as a half-demon with vampiric tendencies. The operation has left her heart weakened, however, and she can only adventure for a few minutes per day. These two time limits, one larger and one more personal, put the player in a perpetual crunch. Each day they can only visit one location, and in that location they have just a few minutes to kill monsters, open chests, and complete objectives before they’re sent back to the hotel.

For the first playthrough (New Game+ has no time limits) NoA2 is all about managing priorities. Each one of Aluche’s sidekicks has a whole host of loyalty quests to complete, and since only one can be brought along each day, players will have to carefully choose which relationships to encourage —  especially important since improving relationships unlocks special abilities. Also, day spent hanging out with a chocolatier is a day not spent fighting a giant killer catfish, so players always have to have at least one eye on story advancement. 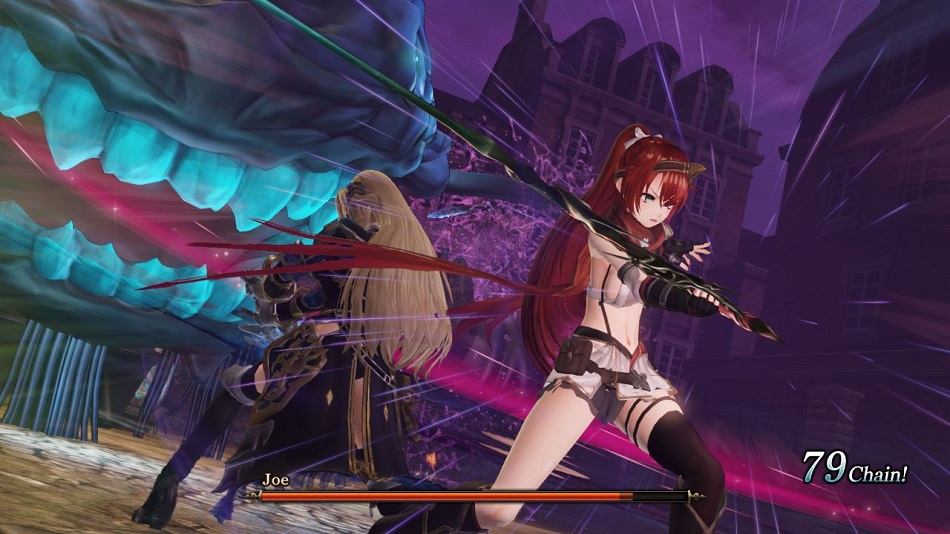 The combat functions well. In addition to standard light/heavy combos, Aluche can charge up a partner bar by performing simultaneous attacks – when fully charged, they perform a combo that slaughters anything in close proximity. Fighting also charges up an ultimate attack bar which allows teammates to unleash a screen-clearing super-attack or a precise targeted deathstrike on the strongest nearby enemy, depending on which partner is along for the fight.

As if that wasn’t enough to learn, Aluche can also bring two pets along on each mission. The pets either have special elemental attacks or the ability to transform into weapons that Aluche can wield. With over twenty pets to be found searching through the levels, there are a huge number of loadouts possible.

NoA2 is impressive in its lack of flaws. My biggest complaint was going to be that some of the boss fights drag on, and it felt cheap to lose a battle because my daily time limit ran out. Then – on the day that I wrote this review – the developers released an update that turned off the time limit once a boss fight begins.

With that patched, my only real gripe with NoA2 is that elemental doors block off bonus chests in dungeons. There are fire, ice, and electrical doors, as well as cliffs that can’t be scaled normally. Players have to bring along specific pets to deal with each type of door or jump, and since pets can’t be swapped out mid-mission, it’s up to the player to remember which area had what kind of door so that they can return with the correct pet. This also has the effect of discouraging the player from trying any of the alternate weapons until they’ve made at least two trips to a level to unlock every door and open every chest first.

With its solid gameplay, touching story and attractive art design, Nights of Azure 2: Bride of the New Moon is a fantastic Action-RPG. Clear objectives ensures that players never have trouble moving the story forward, while likable characters pull them into the story. Just as importantly, the game respects the player’s time — coming in at around 25 hours, it tells a complete, affecting story without dragging on. It’s rare that I’ll go back and explore New Game+ modes, but the high quality of the narrative and the fact that I got the sad ending has convinced me that it’s worth a second look. Rating: 8 out of 10

Disclosures: This game is developed by Gust and published by Koei-Tecmo. It is currently available on PS4 and PC. This copy of the game was obtained via publisher and reviewed on the PS4. Approximately 25 hours of play were devoted to the single-player mode, and the game was completed. There are no multiplayer modes.

Parents: According to the ESRB, this game is rated T and contains Animated Blood, Fantasy Violence, Mild Language, and Suggestive Themes.  It’s about pretty demon ladies fighting monsters in skimpy clothes. Beyond the obviously salacious costumes (every character has an optional swimsuit!) the game’s story frequently delves into lesbian romance, either subtextually or openly, and instances of vampirism are frequently coded as sexual acts. What I’m saying is that the game’s probably a little more mature than the T-rating would suggest, and it likely got that rating because all of the blood that Aluche drinks is blue.

Deaf & Hard of Hearing Gamers: I played the game almost entirely on mute, and had no problems whatsoever. All dialogue is subtitled, and a mini-map will let you know where enemies are at all times. Fully accessible.