Nostalgia Only Goes So Far 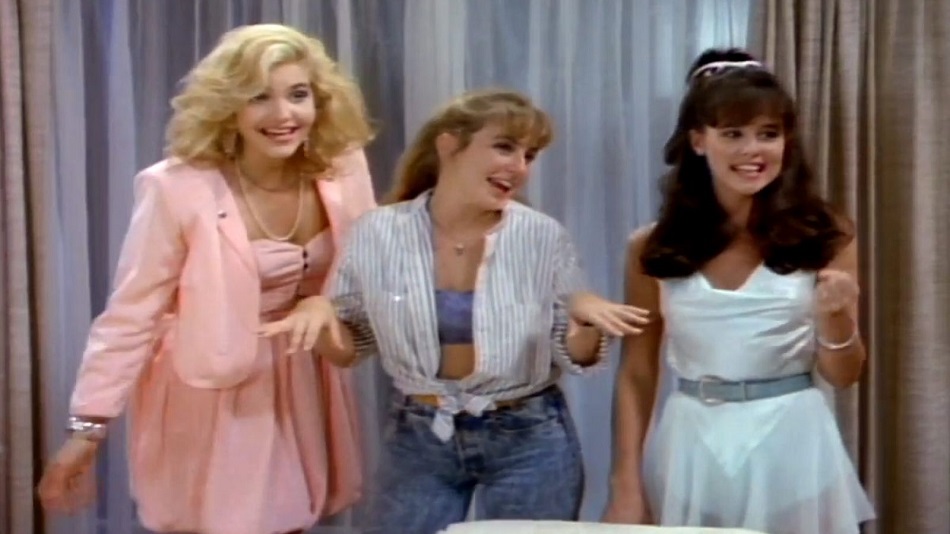 LOW Missing the color-changing conversation five times in a row.

WTF Oh, there’s a mutilated corpse in this closet. Huh.

Night Trap is a difficult game to review – going in, everyone knows that it’s not good. After all, it’s a game made famous by creating a huge amount of fuss while being of very little value. I went into it not expecting much, and I wasn’t disappointed.

A FMV title about defending sexy teens from hunched mutant quasi-vampires, Night Trap sits the player down at a control board and asks them to scan eight different cameras. The goal is to wait for ‘augers’ to wander over one of the traps and then activate it, killing or capturing the enemy. It’s never entirely clear what happens under the trapdoors or behind the revolving walls that sweep them away.

The gameplay is rough, and that’s perhaps the nicest thing that can be said about it. A red light flashes whenever a new auger enters one of the screens, but most of the time multiple augers will attack simultaneously, which creates a pretty huge problem. The player can only grab the augers during the half-second or so that they’re on top of a trap location, and when two groups of augers are moving through different rooms at the same time, it’s impossible to know which one will arrive at a trap first, or even if the auger is trappable – some aren’t. Luckily, the clips always play out in the exact same order, so it’s possible to memorize or write down patterns, but that’s far more work than I imagine most players are going to want to put in. 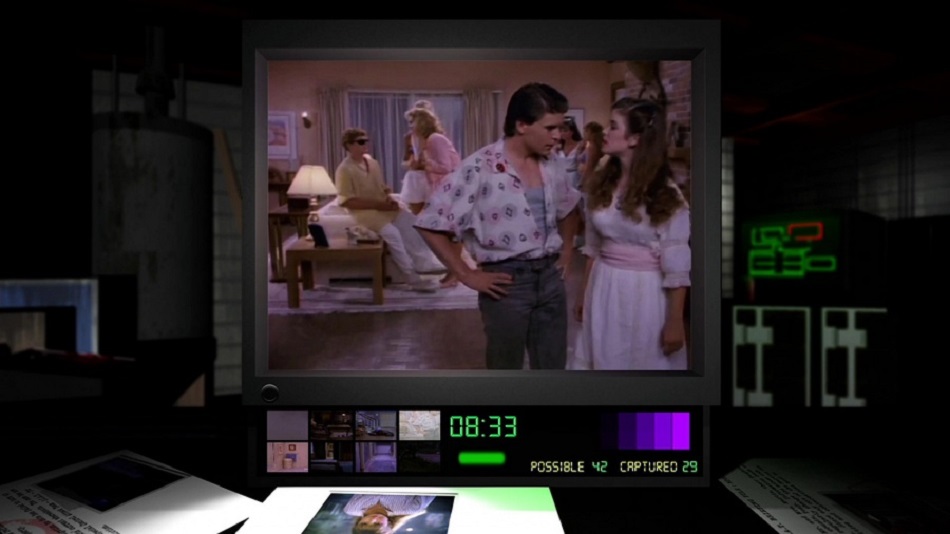 A far bigger problem is the ‘color code’ system that was added to needlessly complicate things. When the game begins, traps are set to ‘blue’. At three points in the half-hour story, the code will switch to one of six random colors. If the player doesn’t switch as well, the traps won’t function and they’ll quickly run into a game over. The only way to find out the new code? Catch brief snippets of dialogue when the villains are alone in a room – they’ll say the new color. This forces the player to risk missing augers as they try to catch the word they need to hear. If they’re not on the exact right screen at the exact right second, it’s a game over.

Adding insult to injury? The game doesn’t explain any of this. I was forced to go online and read the original Sega CD manual to figure out how to play! I have no idea how the developers of this new version left out a tutorial. Then again, it’s so shoddily coded that quitting out of any mode forces the whole program to reboot, so perhaps it’s not that much of a surprise.

For all of its flaws, though, there’s a seed of a good idea in Night Trap because there’s more to it than simply catching Augers. For the first 20 minutes of the game multiple conversations are happening simultaneously, and they can be switched between at will. Letting players watch whatever part of the story they like is a great feature, and it encourages replays even if the plot isn’t particularly well-written or acted. This device has been used to greater effect in the years since, but it’s such a fantastic idea that it still works well here. Being able to see either the sexy teens arriving for a weekend party or the family of vampires discussing their plans to murder those teens is an undeniably powerful experience, and it’s by far the best part of the game.

If nothing else, Night Trap: 25th Anniversary Edition understands that it’s more of an oddity than a classic. A set of bonus materials offer insight into how the game happened and what the public reaction was to it at the time. It’s probably more interesting than playing, which is just as fundamentally ill-planned now as it was back in 1992. Without any changes made to improve the experience, Night Trap is more of a nostalgic conversation piece than an experience capable of entertaining and engaging players. Rating: 4 out of 10

Disclosures: This game is developed and published by Screaming Villains. It is currently available on PC, XBO and PS4. This copy of the game was obtained via publisher and reviewed on the PS4. Approximately 3 hours of play were devoted to the single-player mode, and the game was completed. There are no multiplayer modes.

Parents: According to the ESRB, this game is rated Teen and contains violence, blood, and suggestive themes. At this very moment, thousands of people are playing a game where Jason violently tears heads off of bodies and punches hearts out of chests. The worst thing to happen in Night Trap is that some guys in black suits will put a shackle around someone’s neck and lead them through a doorway. Also the shackle has a drill attached to it, but players don’t really get to see anything. It’s worth noting that the game was originally rated M, but it’s aged to the point where it’s just a T.

Deaf & Hard of Hearing Gamers: The game is unplayable. The color code system only works if players can listen to dialogue, none of which is subtitled, so you won’t be able to make it past the first five minutes.

Colorblind Modes: There are no colorblind modes available in the options. Luckily, when switching between colors on the code wheel, the name of the color appears as well as the color itself, so it should be okay.