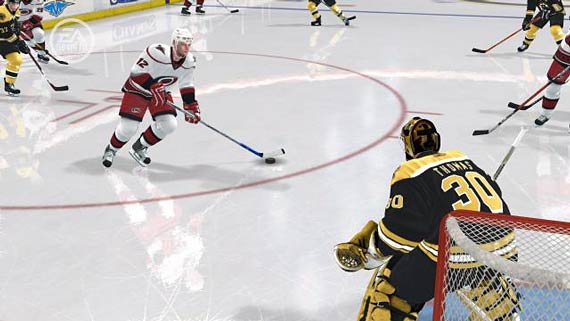 Parents should feel comfortable using this as a tool for indoctrinating their children into a lifelong love of hockey. While there is violence, it's of the mild tripping, checking, and occasional punching variety. The seamier side of sports, with the drinking and the drugs and the gambling, have been completely left out.

Hockey fans should be satisfied with the level of realism and the inclusion of seemingly every current pro player. Just be forewarned—f you're not familiar with the series, there's a pretty severe learning curve.

Deaf and Hard of Hearing gamers should be fine. There aren't any audio cues or instructions. The only thing you'll miss out on is the colour commentary, which actually manages to last quite a few games before getting stale and repetitive.