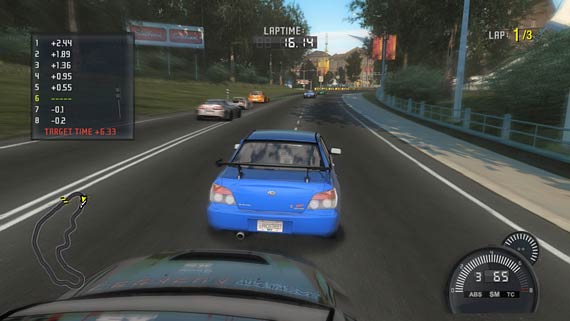 Parents should have no trouble with this game, since it actively opposes the kind of street racing you want your children to avoid. It goes so far as to suggest that racing should only ever be done in a formal, sponsored event, in cars equipped with roll cages and five-point harnesses. That being said, some of the flag girls wear very suggestive costumes, so you might want to be on the lookout for that.

Gearheads who can’t get enough of tuning their virtual automobiles should get a kick out of this one. Each of the game’s 50+ cars are fully adjustable, from minor tweaks to the gear ratios all the way up to complete changes in the body.

Online racers should definitely check this one out. In addition to an easy jump-in race mode, the game allows you to create your own ‘race days’, assembling a group of complimentary events you can invite friends and strangers to, in a fight for the highest cumulative score.

Deaf and Hard of Hearing gamers should be okay. In addition to the presence of clear, informative menus and detailed HUDs, there is next to no dialogue. The only thing you'll be missing is the continuous patter of the race day announcer in single player mode. It’s too bad, because they really did record an awful lot of dialog for the announcers, including variations depending on what car you’re driving and how your race day is going.