The Long Road To Health 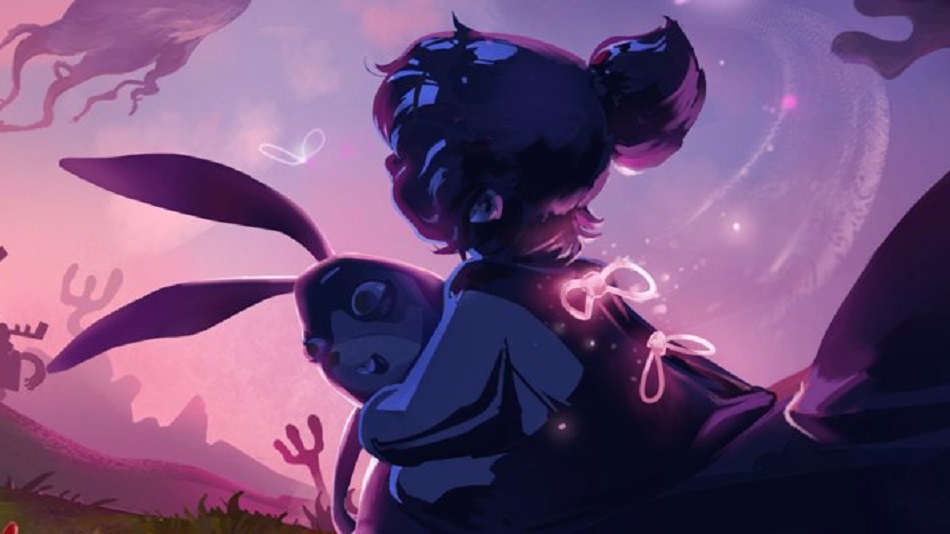 HIGH The Persistence of Time area.

WTF Will that bug ever get his hot dog roasted?

Was someone hoping that their Hidden Object Game would come with a side of unrestrained sobbing? If so, Artifex Mundi has the perfect thing in My Brother Rabbit, which melds exceptional item-spotting gameplay with a tale of a gravely ill child, all shown through the prism of a vivid imagination.

By opening with painted art detailing the story of a little girl who falls mysteriously ill, MBR jumps right in with emotional manipulation. Focus immediately shifts to a metaphorical world of fantasy in which a plant princess (representing the girl) is being helped by a stuffed rabbit representing both her older brother and favorite backpack. Each leg of the medical journey from going to the hospital, the endless examinations, and more are transformed into fantastical worlds full of puzzles to be solved.

MBR fully integrates its item-search and puzzle gameplay — the lushly-drawn screens are littered with seemingly random items, like stamps, wheels, or butterflies. These seem like decoration at first, but every time the player bumps up against an obstacle, they’ll be handed a list of items to track down, and then the game transforms into a test of memory and observational skills. 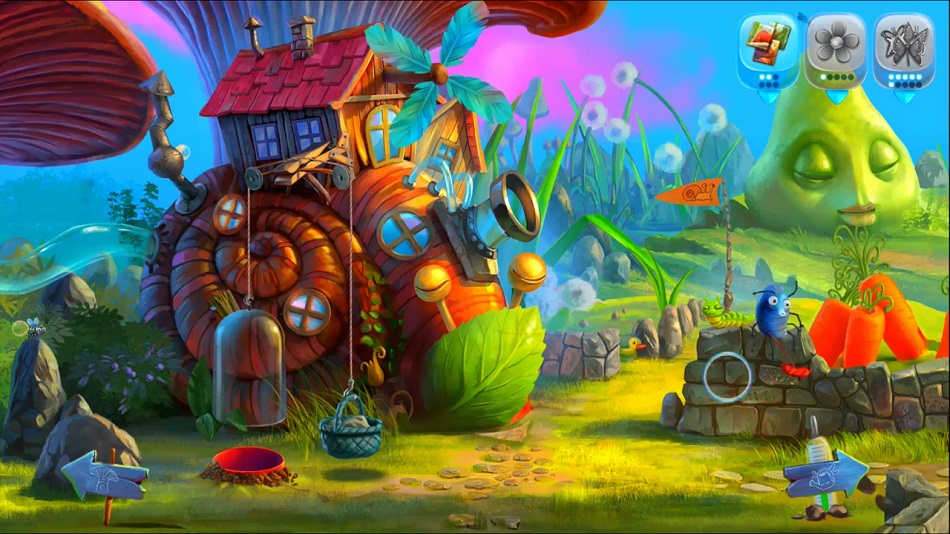 Visually speaking, the game is a triumph — the cartoony visuals of the fantasy worlds feel authentically like youthful fancy, with rickety Rube Goldberg machines representing a child’s lack of understanding of complicated devices. One especially clever example is the way the game chooses to literalize the concept of a ‘Moose Crossing’.

There’s an impressive management of tone in MBR, with a palpable gloom hanging over the entire experience. As adorable as the bizarre creatures that inhabit the imagination are, the truth of the characters’ situation is never far from focus. The interstitial sequences do a great job of reminding players of the stakes, and the increasingly desperate situations the rabbit and plant find themselves in serve to keep things grounded — there are no easy solutions to be found, even within the imagination. 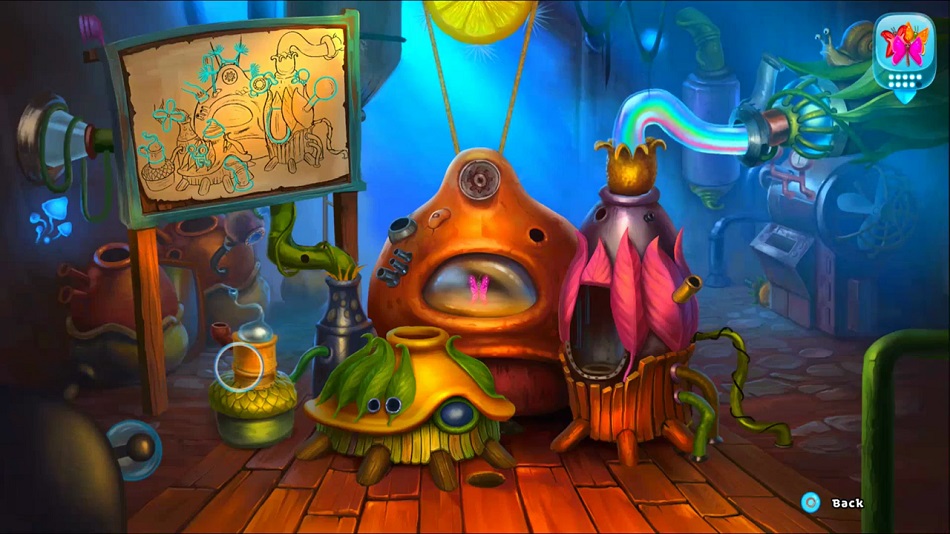 If MBR has a flaw, it’s that the puzzle design is sometimes a little too oblique for its own good. There’s no text at all in the game – everything is communicated through images, and objectives are displayed with pictures of a goal location and the item that needs to be brought to it. Puzzles are explained by single illustrations detailing how they operate. It’s all clean and effective, but still it can be difficult to figure out where to look next, and that’s without even addressing just how well-hidden some of these objects are.

Hidden Object Games traditionally offer a ‘hint’ button to push players in the right direction, and a ‘skip’ button to jump past especially frustrating puzzles. Despite being obviously aimed at a younger market than traditional HOGs, MBR has left out the quality-of-life additions that smooth over tough bits, and I fear doing so will have the effect of driving players away from an otherwise wonderful experience.

My Brother Rabbit wants to tug the heartstrings as it messes with the mind, and it does an exceptional job of both. There’s something heartbreakingly absurd about watching a stuffed rabbit doing its best to take care of an anthropomorphized plant, but it’s the abstraction that cuts right to the heart of the situation — this is a story about children trying to process huge issues so far out of their realm that the fantasy interpretations actually make more sense. It’s challenging and touching, sweet and scary, and one of the best things that Artifex Mundi has produced. Rating: 8 out of 10

Disclosures: This game is developed and published by Artifex Mundi. It is currently available on PC and PS4. This copy of the game was obtained via publisher and reviewed on the PS4 Pro. Approximately 5 hours of play were devoted to the single-player mode, and the game was completed. There are no multiplayer modes.

Parents: This game was not reviewed by the ESRB. It is completely safe for kids, and was in fact designed with them in mind. Seriously, though, parents, play it with them because it’s about a child getting sick, and you might want to talk about that as you go.

Deaf & Hard of Hearing Gamers: I played the game mostly without sound, and encountered no trouble. The game contains no text. It’s fully accessible.

Remappable Controls: No, this game’s controls are not remappable. There is no control diagram. Players interact with the game using standard point-and-click controls, with the left stick moving a pointer and buttons activating things onscreen.