There Aren’t Many Problems A Tank Can’t Solve! 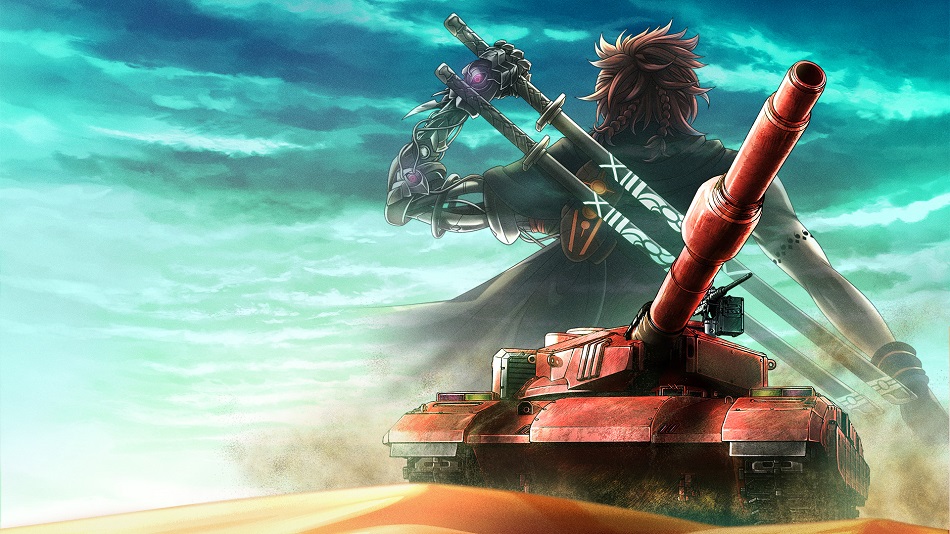 HIGH Starting new game+ and wiping out a boss with my opening salvo.

LOW No way to reload weapons during the gauntlet on the way to the final boss.

WTF There’s a mole villain named ‘Burroughs’, and that’s just the start of the puns…

Metal Max Xeno is built around a simple concept — How far can a game coast on strangeness and puns? As a traditional JRPG at the core with all of the random encounters and level-grinding one would expect, MMX feels like a dispatch from over a decade ago with a little added quirk for flavor.

Set in the arid ruins of Tokyo nearly a century after an AI nearly wiped humanity out in a nuclear war, the game casts players as Talis — he’s a Hunter who drives the dunes in a cherry-red tank, blasting monsters with reckless abandon. He soon meets two other survivors and their friendly android helper, who offer him a quest.

Xeno is unusually straightforward with its plot, and there are three distinct acts: 1 – Find Survivors. 2 – Find tech. 3 – Find the boss and kill it. The area maps are unusually narrow, and there are no sidequests or NPCs. I mean, I know the game is set in a barren wasteland, but I wasn’t expecting it to seem quite so empty. 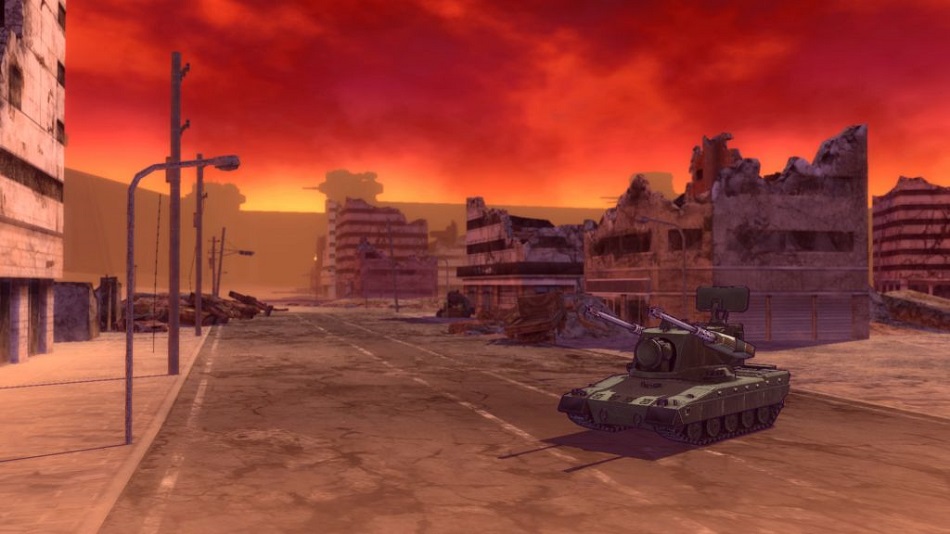 There are a few interesting examples of environmental storytelling – skeletons scattered around a ruined shelter, empty oil drums containing the bones and personal effects of the dead, and so on. Other than that, however, there’s no attempt made to give the wasteland any real character, or even to fill it with activities. Beyond killing monsters and digging up gear, there’s literally nothing to do.

Combat is interesting in an iconoclastic way, most notable for how startlingly easy it is. The player controls a squad of up to three tanks, and there are few creatures in the Tokyo wasteland that can stand up to them. Other than the final boss, the most difficult sections are the rare ones that have the player exploring dungeons on foot without tons of steel protecting them.

Xeno‘s saving grace is the enemy design. There’s an amazingly random assemblage of machines, monsters, and mutants wandering the wastes, all itching to be blasted apart by cannons. In one of the most unusual mechanics I’ve seen in a while, enemies don’t just waylay the party, they pop up on the world map where the player is free to initiate combat by taking a potshot with the tank cannon. This opening salvo can often prove fatal, and any enemies killed by this kind of ambush reward the player with double experience. Yes, the game actually incentivizes over-leveling and skipping combat. While it’s truly strange to make much of the combat skippable without penalty, I can’t deny that it illustrates the power of the player’s weapons. 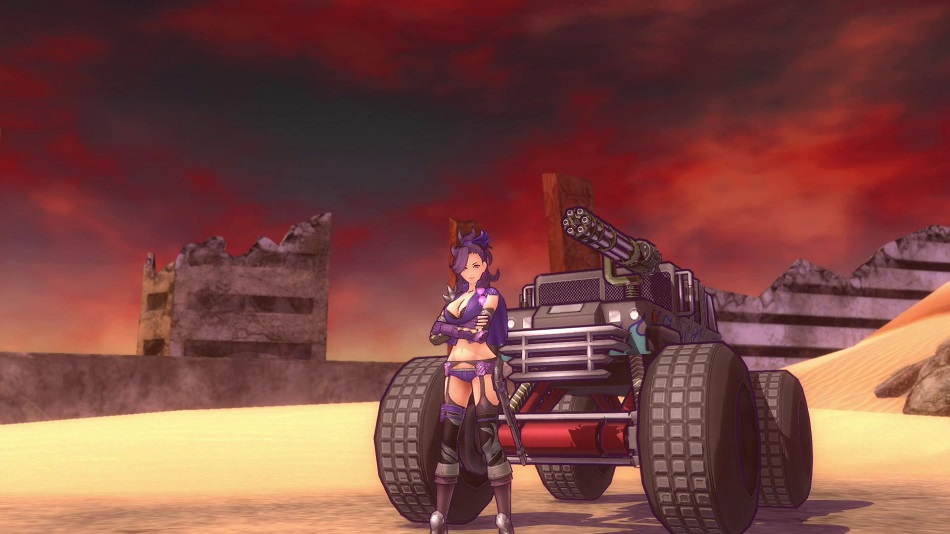 This brings me to the tank customization, which is one of the best parts of the experience. There’s an impressive amount of engines and weapons to install, and each chassis offers different loadout options with up to five slots for various weapon types. Every boss enemy has a shield that can be broken by one type of damage, so it’s always worth it to scope them out and plan accordingly. Easy to do, since an entire arsenal can be swapped around at any moment so long as the tanks are out of combat.

There’s a downside to the user-friendliness, however. With so much focus placed on building the right tank, combat tends to be anything but strategic – with the right three tanks there are few situations that can’t be overcome by simply tapping X over and over until the enemy has been worn down. Players will have to carefully plan their battles in the early game, using character skills to strike critical hits or to get in a few extra shots as they claw their way to narrow victories. Less than halfway through the campaign the player will have access to ‘rush’ commands, which allow them to fire every weapon simultaneously. Once that’s an option, doing anything else seems like a waste of time.

The result is that combat quickly starts feeling like little more than a numbers game — steamroll enemies until some manage to get a few licks in, then go back to base, upgrade the tanks and steamroll again. There’s just enough meat to the story (especially the interpersonal dynamics of the team members) to keep the journey engaging, but there’s just not enough here to make Metal Max Xeno feel like a substantial experience overall — and how could it when most battles can be won by a rapid-fire controller with a rock sitting on it?

If there’s more depth to Metal Max Xeno, I wasn’t able to find it. By the end of the game I’d encountered two hidden caves full of mini-bosses, and a mysterious boss-guarded shutter that couldn’t be opened by any means. Maybe there was something there to find, but the hours that came before had so thoroughly trained me to stick to the main quest that I had no idea where to even start. Despite its flaws, though, Xeno is charmingly strange thanks to its bizarre enemies and low difficulty level — it was a breeze to play through. It feels skeletal, however, and only those who wonder would happen if a three-story Maus tank battled a Rhino made of rocket launchers should give it a serious look. Rating: 5.5 out of 10

Disclosures: This game is developed and published by Kadokawa Games. It is currently available on PS4 and Vita. This copy of the game was obtained via publisher and reviewed on the PS4 Pro. Approximately 40 hours of play were devoted to the single-player mode, and the game was completed. There are no multiplayer modes.

Parents: According to the ESRB, this game is rated T and contains Blood, Language, Sexual Themes, Use of Alcohol, and Violence. This is kind of a weird one, I have to say. The combat is completely bloodless – tank vs robot, mostly, so what do you expect? There’s one shot of a mutilated corpse that turns up frequently, though, so look out for that. As for the mature content, let’s just say the game takes place in the horniest bunker in the apocalypse. There’s a long chain of plot developments concerning who wants to sleep with whom, and the ethical questions surrounding whether a certain character has the right to remain the last virgin on earth. Oh, and most of the characters drink all the time. So older teens only, please.

Deaf & Hard of Hearing Gamers: I played almost the entire game without audio and encountered no difficulties. There are onscreen indicators to accompany all audio cues, and the game is fully subtitled. The subtitles cannot be resized, however. Overall, I would say this game is fully accessible. 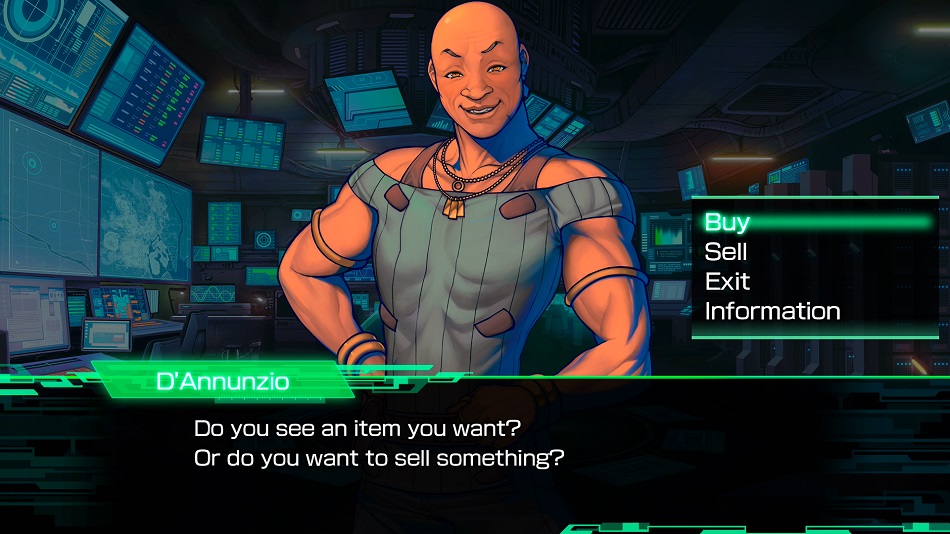 Remappable Controls: No, this game’s controls are not remappable. Players use the the left thumbstick to move the characters/tanks and navigate menus, and the right thumbstick to control the camera. Face buttons are used to operate menus, which is how all interaction takes place.