According to ESRB, this game contains: Blood and Gore, Intense Violence, Strong Language, Strong Sexual Content, Use of Drugs 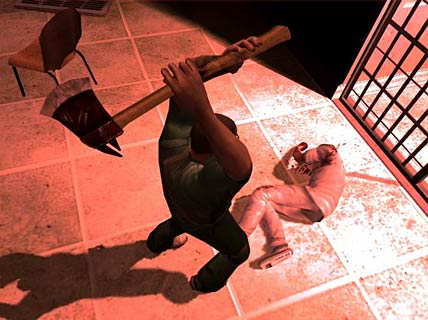 Fans of the first Manhunt will find this game the ultimate mixed bag. The story is a great improvement over the first, but the voice acting is a small step down. There's a much wider variety of kills, but none of them are actually visible. If you're a fan of the first, it's worth a try, but be forewarned, there's nothing as good as the Piggsy fight to be found anywhere on the disc.

Deaf and Hard of Hearing gamers should be okay. You'll miss out on most of the incidental dialogue, but get the story delivered in subtitles. An onscreen radar means that you'll always be able to tell where your enemies are, so you won't have to rely on hearing them coming.