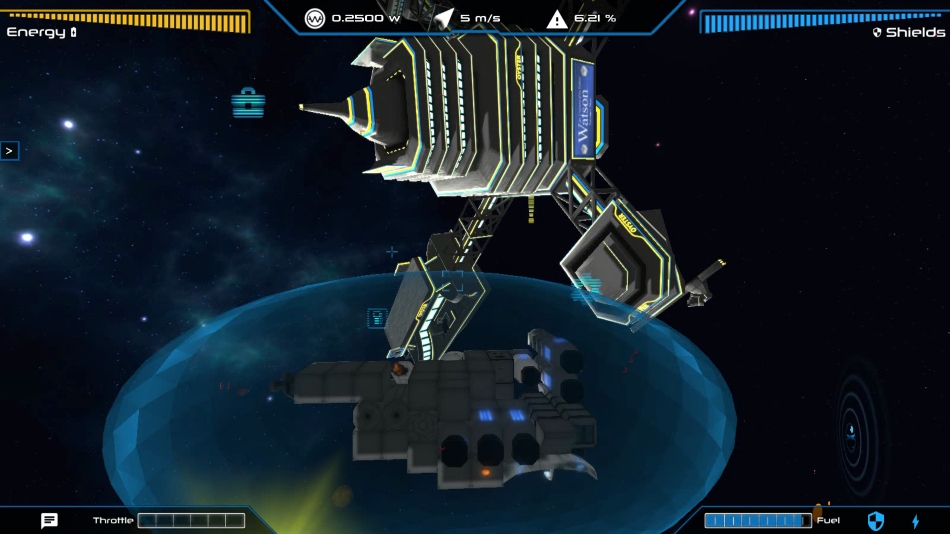 Lightspeed Frontier takes players into the depths of space to live out an intensely specific dream – the dream of building any spaceship they can possibly imagine, so long as it’s constructed from cubes.

An Elite-style space sim, LF is presently part of the Steam Early Access program. It’s in a fairly stripped-down state at the moment, with a basic UI and almost no obvious narrative elements. In contrast, the ship construction is surprisingly polished.

Every craft starts with one rule – the cockpit faces forwards, engines face backwards. Beyond that, players are free to build anything they want. I’ve tried vertical ships, ring-shaped ships, giant borg cubes covered with lasers – in the campaign mode parts must be purchased or scavenged, but the game also offers a sandbox mode where players can build whatever they see fit, and then upload their creation to the Steam Workshop for other players to toy with.

I was impressed by how the combat system allows players to build a ship best suited to their play style. LF uses a simple point-and-shoot mouse-based interface, with the player able to easily switch between firing straight-on or using a broadside view to circle around their opponents, blasting away. The interesting element is that all of the ships are modular, so the player can both easily target specific systems on the enemy ships – all of which have distinct visual profiles – while also building up their own armor and altering their own ship’s design to protect their most important systems.

Of course, this leads to design escalation – more armor needs more engines to move, more engines need more reactors to power them, more power needs more fuel tanks to feed it… It’s a deep system that the drag-and-drop construction interface makes a breeze to use. 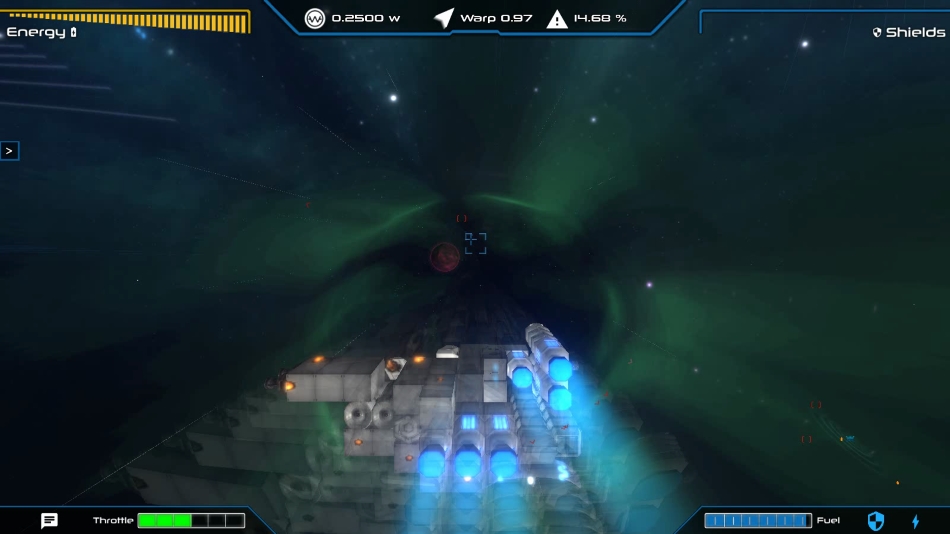 While still early, the game already has an interesting look to it – while everything is built from simple blocks, the blocks themselves have enough detail to look distinct, ensuring that players can put together a ship that both functions the way they want it to, but also has the right look. There are plenty of interesting visual effects as well – warp speed is depicted with a unique rainbow vector that was as pleasing visually as it will be dangerous to the photosensitive. Also impressive are the ship explosions – not only are there requisite flashes of light, but destroyed ships explode into a cloud of their component parts that hang in space, waiting to be collected.

The construction and combat are already quite solid, and despite a couple of crashes, I found the game playable for the hours I spent with it. I’ll be waiting until there’s a little more narrative structure before I check back into it, though – Lightspeed Frontier has the potential to be a top-flight space sim, and once there’s a clear system for managing bounties and quests, I’ll absolutely check back in.