I Am The Law, There Will Be Trouble 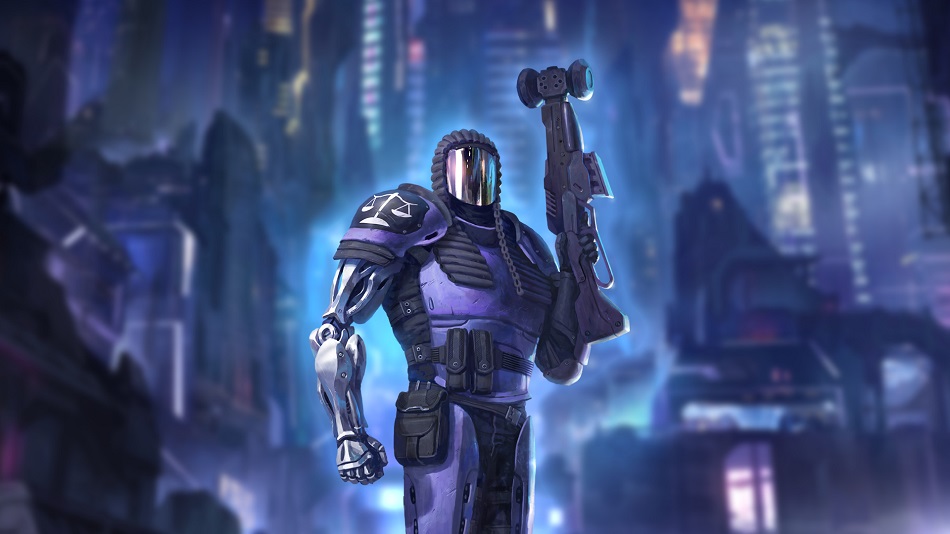 HIGH Lining up the perfect bounce laser shot to liquefy three perps at once.

LOW Trying to figure out enemy sight range for ‘don’t get spotted’ challenges.

There hasn’t been a good Judge Dredd or Robocop game since the 16-bit era, and Robocop had to team up with the Terminator to manage that one. These are two franchises absolutely begging for decent videogame representation, yet completely unable to get one. This is especially surprising considering that Dredd is actually owned by videogame developer Rebellion. Seeing this obvious void in the marketplace desperate for a product to fill it, 10tons developed JYDGE, a game perfectly crafted to sit at the exact midpoint between those two franchises.

In a futuristic megacity terrorized by lawbreakers, the police have a radical new concept in the war on crime – killer cyborgs loosely themed around the concept of ‘judging’ criminals, if that concept can indeed be stretched to the point where it includes blasting them to pieces with rocket launchers.

A top-down shooter loosely fitting into the Hotline Miami mold, JYDGE is built around small levels that can be raced through in roughly a minute with the player shooting foes, collecting evidence, and rescuing hostages across fourteen different missions. JYDGE‘s intriguing twist on the formula is putting the character in the skin of a monstrously powerful character and then giving them a world where they can freely wield that power freely in completely destructible environments.

Every one of JYDGE‘s stages is a warren of narrow hallways and locked doors. Players can zip through, blasting enemies apart and finding keys, or they can simply equip the right weapons and make their own path straight to the objectives, painting the walls with the internal organs of anyone unlucky enough to get in their way. In addition to its other charms, JYDGE is an extremely gory title that revels in the way enemies explode when hit with a wide arsenal of weapons. Even the Jydge itself is prone to exploding – fail a crucial mission objective and it self-destructs in the most gruesome way that the stylized graphics allow. 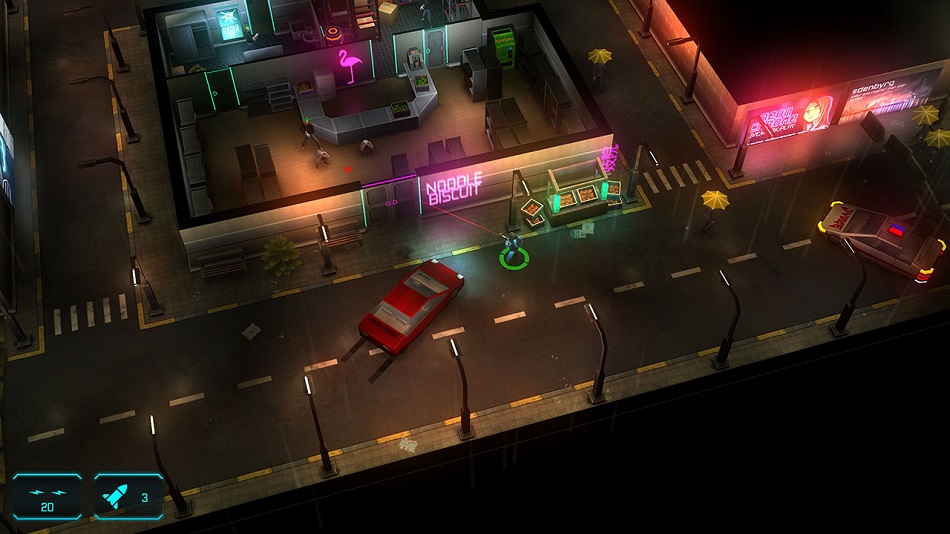 For a game with a relatively small number of levels, JYDGE does a great job of keeping players coming back by offering four completely different versions of each stage. As players increase the difficulty level, enemies don’t just get stronger and have their spawn points shuffled, although that happens as well. No, on higher difficulties the mission objectives change. The first time through, a player might have to save a group of hostages within 30 seconds, but on a subsequent visit they’ll have to kill everyone in the level while remaining unseen by the opposition.

The devs are incredibly fair with objectives, as well – players can chase them in any order they want, and once they’re unlocked, they stay that way. As such, while daring players can attempt to complete all three at once, it’s not a necessity. Thanks to this flexibility, all of the game’s objectives can be completed with a  little determination.

JYDGE reinforces the appeal of completing these objectives by awarding medals that unlock more weapons and character upgrades. This is the basis for the central and most robust mechanic – the modular nature of the Jydge. Players can have up to four mods on their body and three on their gun simultaneously, as well as selecting the kind of bullets their gun fires. There are a dozen different options that can completely changing the way the game is played.

Based on their loadout, players can snipe through levels by shooting through walls, be near-impervious to bullets and club enemies to death, or they can slink through the shadows while picking off enemies that have no idea where the shots are coming from. Any kind of hybrid character is possible, and completely rearranging abilities is as easy as swapping mods around for ten seconds. The developers even go the extra mile and have the respec menus pop up whenever the player fails a mission – no need to drop back out to the mission selection screen, just change it up and jump right back into the mission without losing a step. Failure never feels like much of a punishment, and the huge variety of playstyles make it unparalleled in the art of luring players into ‘just one more try’.

JYDGE isn’t very long, but it’s incredibly wide, and its winking embrace of  ’80s-style ultraviolence should charm both devotees of the franchises that inspired it and anyone who can appreciate a clever shooter. Rating: 9 out of 10

Disclosures: This game is developed and published by 10tons. It is currently available on PC and PS4. This copy of the game was obtained via publisher and reviewed on the PS4. Approximately 6 hours of play were devoted to the single-player mode, and the game was completed. 1 hour of play was spent in multiplayer modes.

Parents: According to the ESRB, this game is rated Teen and contains Violence and Blood. It’s crazy to me that this got a T rating, although I suppose that’s stylization once again tricking the ESRB into thinking something is much less objectionable than it actually is. This is game that entirely revolves around blowing people into bloody chunks. No matter how carefully it’s played, some of those people are going to be hostages and innocent bystanders. It’s unavoidable to the point that the plot hinges on it. Consider this one an M in disguise, please.

Deaf & Hard of Hearing Gamers: You’ll be fine! There are no audio cues of note. I played most of the game without audio, and had no trouble at all. The only cue I noticed was the ‘ding’ of an elevator as reinforcement goons arrived, and I was surprised by them more than once while playing with audio turned off.