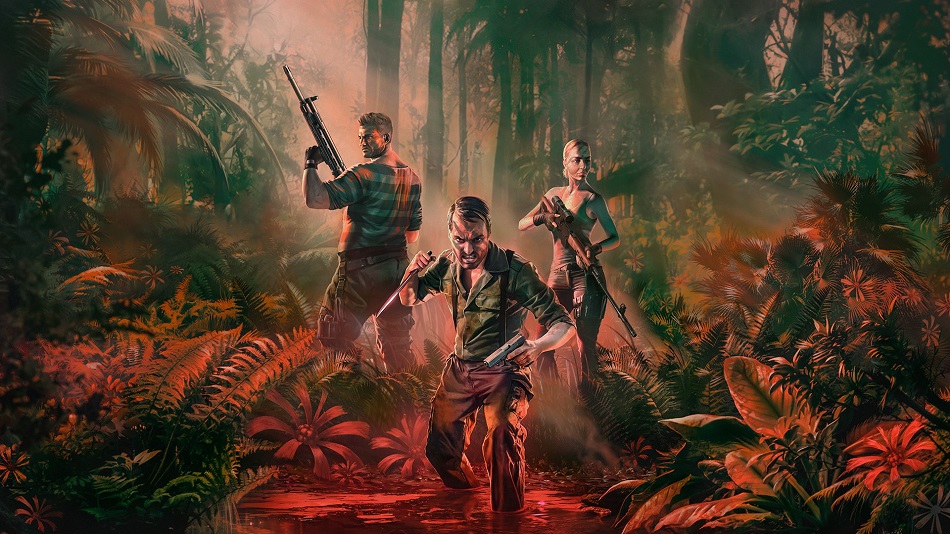 HIGH Finding an enemy that made saving my single .50cal bullet worthwhile.

LOW An AI hiccup making enemies forget to fight each other and gang up on me instead.

WTF Weren’t you shot in the head last game?

Jagged Alliance: Rage is a perfect example of a franchise finding its moment. Twenty years ago, Jagged Alliance took the same mixture of gameplay and team management made familiar in XCOM and added in an open-world take on strategic planning, with the player allowed to explore and conquer an occupied island by any route they chose. It was a brilliant success, but the company that produced it went under and the franchise lay fallow for years.

It was only after Firaxis’ XCOM revived squad combat with grid-based movement that it made sense to attempt Jagged Alliance again. More a proof-of-concept than a true entry in the series, JA:R seems built solely to test the waters for the franchie’s return. Gone are all of the elements of business management and army-building. Instead of being offered a challenge and being allowed to approach it in any way they see fit, JA:R offers a handful of crafted encounters with the player taking out strategic targets across an island as they work their way to a climactic showdown with a familiar face from JA2.

The player starts off two mercs of their choice drawn from a pool of classic franchise heroes, each with their own special perks and disadvantages. It’s a tough choice – does one prioritize sniping or heavy weapons? A free infinite medikit, or perpetual camo? With each character having a clear disadvantage as well (a weak immune system, alcoholism, etc.) it’s important to choose characters that will complement one another and reflect the kind of playstyle that’s preferable. There’s no shame in getting through the tutorial, trying out a battle, and then restarting with a different set of mercs. 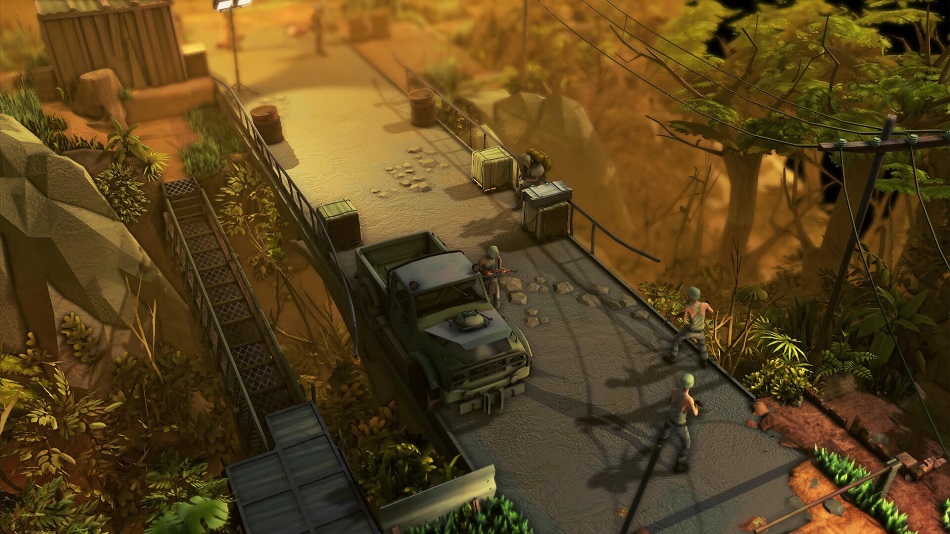 Once players are set loose on the world map, they’ll find a number of light sim and strategic elements. For example, the world is divided up into nodes, and every move along a node consumes one in-game hour and lowers each character’s water and fatigue meters by one. If these stats get too low players begin suffering aiming and movement penalties, so it’s always good to find a few turns to rest between intense missions. It’s not a huge amount of management, but the player’s ability to assign tasks during this downtime, such as repairing weapons or healing each others’ wounds, goes a long way to making Jagged Alliance feel like more than just a set of battles.

The combat is well-designed, managing to mix cover-based gameplay with strategic shooting. Players can aim at various body parts, and even increase their chances of hitting by spending extra movement points. It’s all fairly standard stuff, but where the is stands out is a well-implemented stealth system.

Enemy guards have vision cones with two distinct areas – a long range arc where they can see standing and running enemies, and a much smaller one in which they can detect crawling foes. If players are willing to take to the ground and move slowly, they can use hand-to-hand combat, throwing knives, and even a crossbow to thin out the opposition before bullets start flying. This is a vital tactic – the max party size of four mercenaries means that the player will always be grossly outnumbered, and while it’s possible to win large-scale gunfights, it’s almost always smarter to take out at least half the enemies silently.

Jagged Alliance‘s enemies offer well-designed AI. They’ll search out strange sounds, peer into dense foliage, and even spot hidden players if they make the mistake of sticking around after piquing a guard’s interest. They’re good at flanking, using grenades, and even calling in reinforcements – if players don’t take out wandering patrols on the world map and an alarm goes up during an encounter, new enemies will rush in to the rescue. It’s one more way that the devs teach the value of stealth and careful planning. There may not be a large number of levels, but each one is well-populated with enemies and use the geography well, giving players multiple avenues of attack and offering plenty of combat options. 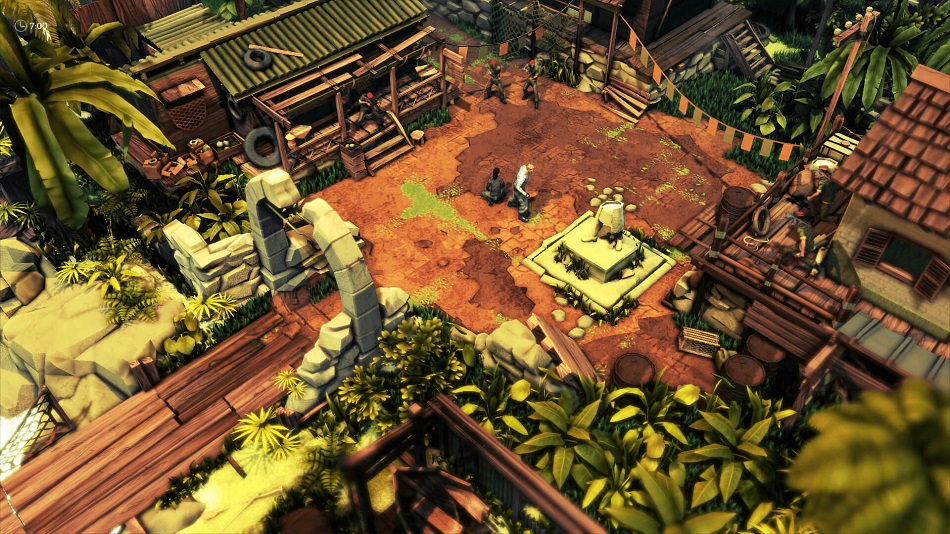 Rage! is far from flawless, though. Most inexcusable is the inventory/looting feature. At the end of a mission, players can simply click on any container or corpse to check what might be worth picking up. This sounds convenient, but many levels are so large that it’s easy to lose track of where enemies were when they were killed. Given that players will have to replace or repair weapons after every fight – more on that in a moment – it should be far easier to find parts and ammo. This is especially frustrating considering that JA2 solved this problem 20 years ago by having a ‘map inventory’ that displays every item currently available once combat ends.

The weapon durability system is similarly ill-conceived. Weapons gradually degrade and need to be repaired. This has always been a mechanic in the series, but the system is now completely out of whack. I can expect any given firearm to start jamming after firing 15-20 bullets, going from fully repaired to below half condition after one encounter. Since it’s impossible to raise weapon condition during a battle, I got into the habit of having soldiers carry two rifles each. I understand that the devs wanted to simulate wear and tear, but they badly misjudged how it scales – completely replacing or repairing every weapon after every battle is a crazy ask.

Even if it doesn’t have the scope that one would expect from a Jagged Alliance title, Rage! nails the combat and captures the essence of the series. Stripped of the larger strategy elements, the game can be completed in under twenty hours, but it doesn’t feel hollow or rushed. Jagged Alliance: Rage proves that its classic mechanics work well in a modern strategy millieu, and it makes a strong argument that bringing the series back in full would be a great idea. Rating: 6.5 out of 10

Disclosures: This game is developed by Cliffhanger Productions and published by Handygames. It is currently available on XBO, PS4, and PC. This copy of the game was obtained via publisher and reviewed on the PS4 Pro. Approximately 25 hours of play were devoted to the single-player mode, and the game was completed. There are no multiplayer modes.

Parents: According to the ESRB, this game is rated M and contains Blood, Strong Language, and Violence. It’s a standard mercs vs madman story, but it’s considerably less bloody than previous entries in the series. There’s blood here and there, but players won’t have to watch any heads explode. Somehow the ESRB missed all of the alcohol consumption in the game — in the search for clean drinking water, players will often have to resort to drinking beer, which brings with a risk of developing alcoholism and clear gameplay penalties. Why, it’s almost educational!

Deaf & Hard of Hearing Gamers: All dialogue is subtitled, and there are no audio cues of note. Even the sound characters make is represented onscreen. Subtitles cannot be resized. It’s fully accessible. 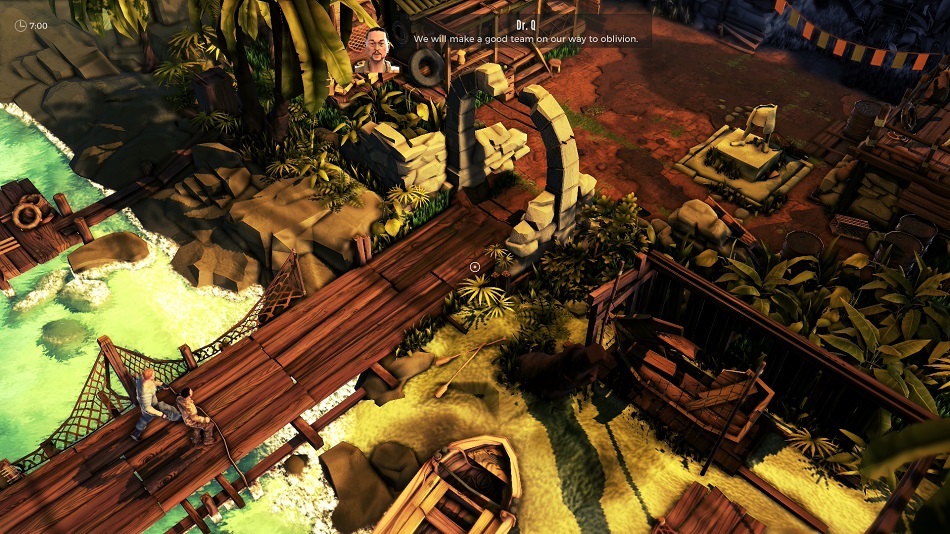 Remappable Controls: No, this game’s controls are not remappable. there is no controller diagram. The controller serves as a mouse replacement – the left thumbstick moves a cursor, the right adjusts the camera, and face buttons select or cancel actions.

Great review indeed, really enjoyed reading it. But i would like to add up the camera perspective is really poor imo in most cases (especially when aiming), the colouring on the environment is also not so realistic, the story is also incredibly poor and the game is pretty short, have 13th times on my PS5 and surely also made platinum. The weapon variety is pretty rich though in Jagged Alliance Rage, which i cant complain at all, though the good weapons coming very late (towards the end of the game). Its surely disappointing that the weapons getting damaged very quickly.… Read more »

Jagged Alliance 2 was and still is great.

I hope that there will be a Jagged Alliance 2 remake in the future.

Anyway, it’s nice to see another one from an awesome turn-based strategy series.

I think anyone following the Jagged Alliance franchise should definitely get Rage!.