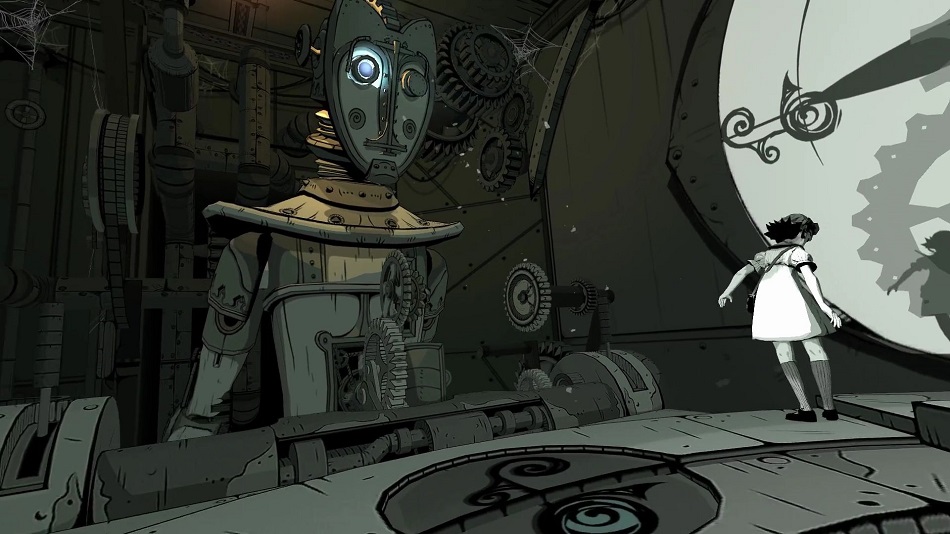 HIGH Exploring the pages of a pop-up book.

WTF How is it that ‘Take On Me’ isn’t starting right now?

If I buy a book of logic puzzles and I get stumped by one, I can flip to the back and check the answer. If I play a casual game and find myself utterly baffled, there’s usually a ‘hint’ or ‘skip’ button to lean on in order to keep the story going. Somehow, though, it has yet to occur to puzzle and adventure game devs that there just might be an audience out there who enjoys their work and wants to see their stories to their conclusions, yet are just bad at puzzles. Maybe it’s certain kinds of puzzles, maybe it’s  puzzles in general, but whatever their particular limitation, devs have almost entirely abandoned the concept of in-game assistance and left them to choose between quitting the game or turning to Google.

The latest puzzle game to infuriate as much as it delights, Iris.Fall takes place in a monochrome world of sinister kittens and mysterious automatons — an ersatz Wonderland where picture books come to life and the rabbit hole seems endlessly deep. Players control a young girl who begins her journey exploring a puppet theatre, only to discover a secret world beyond its gates, jam-packed with puzzles of nearly every type. 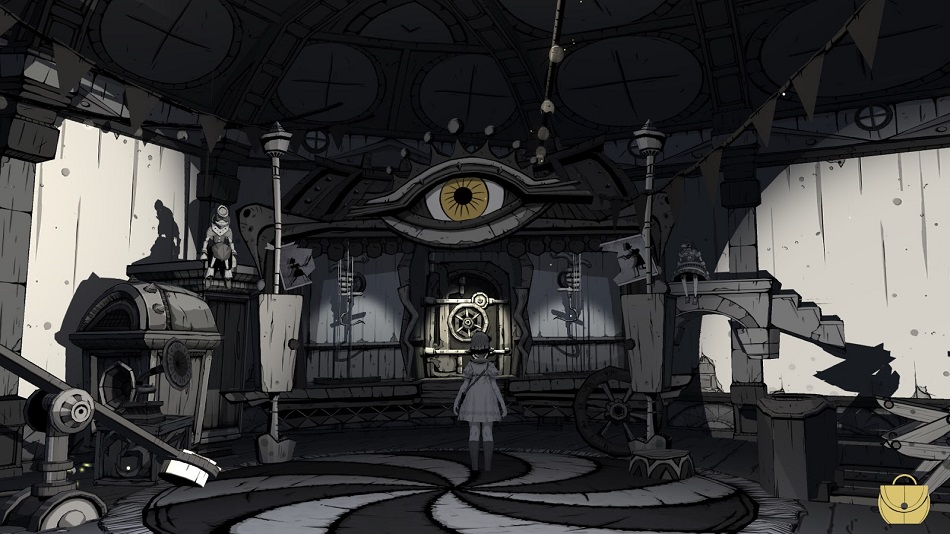 Light and shadow are the central elements here. Most areas have a strong light source off to the side and items that can be positioned in front of them, creating strong black lines on the back walls. The girl’s special ability is that she can use a magical book to move entirely into her shadow, move around through the shadow geometry, and then return to the real world. For example, if an exit door is atop a balcony whose stairs have crumbled away, the player can simply tilt a see-saw so that a line of shadow on the wall links the ground to the platform, then switch to shadow form, rush to the destination, and then switch back. This allows the game to function both as a 2D and 3D experience simultaneously, with the player moving things around in a 3D world to transform the 2D shadow plane that they must traverse to continue.

These tasks start as simple constructions, but over the course of the adventure the developers find dozens of ingenious twists to the formula including multiple light sources, items that have different effects depending on how far from the wall they’re placed, and even shadow creatures that block progress. When Iris.Fall stuck to these shadow puzzles, the challenge was perfectly balanced. There are certainly some baffling situations, but since there are only ever a few moving parts in any given shadow puzzle, a dedicated player should be able to muscle through them all eventually.

The same can’t be said of the game’s other puzzles, however. Drawing from a pool of the classics – things like Rubik’s cubes, complementary rotation, circuit building – Iris.Fall has a puzzle for for everyone. Unfortunately, this has the corollary of ensuring that players with a weakness for a particular kind of puzzle will end up absolutely stuck at least once in the game. I personally found myself banging my head on a task involving building a bridge for the better part of a half hour, and it’s entirely possible that were I not reviewing the game, I might have quit there and then. 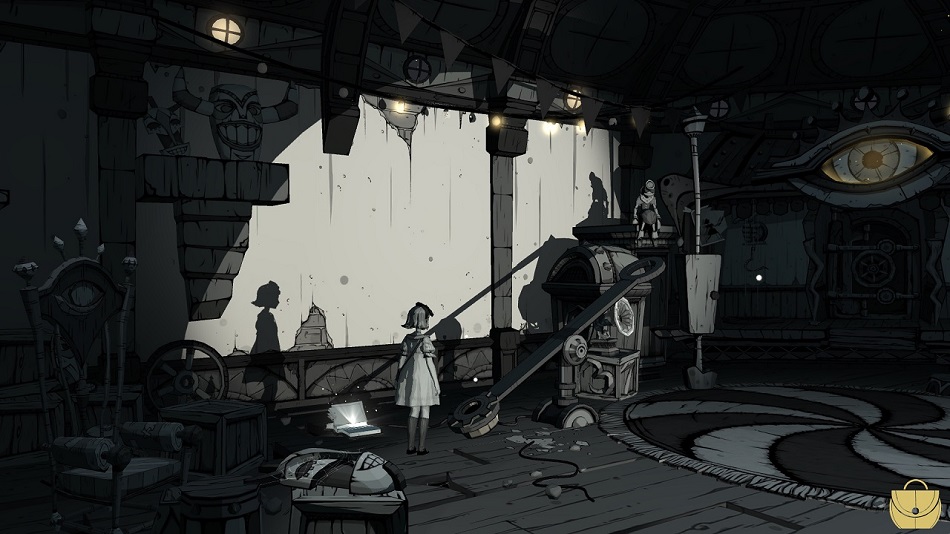 I’m glad I didn’t, though, since the story deserves to be seen through to the end. Every location is a gorgeously rendered mechanized Victorian nightmare of glaring lights and inky blacks, and in the total absence of dialogue or text, it’s entirely up to the environment and action to sell the narrative, and this is accomplished in spades. The further the player gets, the more they’ll be presented with tableaus of rot and artificiality. These themes gradually move to the forefront until, in a grand finale, the central message becomes impossible to avoid and things wrap up with a final punch to the player’s gut. It’s always a struggle to tell a coherent story without exposition, but the developers nail it here.

In light of this story being so strong, I need to circle back and ask again, why do developers of this sort of game fail to ensure that every player who starts will be able to see it to the end? There’s obviously a kind of satisfaction to be gained by honestly completing all of the puzzles, but isn’t that enough of a reward for the dedicated. Maybe even toss in a trophy for never using the hint or skip button? There are tough puzzles in Iris.Fall, and there’s also a story that the developers want to tell — I can’t see a reason why those two things should come into such direct conflict. Why should the end of a great tale belong only to puzzle masters and those who check YouTube? Rating: 7.5 out of 10

Disclosures: This game is developed and published by NEXT Studios. It is currently available on PC. This copy of the game was obtained via publisher and reviewed on the PC. Approximately 4 hours of play were devoted to the single-player mode, and the game was completed.

Parents: This game was not rated by the ESRB, but is probably equivalent to an E10+, and I’d say that it contains Cartoon Violence. While there are certainly some intense or scary scenes, it’s nothing worse than a particularly edgy children’s cartoon. There’s an overall eerie and ominous tone that I’d suggest younger children be kept away from, but it’s otherwise safe.

Deaf & Hard of Hearing Gamers: Surprisingly, the game has no audio cues. It’s rare for a game without dialogue or text to also feature no audio-based requirements, but that’s really the case. I played half the game with no audio, and suffered no problems at all. As such, it’s fully accessible.

Remappable Controls: No, this game’s controls are not remappable. There is no control diagram. Players move with the left thumbstick, and interact with the face buttons. When puzzling, they’ll use the thumbstick to select puzzle elements, and the ‘use’ button to move them.