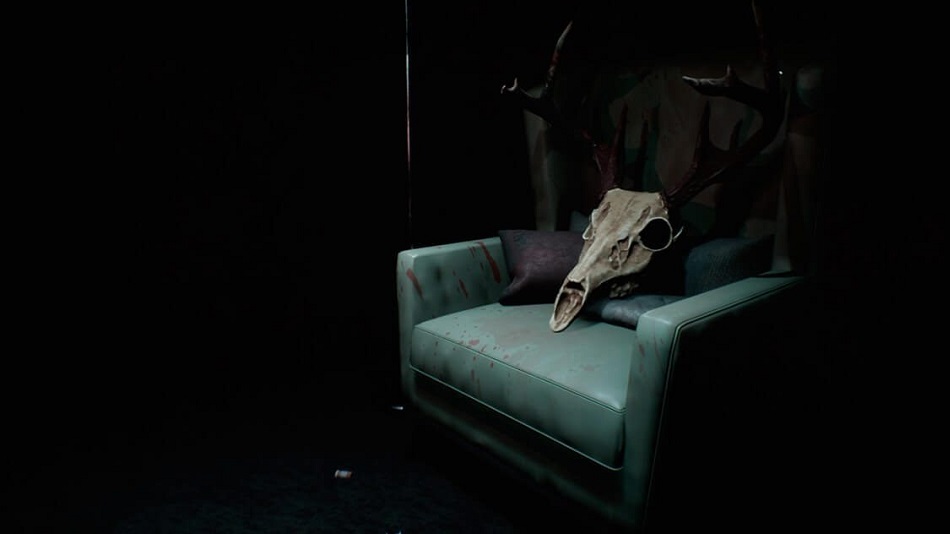 HIGH Finding out what was behind the special locker.

LOW Attempting to play the game on a television.

WTF It really bothers me that the SUV got turned around.

Simulated helplessness is difficult to pull off in a standard videogame. Put the character in chains, lock them away, send them crawling down an endless hallway while they’re irradiated by a submarine’s reactor — the player can sympathize with their avatar’s predicament, but they’re not the trapped one. They’re not helpless. It’s always just a figure on a screen. However, this isn’t a problem that VR has.

By placing the player quite literally behind their character’s eyes, it can easily create the kind of panic that even the best traditional horror games struggle to achieve. There’s something about being able to freely look around a seamless world that cuts through players’ normal defenses — what could be dismissed on a flat screen is harrowing when it’s all around, and removing a VR headset is a much bigger commitment than simply looking away. Intruders is keenly aware of this, and leans on it, hard.

Intruders: Hide and Seek casts players as a young boy on vacation with his family. They’re off to a forest estate for a relaxing weekend, but things quickly take a dark turn when a trio of criminals arrive, tie up the parents, and start demanding something that the family’s patriarch is unwilling to give them. It’ll be up to the player to evade the boy’s pursuers, figure out a way to save his parents, and expose the mysterious motivation of the home invaders. 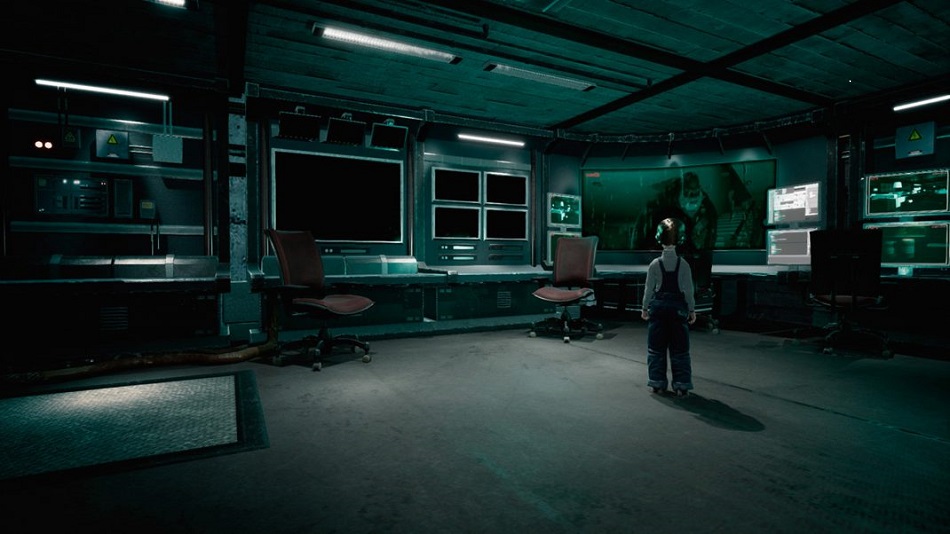 Luckily, they have some help in the form of the boy’s younger sister, somewhat safely locked away in a secret room, with access to surveillance cameras and a walkie-talkie. I say ‘somewhat’, because the sister needs regular medication, and there’s certainly none in the hideaway, which just adds one more hurdle for the player to overcome. Without spoiling things, it’s safe to say that the story starts out ominous and then grows openly horrific as it rolls on – while things never get explicitly bloody, there’s a darkness here that could disturb more sensitive players.

Intruders gets a lot of mileage out of its main character’s size. As a child — and not a very large one — the player will find themselves faced with a world built for people much larger than them. Doorknobs are set to eye level, furniture looms high above their heads, and everything of interest is placed almost out of reach. Perfectly convenient for an adult, of course, but seated players will find themselves wanting to stand up to get a better look at things, while standing players will find themselves frequently getting up on their tiptoes. The developers have done a brilliant job of building a location that at first glance seems to be utterly commonplace, but by shrinking the player it becomes alien and overwhelming, especially once the lights go out.

So, the gameplay. After a chapter of spending time with the family and getting a sense of the house’s layout, night falls and things get intense. What seemed like a startlingly huge house suddenly becomes claustrophobic once three stalkers are wandering around with flashlights, trying to track the player down, and the titular hide-and-seek works quite well as players listen for the footsteps of the intruders and watch for the beams of their flashlights. Situational awareness is key – every room is littered with furniture that players can duck behind, crawl under, or even open the door of and slip inside, which can lead to a  minigame where they have to keep their heartrate under control as intruders close in. The game doesn’t let players set traps or fight off their attackers, so if they fail this one check, or get grabbed during a chase, they’re immediately spirited back to the previous checkpoint.

Over the roughly two-hour campaign, players will find themselves crossing the house four or five times, but it doesn’t get repetitive. With three stories, multiple paths through two of them, and marginally randomized enemy AI pathfinding, players have an incentive to keep trying new ways of sneaking past foes as they move from one objective to the next. 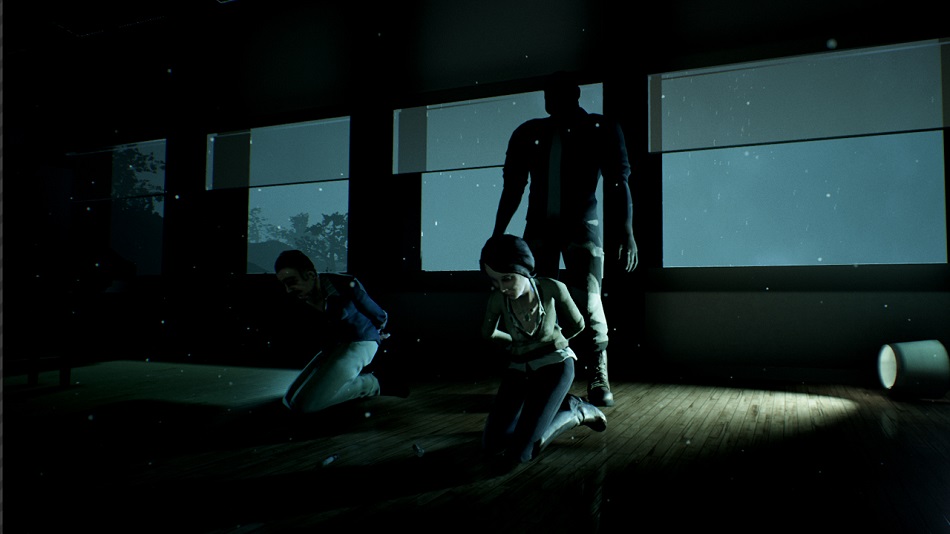 While the core play is tight, that’s only true of the VR version. Intruders can be played on flat televisions, but it absolutely should not be, because of a design choice that doesn’t translate well.

Think of the player’s core – the part that enemies can see via line of sight – as a floating ball of light. While the player can’t look down and see it, it casts light within the game’s world, creating a glow whenever close to a wall or piece of furniture. The game is built around this ball of light, and it’s what players move around with the controller. This works great in VR, because players are encouraged to hide behind walls or objects before leaning around or over to check enemy positions, and it works perfectly – so long as the ball of light is hidden, they’re hidden. In the flat version of Intruders, no leaning is possible. Instead, players have to blindly turn corners and enter rooms, and if the enemies happen to be glancing their way, they’ll be immediately caught. It takes the game from thrilling and intense to profoundly unfair, to the point where I’d say the flat, non-VR version is nearly unplayable.

As a VR experience, however, Intruders is jarring and involving in equal measure.  Most importantly, the developers understand how to create the experience of being a child in a high-pressure situation — everything is too big, too scary, and too fast. It’s only by resolve, wit, and bravery that the little boy can survive the night and save his family, and Intruders makes players work for it by putting them through some genuinely frightening situations. There are emotions that only VR can get players to feel, and Intruders is built to push those exact buttons. Rating: 7 out of 10

Disclosures: This game is developed and published by Daedalic Entertainment. It is currently available on PS4. This copy of the game was obtained via publisher and reviewed on the PS4 Pro. Approximately 3 hours of play were devoted to the single-player mode, and the game was completed. There are no multiplayer modes.

Parents: According to the ESRB, this game is rated M and contains Blood,Strong Language, and Violence. It’s an intense, violent game, where children are constantly threatened with death. It also features a particularly bleak storyline, so please, keep younger teens away. In addition, you would not believe how much wine this family drinks. It’s madness.

Deaf & Hard of Hearing Gamers: While the game has subtitles, there’s no captioning to let players know about the sound of approaching or receding footsteps, which will make the gameplay much more difficult. It is not fully accessible. 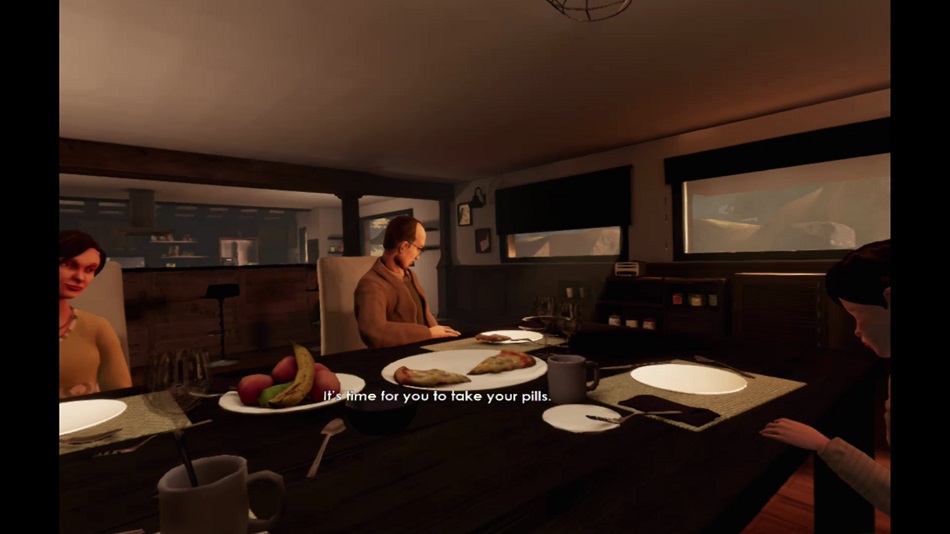 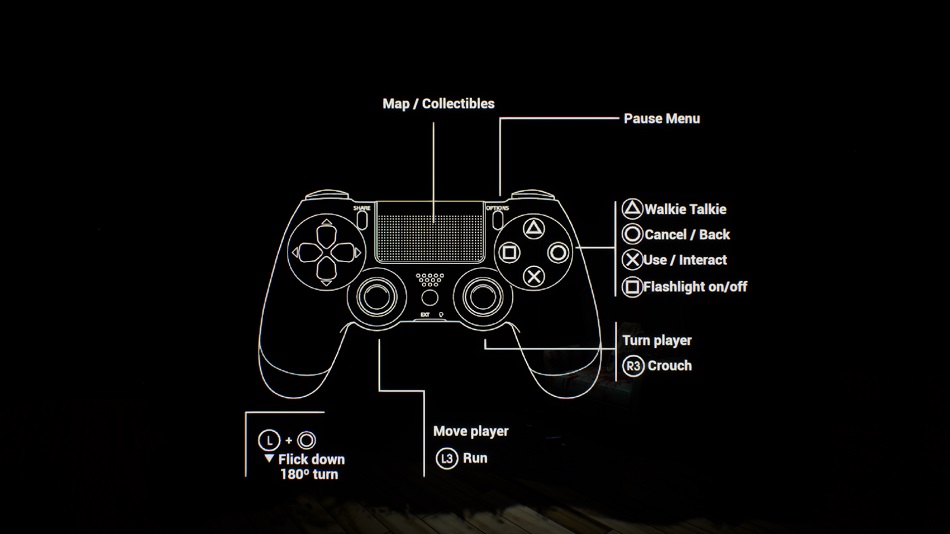 Good job on your review!

I’ve been a fan of horror games for a long time and I’ve always wanted to kick it up a notch.

And what better way to do that than to have that VR experience.

Intruders: Hide And Seek looks like it has parts where I’d get that good jump scare I’ve always looked for in a horror game.

Thanks for sharing about this game.