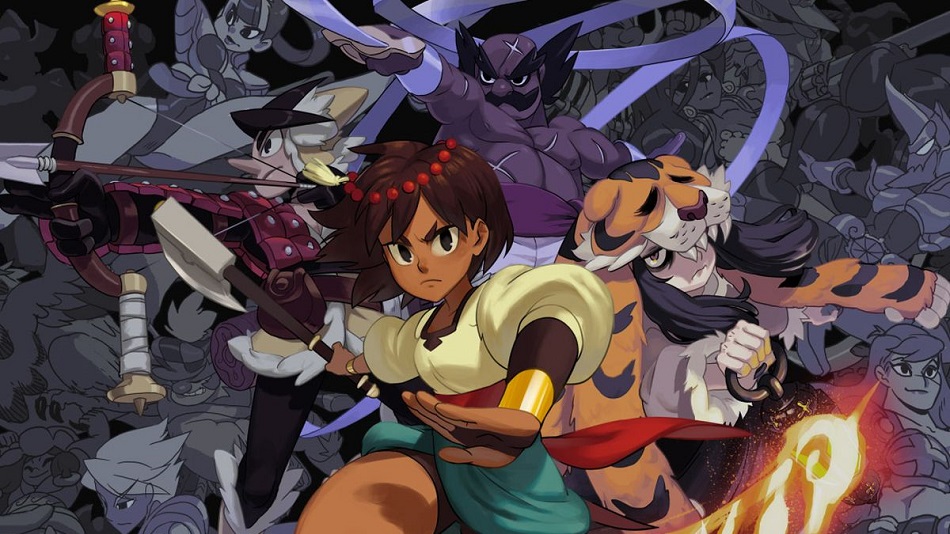 Set in a lush animated world full of jungles, temples, and mythological monsters, Indivisible puts players in the role of a girl who must traverse a 2D world, gather allies, and employ their aid in the strange turn-based battles that cause this game to be classified more as an RPG than its visual style would suggest.

If the developers had wanted to, they could have made this project into a standard 2D platforming adventure since they have the style down flat. Exploring the ruins is simple to control, with the main character able to leap, slide, and use an axe to climb up sheer walls, one mighty swing at a time.

At first it’s a little strange to go from zipping around a platformer straight into turn-based battles, but Indivisible handles the transition so smoothly that I began to appreciate what the developers were going for. It’s a quick, streamlined experience that takes all of the slog out of turn-based titles. Players jump in and out of fights that have all of the basic facets of RPGs – enemies and heroes lining up on opposite sides of the map, action bars filling up until characters can be used, each character having a single ‘special attack’ they can use to attack enemies, heal allies, or activate a buff. All of it happens so quickly that the average fight can be over in just 30 seconds. 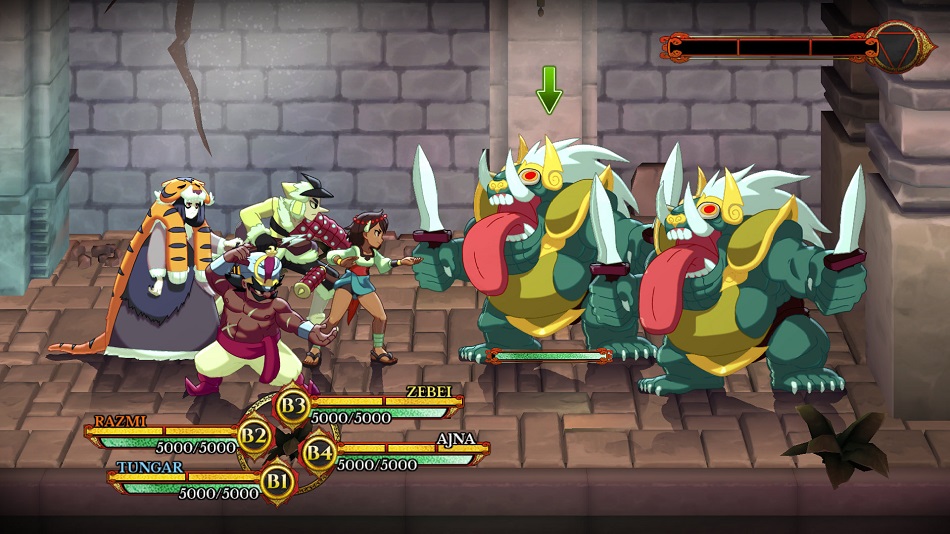 That speed is both a strength and a weakness, however. The player is in charge of both attacking and defending during fights, and it’s the second of those that causes the trouble. While successful attacks build up the special bar that allows the players to use spells, defending drains it. Players can’t just lean on it every time an opponent makes a move. More troubling are enemy grapples – in order to defend against those, the player has to tap the block button at the right time, rather than hold it as they do to defend against strikes. The problem is that the game’s pace is frenetic and there aren’t clear visual signals that let players know whether an enemy is striking or grappling. I often found myself taking damage unfairly.

I give Indivisible’s visuals compliments. though – every character is colorful, detailed, and brought to life with smooth animation worthy of a high-end fighting game. The artists have done an incredible job of making the monsters visually consistent, all sharing an attractive rounded style, no matter their origins. And wow, are those origins varied. The enemies range from long-tongued ogres to huge golems, and even the Thai demon that takes the form of a flying severed head with internal organs trailing behind it wherever it goes. I’m a little worried that the narrative won’t be able to satisfactorily explain all of the world’s monsters appearing in the same place, but as a feat of pure art design, it’s truly something to behold.

Indivisible looks fantastic, and other than a quirk about the defense system, it plays quite well. As a proof of concept, this preview build does a great job of modernizing and accelerating the RPG, and I’m interested to see if the full version of the game is able to put these great mechanics to use in service of an equally stellar story.

Look for Indivisible to hit all platforms sometime in 2018.