If The Cold Doesn’t Get You… 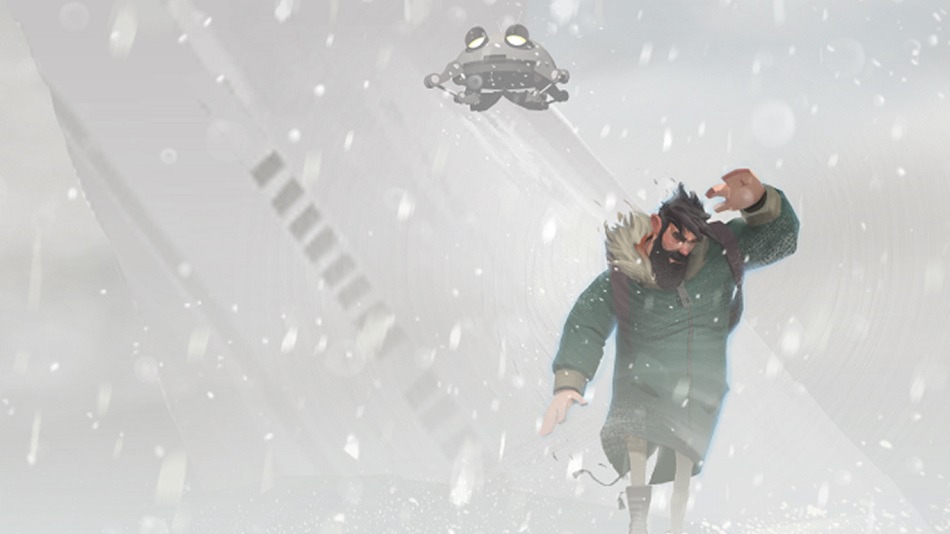 HIGH Figuring out my rifle and executing that damn wolf.

LOW Having to restart after three in-game days because the food system wasn’t well-explained.

It’s frustrating to see a game come this close to being great. I don’t know that Impact Winter was ever going to be a great one, but it comes within a hair’s breadth of it. If the developers had made just a single change, just one tiny adjustment, this would have been an extremely playable survival adventure, rather than one that frustrates more than it satisfies.

Impact Winter takes place in a snow-covered Manitoba town where a few people have made the questionable decision to remain in close proximity to the exact place where the mantle-cracking meteor that caused the monstrous titular freezing conditions to occur. The player controls Jacob, a man who must brave the elements and scavenge for goods in order to keep both himself and a group of four survivors alive for the thirty days it will take for help arrive.

The game offers a fairly deep crafting/quest structure that ties nicely to base management elements. Each of the four survivors can craft a different class of goods – one cooks food that’s more effective than tinned goods found in the wild, another builds survival gear to help Jacob withstand the cold. A third character focuses on base improvements, while the fourth one is devoted entirely to powering up the electronic drone that follows Jacob around, alerting him to the presence of resources and keeping track of the locations he discovers.

Each survivor has a chain of quests that must be followed in order to unlock better crafting abilities, and in an intriguing design choice, it’s not necessary – or maybe not even possible – to unlock all of them before the thirty days runs out. It doesn’t take too long to earn fairly decent upgrades for all of the characters, but once the first week is out, the level three and four quests require such lengthy trips around the map that the player is forced to focus on which playstyle suits them best, completing only those missions. Not fond of the slightly awkward combat? Then stay away from Blane’s hunting tutorials and spend time helping Wendy learn the recipes that will allow her to turn a basic set of ingredients into delicious, filling meals.

The quest structure is solid, and the management isn’t too daunting, although the survivors have a bad habit of not eating unless Jacob specifically puts every single item in their ration box. Failing to babysit them in this way can have catastrophic consequences during long foraging trips away. Apart from these sometimes-simpletons forgetting to feed themselves, these long foraging trips get Impact Winter into trouble for another reason… 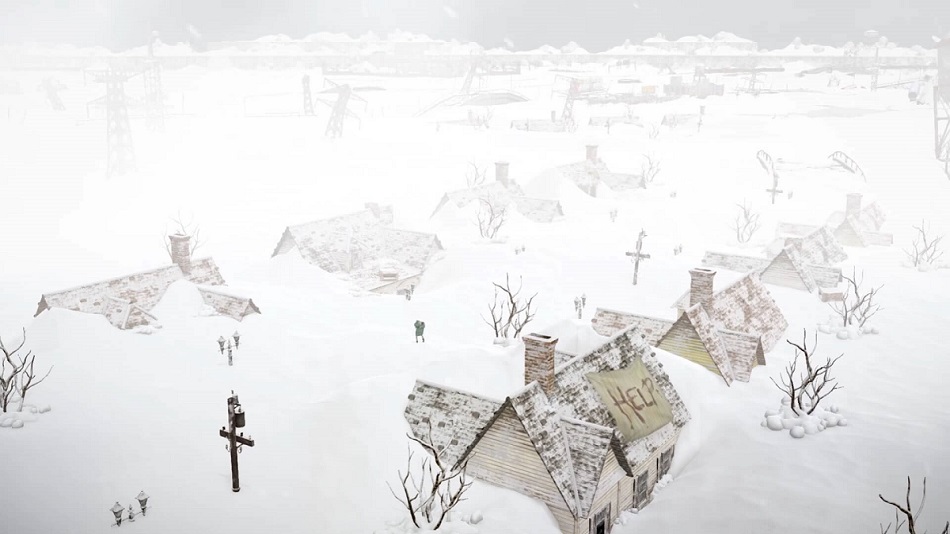 The world of Impact Winter is full of buildings that can be ransacked, cars that can be rifled through, and ice caves that can be explored. All of those areas are packed with items that can be grabbed, nearly all of which are important, no matter how innocuous they may seem. Everything from the rarest circuit board to the most common plastic bottle can be used to craft something, and the player will never know when they’re going to need a particular item. This means it’s always best to take as much as possible, and this is where the problem comes in.

Jacob starts the game with an extremely small inventory and it takes quite a while to walk from home base to any of the scavenging locations. This should be an adventure about exploring and surviving in a hostile wasteland, but the limited inventory system forces players to spend the majority of their time as a pack mule shuttling resources back to home base.

The developers seem to almost understand that this is a problem, since they set up a half-measure of a solution. At field camps away from home, the player can place items in a supply box. Then, while they sleep, their drone sidekick will ferry the items home. Unfortunately, field bases have to be constructed from surprisingly rare resources or purchased from traders, meaning that players will never have access that’s easy enough to facilitate much long-distance scavenging. Torchlight solved this problem years ago, and I can’t imagine why Impact Winter didn’t follow their example. It would be a simple thing to let the player send their drone back to camp whenever they wanted, and the tradeoff would be forcing them to manage without all of its incredibly useful abilities until it returned.

This one change would have changed Impact Winter from flawed and frustrating into being an accessible survival experience, and I find it nearly impossible to understand how the developers didn’t see and address the problem before the game was complete. That said, it’s entirely possible that the game isn’t complete – there are still plenty of bugs that cause the HUD to disappear and Jacob can get stuck in pieces of the environment. Fortunately, autosaves mean these problems never result in too much gameplay loss.

With its stark whiteout visual style and effectively somber soundtrack, Impact Winter comes incredibly close to being a survival game that could be enjoyed by just about anyone. Until the developers make that one fix, though, it will remain a game with tons of potential marred by a fatal flaw. Rating: 6.5 out of 10

Disclosures: This game is developed by Mojo Bones and published by Bandai Namco. It is currently available on PC. This copy of the game was obtained via publisher and reviewed on the PC. Approximately 13 hours of play were devoted to the single-player mode, and the game was not completed.  There are no multiplayer modes.

Parents: According to the ESRB, this game is rated Teen and contains fantasy violence, mild blood, and use of alcohol. Players can choose to increase their survivors morale by giving them booze, so that could lead to some interesting conversations, I think. As for the violence, it’s mostly-bloodless hunting, in which animals are shot, and then players search their bodies to pick up raw meat. So yes, a little gruesome, but nothing too damaging, I think.

Deaf & Hard of Hearing Gamers: You should be fine! Every audio cue I encountered had a visual counterpart, and all dialogue and story sections are presented as text.