The Mystery of the Disappearing Plot 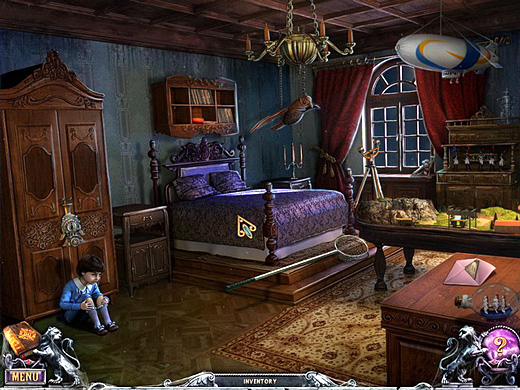 HIGH My, that statue is uncannily accurate…

LOW Realizing I couldn't fully complete the game because I missed an object two hours ago.

WTF Why is the Statue of Liberty on "Badlow" island?

Now that I've played a few hidden object games and developed a framework for reviewing them, I feel that I'm starting to get a firm grasp on what really makes a good or bad one. A strong setting is vital, as is a wide variety in the sub-locations where all the furious clicking takes place. House of 1000 Doors, the HOG I'm covering today, is a great example of using a creative premise to ensure that the second concern doesn't trump the first.

Set in a mysterious mansion that appears all around the world at different times, the game puts players in the role of a frustrated novelist who travels to the titular house to restore the good name of her family (and maybe get an idea for her next book). Or maybe she doesn't—the plot gets a little confused towards the end, although that will be addressed in a moment.

Criterion 1: To what degree do the puzzle screens look like a thrift store vomited on my monitor?

This isn't one of the genre's shining moments, by any means. Every item collection screen is full of random nonsensical clutter, along with a fair amount of trick items that can only be found by assembling other pieces of clutter or finding a secret sub-screen within the main area. To the game's credit, finding these items is made far easier by the fact that complicated items are highlighted in the list. The game also has a better explanation for the clutter than most. After all, if this house really travels through time and space, who's to say what random garbage it might pick up?

Criterion 2: Are the searches justified by the premise/story?

Not especially. It's bog-standard design right down the line on this front. Players move through a series of screens, unlocking doors and solving simple puzzles (or skipping them with the aid of an extremely fair hint system) until they find that they're missing a certain item. Suddenly a previous area is bathed in a magical glow, and it's time to find that item! (Along with twenty other arbitrary knickknacks.) Not especially disappointing, but the developers certainly weren't going the extra mile this time around. 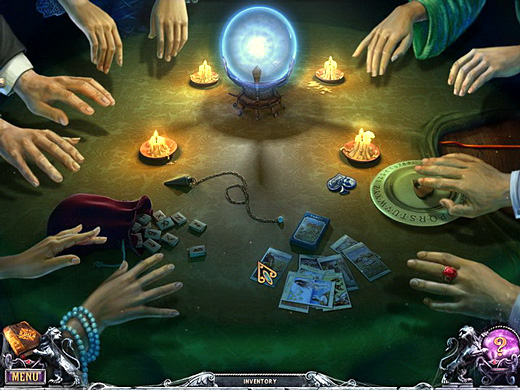 Criterion 3: How well do the various puzzles and object searches meld together to form a coherent whole?

House of 1000 Doors is something of an odd case, since the story that the player finds themselves participating in has very little to do with the plot they're promised at the outset.

After a chilling opening movie, the main character is contacted by a ghostly relative, and told that the only way to clear their family's name is to go to the house. So the player does, and finds herself tasked with traveling to the sites of a variety of murders—all involving a tragic death in the past (some more gruesome than others)—and solving puzzles to put the ghosts involved to a peaceful rest.

The bizarre part is that the main character's relative isn't mentioned. The nature of her scandal never comes up, and by the time the end of the game rolls around I'd almost forgotten what the point of the whole endeavor was supposed to be in the first place. It wasn't until the main character mentions in her final monologue that she'd gotten the evidence she needed to vindicate her ancestors that I was reminded of the game's purported storyline—and mildly annoyed, since nothing like that had actually happened.

After beating the game I discovered that the main story—really the entire central plot of the game, is entirely dealt with and resolved in a bonus unlockable chapter that's included only in the "collector's edition" of the game. Luckily the publishers were kind enough to provide me with that version for review, but I worry that anyone playing the standard game would come away completely disappointed (and somewhat baffled) by the utter lack of a resolution.

With all the ghosts, murders, and tragic histories one would expect from a gothic melodrama, House of 1000 Doors does a great job of finding an eerie tone for the game and giving players a consistent level of challenge as they explore their way through it. It definitely loses marks for the bizarre mishandling of its plot, but beyond that, the mechanics are solid, and it's successful at everything else it attempts. Rating: 7.0 out of 10.


Disclosures: This game was obtained via publisher and reviewed on the PC. Approximately 6 hours of play was devoted to single-player modes, and the game was completed.

Parents: According to the ESRB, this game contains blood, use of alcohol, use of tobacco, violent references. You should be a little concerned about letting your younger teens play this one. It's surprisingly gruesome for a HOG, as it features many tragic, brutal deaths. Also, it's set in the past, so everybody's casually smoking and drinking.

Deaf & Hard of Hearing: You should be just fine—after all, it's a hidden object game, and therefore entirely sight-dependent.