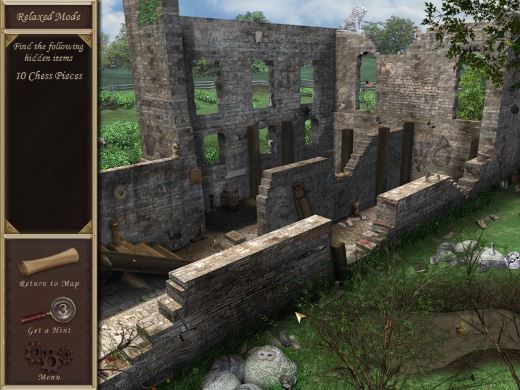 The Civil War seems like an odd setting for a hidden object game, given that a mass bloodshed fought over slavery might be a little too grave a subject to broach in the genre of 'finding nonsense in a field'. Hidden Mysteries: Civil War does nothing to dispel this notion. Mostly because it is one of the worst offenders when it comes to randomly throwing nonsense all over a screen with no consideration of theme, colour, gravity, relative size, or transperency. Hidden Mysteries is nothing but two hours of the developers shoving random items into the place where they'll be the least visible, then using whatever tricks they can to jack the difficulty just a little bit higher, like turning items invisible and really stretching the definition of certain words. 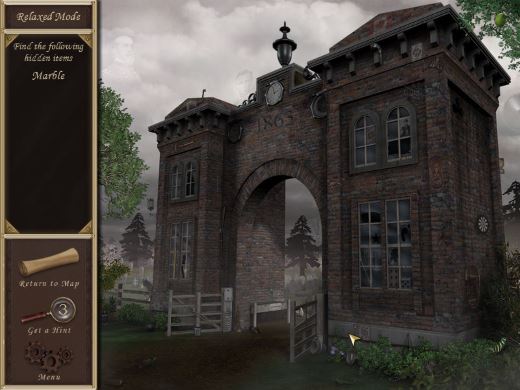 This might as well be the definition of that particular flaw. Every screen is a passably-rendered image representing a battle from the Civil war, which then has been covered with a hundred pieces of random clip art. It's difficult to express how difficult these screens are to beat – primarily because of their tiny size. I played this game in an obscenely stretched out fullscreen mode (it was originally made for 4:3 monitors) on a 32" screen, and I was still barely able to make out some of the items. I can only imagine how impossible this was on small, blurry monitors of the past. The last time I rearranged my desk and decided I would try using one of my monitors vertically instead of horizontally. A recharging hint button would have at least made the game playable for everyone, but for some reason – even in the so-called 'Casual' mode – the developers set a hard three-hint limit for each of the game's stages, making them an incredible chore to beat.

There is no premise/story to speak of, beyond a few letters offering backstory on the few characters that the game nominally follows over the course of the war. Beyond that, the player is just cleaning up anachronistic/nonsensical garbage from America's historic battle sites.

The only puzzles are a few 'decoding' puzzles that involve using basic reading comprehension to replace symbols with letters – and these have nothing to do with the object searches. There's an alternate history background story happening, where somebody's searching for a lost Mayan treasure, and a separate character manages to save Lincoln's life at Ford's theatre, but the searches are so random and unrelated to anything else going on that it's impossible for the game to build any sort of a narrative, leaving the player feeling like they're being asked to perform an arbitrary task just to unlock the next page of story text. Absolutely the opposite of integrated puzzle and HIG design.

Hidden Mysteries: Civil War is a bad example of a bad period in the genre, when developers would throw together a few screens that barely constituted them, then packaged them into a game. Hidden Object Games have come a long when since games like Civil War, and it's a perfect example of why it was so important for them to do so.

If you'd like to play along with my trip to the Civil War, enjoying the embarrassing spectacle of me trying to fill two hours of gameplay with extemporaneous monologuing about whatever comes to mind, then look know farther – the YouTube playlist is here!

If you so desire, Civil War can be purchased on Steam!