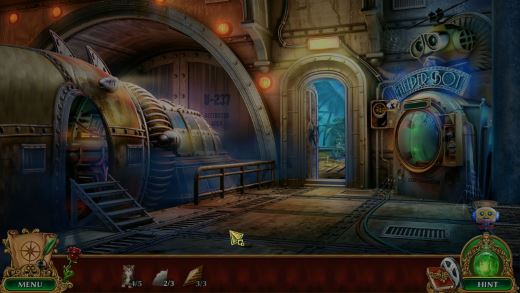 This review is going to be a little less precise than usual, as Emerald Maiden was the subject of the first ever Hidden Object Drinking Game, so my judgement can't be trusted 100%. Still, I'm fairly comfortable with the amount of attention paid to the game, and that this review will be fair. So, let's get to it!

Emerald Maiden is the story of a woman in 1980-something receiving a ticket to a mysterious undersea hotel. The woman in question is an orphan, and she has reason to believe that the preposterously-constructed vacation resort will have some clues as to what happened to her long-lost birth parents! Which is true, but there's so much more to discover as well! 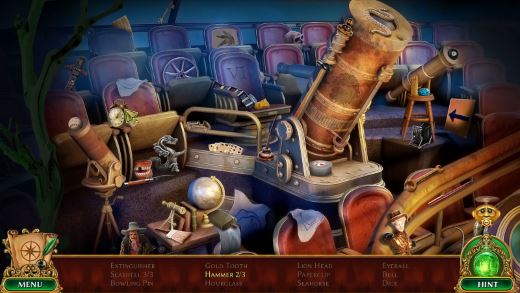 On to the Hidden Object Criteria!
Criteria 1: To what degree do the puzzle screens look like a thrift store vomited on my monitor?
It's fairly crude this time. The abandoned undersea facility isn't a new setting – Artifex Mundi already published a fairly naked rip-off of Bioshock, after all, but the Emerald Maiden resort just isn't in the kind of terrible condition that would justify the stacks of garbage strewn everywhere. It's a little more excusable once the player starts venturing into lucid dreams which don't necessarily follow real logic, but even then the game leverages dishonest design far more than is acceptable. There's basically every type of HOS cheating a game can do on display in Emerald Maiden – size, transparency, colour, placement – the game never encounters a type of cheating it doesn't like.
Criteria 2: Are the searches justified by the premise/story?
It's about 50/50 here. While the game is blessedly free of item placement screens, there are plenty of 12:1 screens, where the player is tasked with grabbing a load of garbage to find a single item. There are also a number of much more interesting 'item assembly' screens, in which the players has to gather a series of random items to construct something on the same screen. It's a refreshing change of pace that fits the setting really well, and is impressive here as it was in Clockwork Tales.
Criteria 3: How well do the various puzzles and object searches meld together to form a coherent whole?
Very well, actually. Emerald Maiden's puzzles are generally environmental in nature – finding items to interact with the world in concrete ways that all make perfect sense. Every now and then a discrete 'puzzle' pops up, asking the player to solve a game of pipe dreams or move symbols around a board – but they always make sense within their setting, and are never too aggravating. While Emeral Maiden certainly has a fantastical setting – undersea motel and dream machine, all in the year 1980 – but its developers have gone a long way to making sure that it's all internally consistent, and the game works well because of it.
Again, my fondness for this game may have been affected more than a little by my state of inebriation while playing it, but I must say that, beyond some sloppy HOS construction, this a solid and engaging adventure, one that doesn't wear out its welcome across the 3-4 hours it takes to beat. Would it have been nice if the developers had put in a little more work on the hidden object screens? Sure, but that does little to hold back an otherwise stellar adventure.
Interested to hear the increasingly-drunk playthrough of this game? Just check out this playlist!
Oh, and here's a picture of the drinks that were drunk during the course of the game! 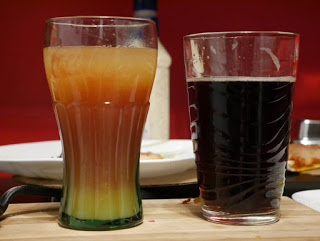