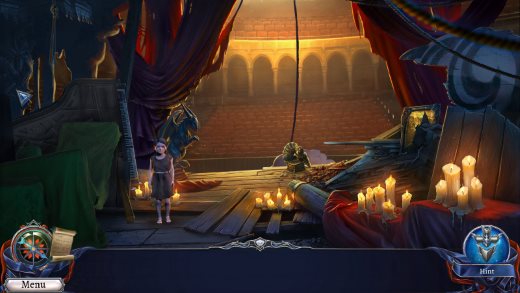 It's time for another HOGuru Preview! This time it's actually a Hidden Object Game! Will wonders never cease!?

Artifex Mundi was nice enough to provide a copy of Grim Legends 3 as part of their open beta testing program, wherein their fans play a slice of one of their new games and then fill out a survey about its content/playability. So there's really nothing exclusive about how I got the game – but AM was nice enough to allow me to post a playthrough video of  it, as well as some screenshots. 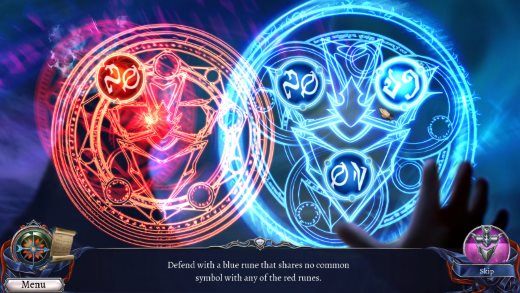 Obviously I'm not going to attempt a review at this early stage – the game is still a ways from complete after all, but as of right now I'm fairly impressed. The setting and characters are interesting – my first thought was that these roof-running monster hunters would best be described as a mixture of Castlevania and Assassin's Creed, but then they started calling themselves 'The Order' and I realized that AM were deftly ripping off that title, which is already kind of a combination of the things I mentioned.

While the premise may be overly familiar, what blew me away about Grim Legends 3 was how much AM manages to innovate within the HOG/point and click adventure genre. There's a great scene where the player must craft a plan to deal with a monster, rather than just have the game spoon-feed them the answer as part of the plot. There's one of the most visually interesting "hit all the points on a map without doubling back" puzzles I've ever encountered. The real stand-out, though, was the way the game kept managing to offer exposition during puzzles, including a wonderfully touching puzzle box that explains the relationship between two characters.

Check out the video for my thoughts on and experiences with this upcoming title!

Grim Legends 3 isn't available for purchase yet, but Artifex Mundi has plenty of other games on offer.

I also noticed a very ‘Assassin’s Creed’ feel to the game. The rooftop running, the scaling large buildings, the name “The Order”, and even the classic ‘pull-your-hood-up’ moment. It’s still a very good game. The visuals are stunning and the game seems to take a step beyond being just another point and click HO game.