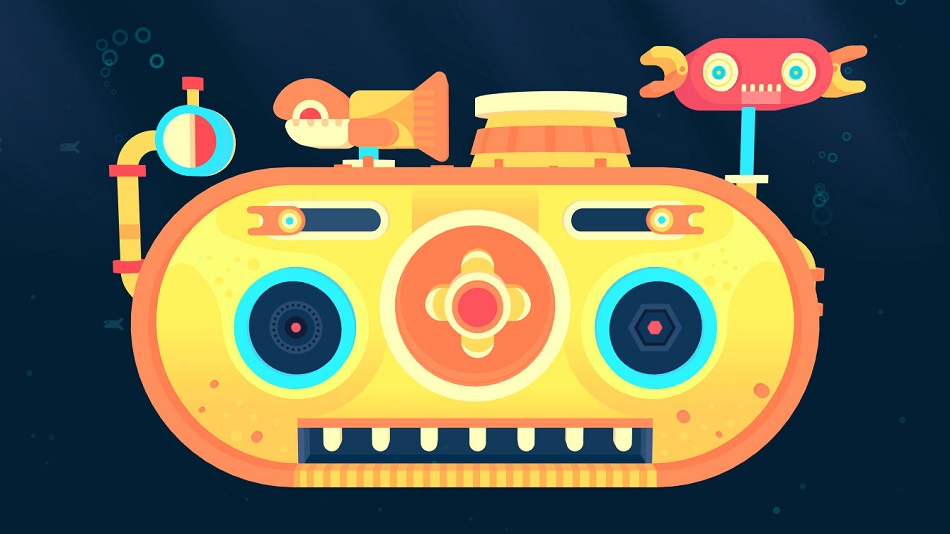 WTF So I’m helping a thief rob people? That got dark.

GNOG is almost crushingly cute. The game takes place over nine levels, each one set in and around a floating head full of adorable creatures and big chunky puzzle elements. There’s also a papercraft look to the designs, making everything feel simple and comforting, as if it were an entire game assembled as a class project by a clever group of kindergarteners.

The philosophy here is communication though design. GNOG has no interest in explaining things to its players – the goal is to place them in front of a bizarre, themed head and let them uncover its secrets on their own. There’s no real story, either. The framing device involves a man setting up a new apartment and each new puzzle comes out of a shipping container, but I’m not sure how important the world outside the puzzles actually is – it’s not like the story builds up to any kind of a climax. No, the story is the gameplay, and GNOG has that covered.

GNOG‘s nine levels feel like hyper-advanced Fisher-Price playsets. Each one is built on a theme – ‘kitchen’, ‘candy store’, or my personal favorite, ‘log’. Players start with a floating head which is also clearly something else, and they have to grab pieces of them, spin them around, and turn wheels in order to open up new sections and gradually figure out what they’re supposed to do to complete the puzzle. For some of them it’s patently obvious – a damaged spaceship obviously needs to be repaired. Others, like a stacked set of apartments, can be devilishly clever. 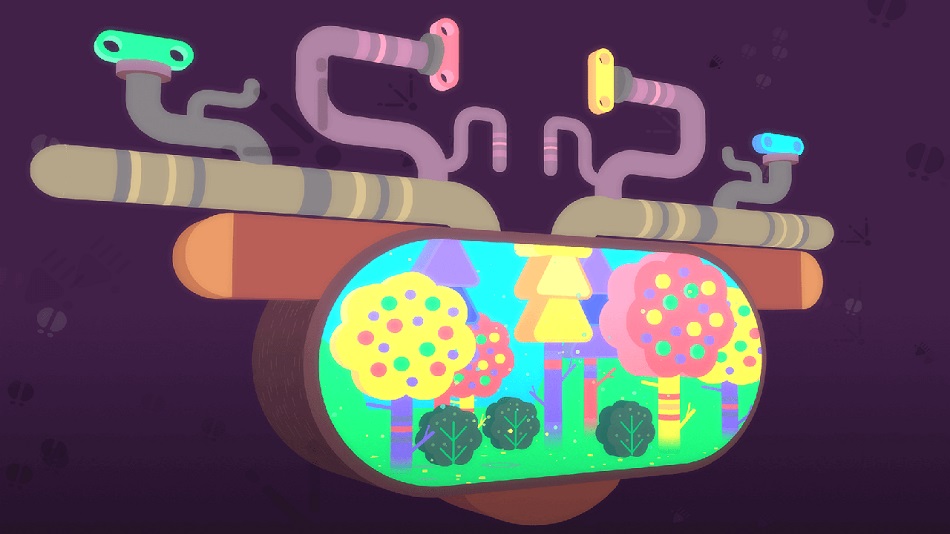 Fundamentally, this isn’t a complex game – there’s only one solution to each puzzle, and while a few steps can be baffling, even the most casual player will be able to muddle their way through just by grabbing every part until they get a positive reaction. GNOG‘s biggest delights come from the consistently-surprising results that actions have, and never once after figuring out a puzzle did I feel that the solution was arbitrary or random. Even when I struggled, things were clear in retrospect.

Since all the puzzles are fairly linear, there isn’t a huge amount of replay value here. Young children might enjoy toying with the puzzles over and over again, and I’d wager that this would be a perfect ‘first game’ for children leaning to solve simple puzzles. For adults, though, unless they’re looking to zen out with the pleasing pastel palette and catchy tunes, there won’t be much reason to come back after the hour it takes to complete.

GNOG‘s gameplay doesn’t change at all in PSVR – it’s exactly the same game with the same controls, but now players are presented with a whole world around the floating puzzle heads. A lot of work has gone into designing these backgrounds, and they all fit their subject matter perfectly, as well as being attractive sights in their own right. In addition to the fact that the heads simply look better as three dimensional objects floating in space, I found the puzzles easier to wrap my own head around when was able to get a look at them in 3D to get a visual sense of how everything was interacting. PSVR owners will get a better-looking game and a more engrossing experience, but non-VR players won’t miss anything substantive.

If GNOG were five dollars cheaper I’d put it up as a can’t-miss PSVR experience and a solidly diverting PS4 puzzle title. As it is, however, I’d warn that it really is just an hour long, and ask how much money players are willing to spend on such a brief experience. It looks and sounds great, and it really is the kind of light puzzle experience that all ages can enjoy, but it’s definitely over too soon. Rating: 8 out of 10

Disclosures: This game is developed by KO-OP and published by Double Fine. It is currently available on PS4 and PSVR. This copy of the game was obtained via publisher and reviewed on the PS4 and PSVR. Approximately two hours of play were devoted to the single-player mode, and the game was completed. There are no multiplayer modes.

Parents: According to the ESRB, this game is rated E10+ and contains crude humor. I honestly have no idea what that warning is about. A papercraft bird eating a papercraft worm and then vomiting confetti into the mouths of baby birds? Because that’s the most objectionable thing in the game, and I’m shocked that it could warrant an E10+.

Deaf & Hard of Hearing Gamers: Many of the game’s puzzles have audio components that make it clear when the player’s actions are successful or not. There are always visual cues as well, but things will be a little less clear without audio.

Colorblind Modes: There are no colorblind modes available in the options. This may cause a few problems as there are two different puzzles that rely entirely on color identification.